A passerby took a double-take when he spotted a guard dog sitting in the front of a security patrol car with two more huge hounds in the back on a London street.

Andrew Threlfall, 46, said the three German Shepherd-style dogs seemed almost human as they travelled in the vehicle, looking out of the open windows.

The video, taken in Notting Hill, London, shows three happy canines sitting in a car marked with ‘dog section’ as it is stopped at traffic lights 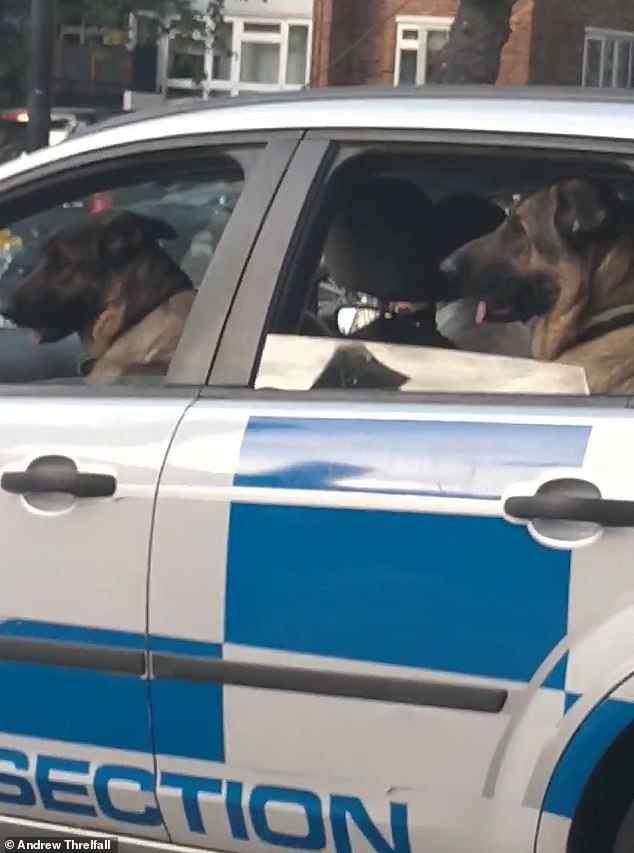 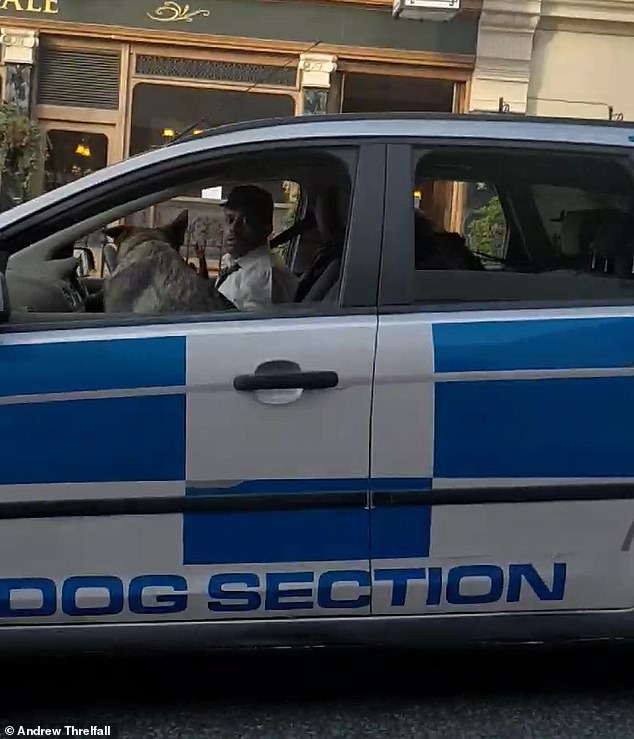 The video, taken on July 29, shows the three German Shepherd-type dogs travelling in the seats in Portobello Road

From the pavement it looks as though there aren’t any humans in the car.

Mr Threlfall said: ‘As the dogs were travelling past the pub everyone turned to look as it looked from the pavement as if the dogs were driving the car.

‘It wasn’t until I got up to see it we could see a human was driving. It was uniquely crazy, I’ve never seen anything like it.’

The video was taken around 7pm on July 29. 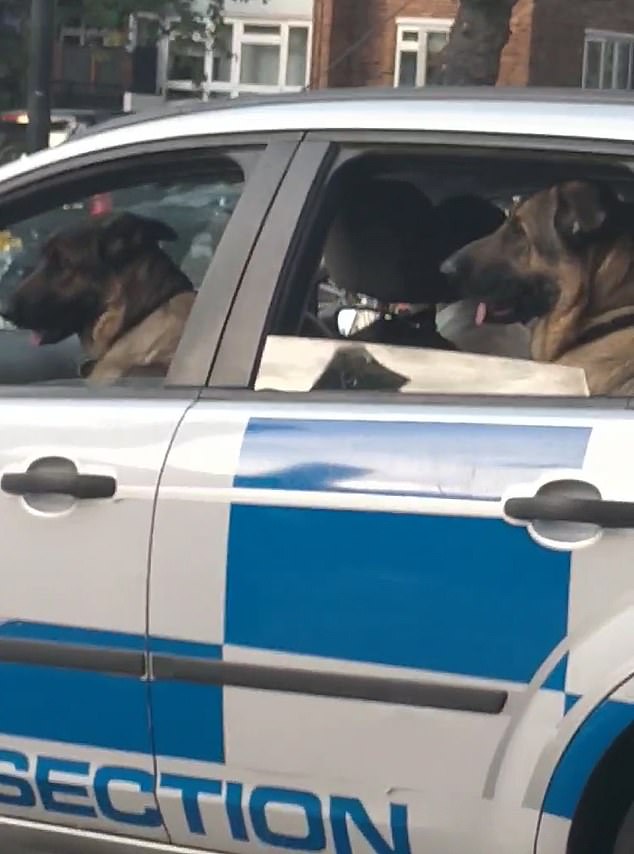 The dogs live their best human life as they cruise down Portobello Road with the windows open.

Just as the car begins to move, the canine in front passenger seat instinctively sits, and they stick their heads out the window for some fresh air.

Dogs are allowed to travel inside a car but they need to be suitably restrained with a harness or other support in line with rule 57 of the Highway Code.

Drivers risk a maximum fine of £5,000 if they do not comply.