By Aap and Alex Michael For Daily Mail Australia

Australia’s Eurovision Song Contest entry Montaigne has missed out on qualifying for the final of the competition.

The singer-songwriter – real name Jessica Cerro – was forced to perform her song Technicolour remotely, sending a prerecorded ‘live’ entry which was broadcast at Wednesday’s semifinal.

Fail! Australia’s Eurovision Song Contest entry Montaigne has missed out on qualifying for the Grand Final of the competition – the first time Australia has failed to gain entry since first being granted entry in 2015

In missing the event, Montaigne made history as the first person to ever compete in the contest without setting foot on-stage.

This is the first Australia has failed to qualify for the Grand Final since being granted entry into the competition in 2015.

Her performance was unable to contain all the bells and whistles of her opponents and stuck out like a sore thumb. 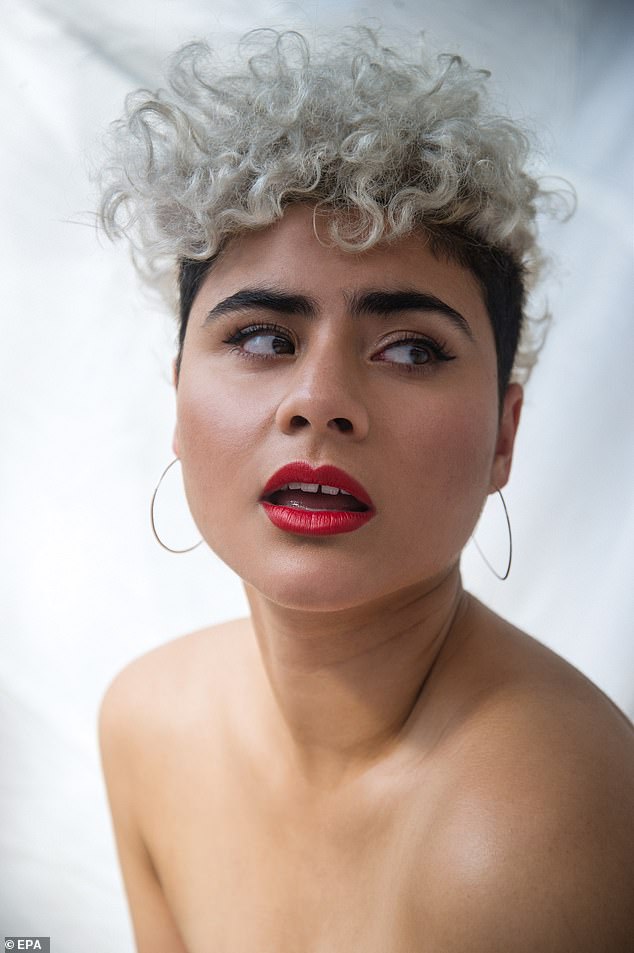 No-show: In missing the event, Montaigne made history as the first person to ever compete in the contest without setting foot on-stage.

Five of the other sixteen competing countries failed to make the Grand Final In addition to Australia: Croatia, North Macedonia, Romania and Slovenia.

In a post on Instagram in April, Montaigne, 25, singer announced she was unable to travel to Rotterdam in the Netherlands.

‘I regret to inform you all that I will not be travelling to Rotterdam for Eurovision this year. I WILL still be participating remotely. We will send my performance of Technicolour from Australia,’ she wrote.

‘I am sad to not have gotten the opportunity to perform on the big stage but grateful that I got to wear two years of Eurovision in a row, during a pandemic nonetheless, which is truly a once in a lifetime opportunity.

‘Thank you all for your support, and please, if you love Technicolour, send your douze points in for Australia!!! Love you all x’.

‘Douze,’ means twelve in French and is the maximum amount of points one country can award another for a performance.

Montaigne also shared a video she recorded for SBS, where she spoke to Eurovision organisers about not being able to attend.

‘I actually am still competing at Eurovision this year. I will just be doing it here in Australia instead of at Rotterdam, ’cause you know…’ she explained.

Montaigne was supposed to perform at last year’s Eurovision, but the event was cancelled amid the ongoing coronavirus pandemic.