Schoolies are being confronted by evangelical preachers who are using the annual celebration as an opportunity to convert young people to christianity.

A group of ‘preachers’ from the organisation Youth For Christ Australia (YFCA) have been spotted wandering the glitter strip with signs reading ‘free healing’ and ‘Jesus is king.’

It’s all part of their evangelical efforts to target teens attending Schoolies, held between the 16th of November and the 8th of December on the Gold Coast.

Other preachers were seen giving street sermons to the teenagers, telling them to stay away from drugs and alcohol.

YFCA claims to ‘rescue and restore the lost youth of Australia through peer-to-peer evangelism and discipleship.’ 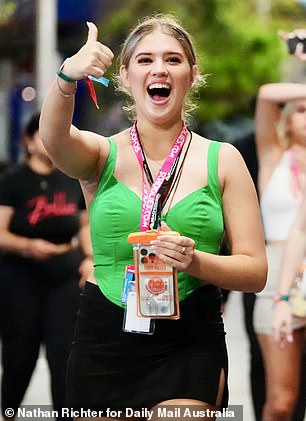 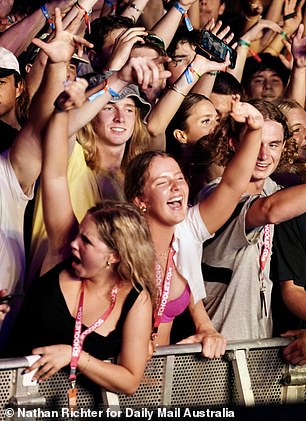 This year, the group says it’s focusing on transforming the lives of young men, who they claim are ‘lost boys,’ with outreach at events such as Schoolies.

As teenagers walked through the glitter strip, one particularly worked-up preacher yelled he’s ‘never had sex’ because he wants to ‘get the lord’s blessing before I start undressing’.

‘See me anytime of the day and you’ll see how happy I am, it’s because I know Jesus,’ he told the crowd of teenagers.

‘I wake up each day happier than the last and you guys can have that too.

‘It’s so simple, just say yes to Jesus and no to everything else.’ 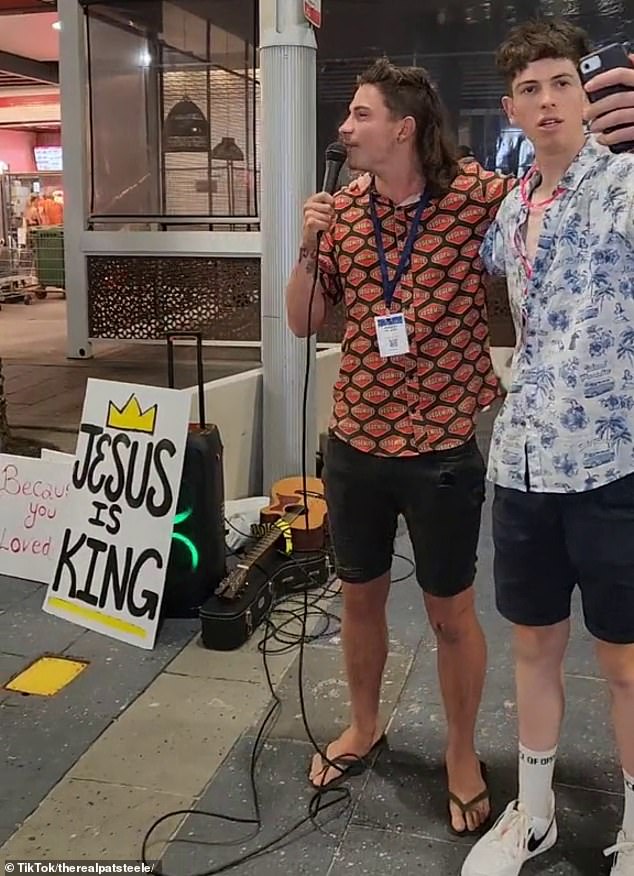 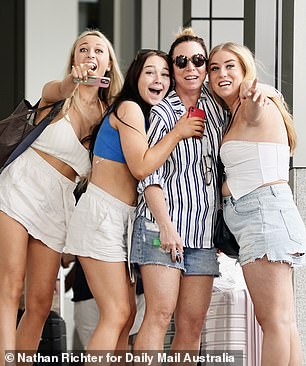 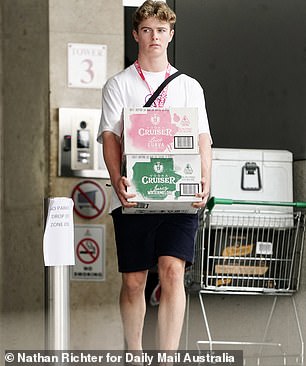 Atheist Foundation of Australia said being ‘accosted’ can be a confronting experience and isn’t appropriate for Schoolies (pictured, Schoolies revellers)

The group also claimed it had ‘healed’ several injuries while at Schoolies.

But not everyone’s impressed with the group’s teaching methods.

President of the Humanist NSW chapter Murray Love told Daily Mail Australia: ‘No one should be pressed into making major decisions until they’re mature enough to do so.’

Andrew Skegg, president of the Atheist Foundation of Australia, added that being ‘accosted’ by religious groups can be a confronting experience.

‘Any theological framework which encourages the view you are a “worthless sinner in desperate need of salvation from a father figure” inevitably devalues humanity,’ he said.

‘Rather than spend their time preaching to others perhaps these street evangelists should spend more time actually helping young people? Luckily, anyone can do this as it does not require any belief in the supernatural to achieve.

‘Many atheists were once religious, including myself, and lifted away from religion for a variety of reasons. 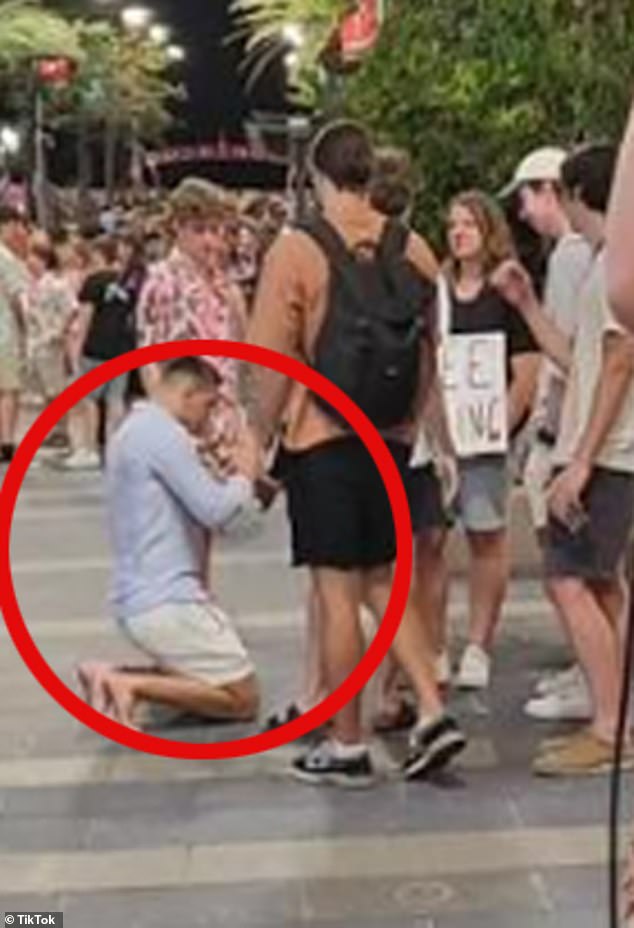 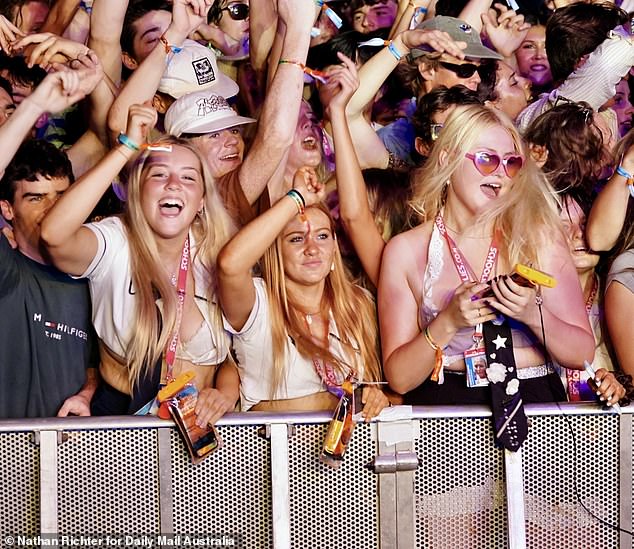 Schoolies is an infamous breeding ground for bad behaviour with this year’s cohort reporting being offered free drugs on the streets and at official events (pictured, school-leavers at a Schoolies event)

‘Some are appalled by the church’s attitude towards the LGBTQI+ community, their stance on women’s health care rights, the inherent misogyny and patriarchy or just the weirdness of it all.

‘So we often have a sort of pity for the deeply religious street preachers who loudly condemn passing pedestrians as “sinners”, “evil”, “wicked”, “broken”, or “in need of salvation”. We’re none of those things.’

However, the group’s loyal following applauded them for sharing positive messages at the party event.

‘I guarantee you just saved someone’s life by sharing yours,’ another said.

‘Even if one of those kids goes away thinks about what you were saying makes all the difference. Plant those seeds brother,’ another commented.

Schoolies is an end-of-year celebration for school-leavers celebrating their graduation.

While the company holds events in several locations, Surfers Paradise is known as the ultimate party hotspot. 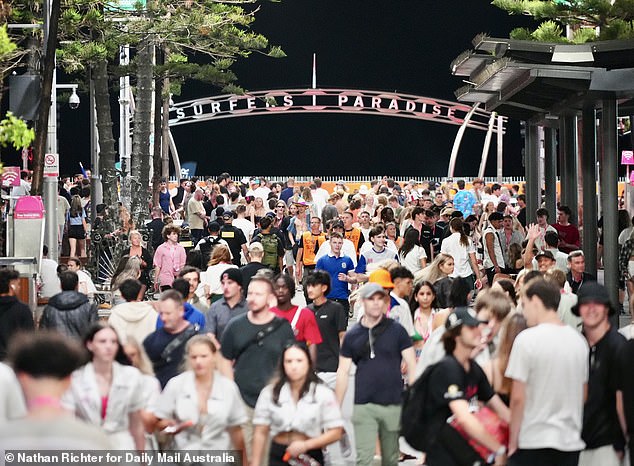 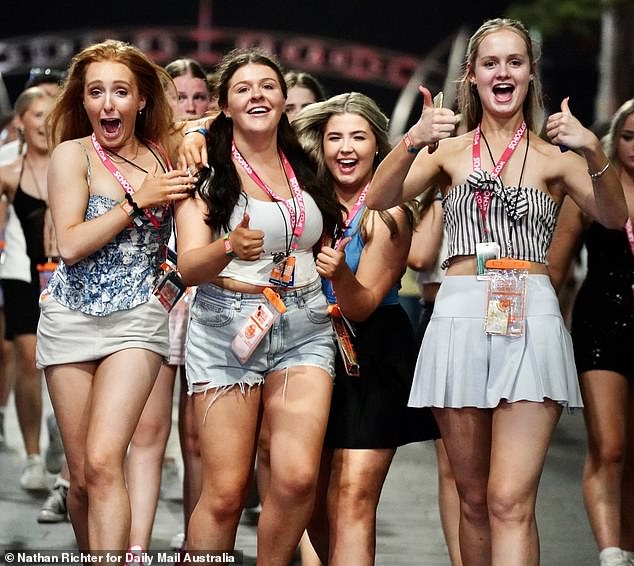 The three-week long party is an infamous breeding ground for bad behaviour with this year’s cohort reporting being offered rugs on the streets and at official events.

Queensland Police said officers on the ground believe about 25,000 people attended Surfers Paradise Schoolies events on the Gold Coast in the celebration’s first weekend despite only 17,000 official wristbands being collected.

‘The school-leavers are actually behaving on par or better than previous Schoolies years,’ he said.

‘We’ve not seen that sort of behaviour replicated and demonstrated by the non school-leavers.

‘If you misbehave, you are picking a very, very bad time to do so — we have police everywhere.’

Police made 165 arrests during the first week of celebrations but less than a third were school-leavers with overage ‘toolies’ responsible for most of the bad behaviour. 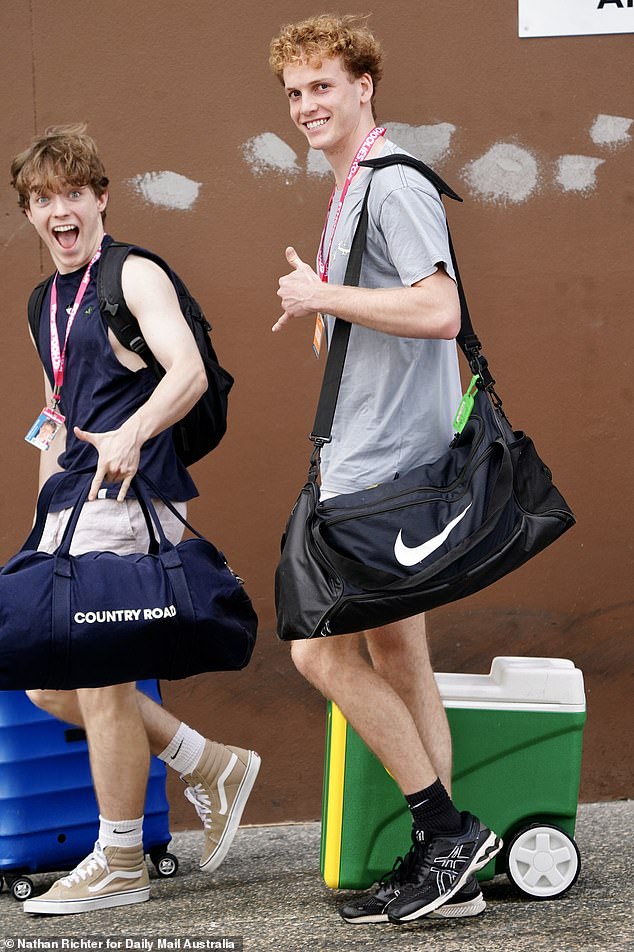 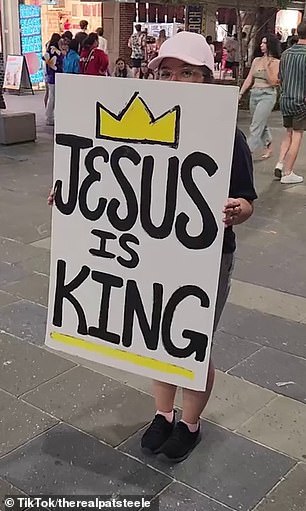 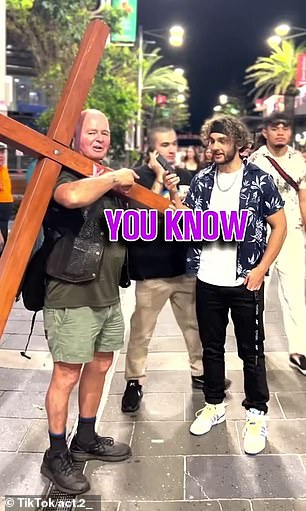 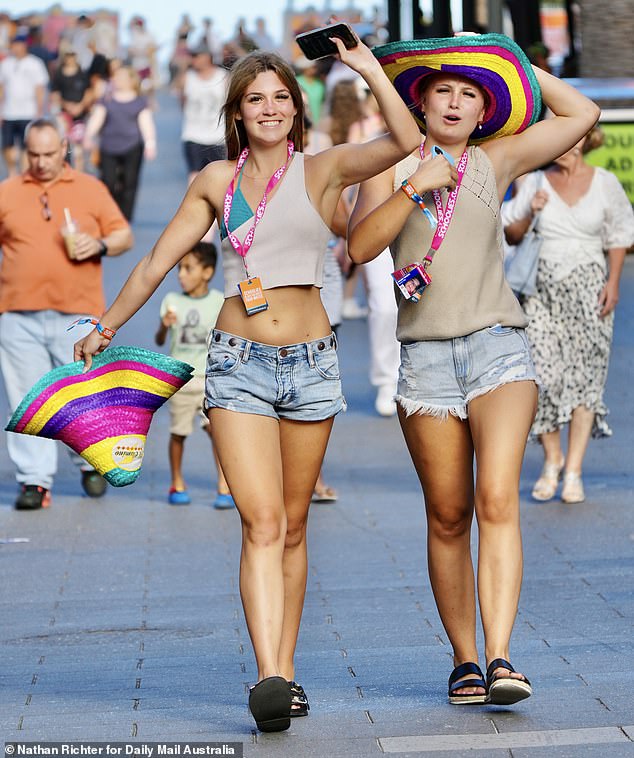