Black bear cubs climb down a tree in adorable video from Whistler in British Columbia, Canada

Three black bear cubs help one another climb down a tall tree in a cute video.

The heart-melting footage from Whistler in British Columbia, Canada, shows the cubs carefully climb down together.

With each step, the trio takes a cautious glance below before moving their paws to their next spot. 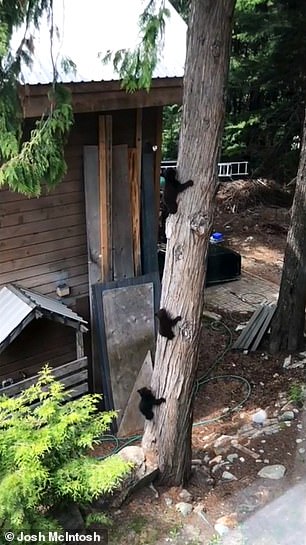 These three un-bear-ably cute cubs tackle the tricky descent from the top of a tree in Whistler, Canada, battling the journey down together

Posted by Josh McIntosh on May 16, the cubs appear to be making an adorable homage to the 1996 spy-adrenaline flick Mission: Impossible.

The cute cubs mirror the strength and balance of the film’s lead Ethan Hunt, played by Tom Cruise.

Since being posted online, the video has attracted more than 300,000 views on the Facebook page Go Whistler. 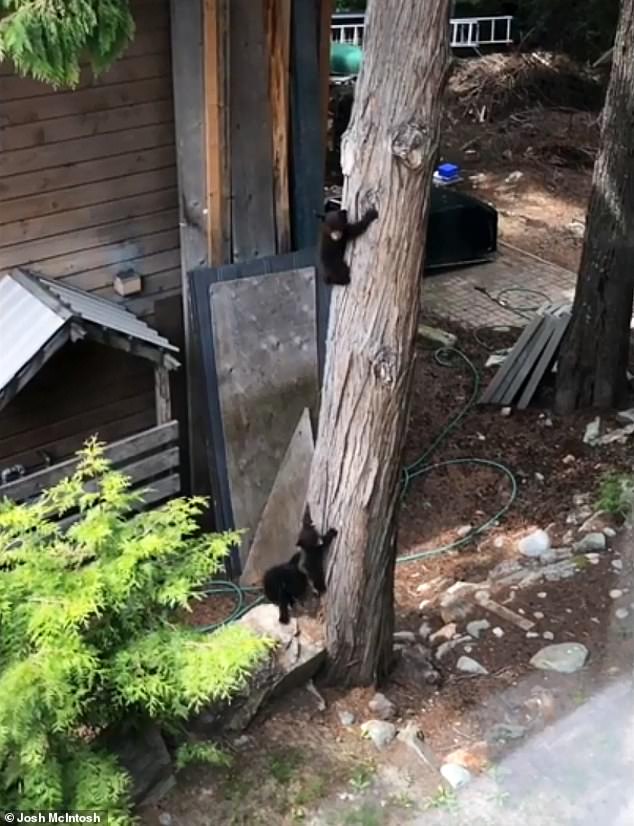 Upon reaching the ground a couple of the cute black bear cubs in Whistler, Canada, nearly take a tumble

According to Get Bear Smart Society, there are 50 black bears in the municipality of Whistler, as well as 10,000 residents and 10 million annual visitors.

While they may appear ‘cute and cuddly’, the society recommends that people keep their distance from the carnivorous mammals at all times.

Sylvia Dolson, executive director of Get Bear Smart Society wrote online: ‘The single best piece of advice is stay at least 100 metres away from all bears.

‘Do not approach them, not even for a photo. And never, ever, EVER feed a bear.

‘Feeding bears changes their relationship with people – once they see people as a source of food the road to conflict is short and bears are killed to protect human safety.

‘Keep bears alive by keeping them at a distance.’ 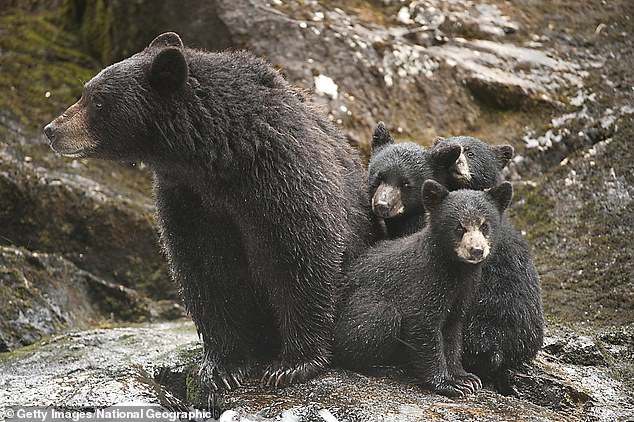 There are around 50 black bears in Whistler, Canada, but more than 900,000 in North America featuring in 40 of the 50 United States (stock image)

There are more than 900,000 black bears in North America.

While the mammals prefer to live in the forests, they enter areas with human populations in search of food.