Black cab rapist John Worboys is to stay in jail for now after his victims won a landmark case against the decision of a parole board to release him.

Three judges at London’s High Court gave the bombshell ruling after lawyers for two victims argued the decision to free the 60-year-old serial sex attacker was ‘irrational’ and should be overturned.

Worboys was jailed indefinitely in 2009 with a minimum term of eight years after being found guilty of 19 offences, including rape, sexual assault and drugging, committed against 12 victims.

But there was outrage earlier this year when it emerged he was to be freed having served just 10 years.

Three judges today ordered the Parole Board to carry out a ‘fresh determination’ – and the serial sex attacker will remain in prison pending the outcome.

Just minutes before the decision was announced, it emerged the chairman of the Parole Board, Professor Nick Hardwick, had quit.

It is understood his decision came after he met Justice Secretary David Gauke last night. 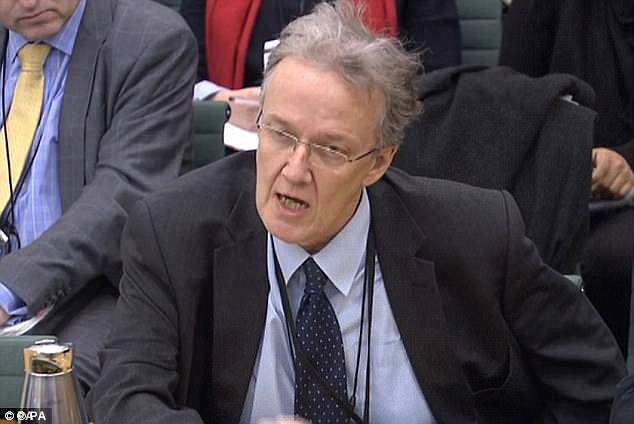 The Parole Board decided to free Worboys after finding he did ‘not to hide negative thoughts and feelings’ during ‘positive’ treatment with psychologists.

They claimed the former black cab driver had shown ‘good insight’ into his risk factors and triggers and how to manage them.

Two of Worboys’ victims brought a landmark legal challenge against the board’s decision, which they said was ‘irrational’ and should be overturned.

They said the Parole Board should have taken into account ‘critical evidence’ of the ‘wider allegations’ against Worboys.

Three judges at London’s High Court are to give their decision on the appeal this morning.