A black comedian decided to make light of the viral Starbucks arrest by asking a white employee at a different location for a free coffee, citing ‘reparations.’

Bryan Sharpe, a comedian and author who goes by ‘Hotep Jesus’ on social media, posted the video of him walking in a coffee shop and asking for the cup.

‘I heard y’all are racist, so I came to get my free coffee,’ Sharpe is heard saying after greeting the employee, named Amanda.

‘I saw that,’ she responds before continuing to put distance between the two branches.

Bryan Sharpe, a comedian and author who goes by ‘ Hotep Jesus ‘ on social media, posted the video of him walking in a coffee shop and asking for the cup

Sharpe asks if the store is participating in the fictional ‘Starbucks reparations’ and Amanda quickly obliges, clearly going along with the stunt.

She adds: ‘I saw that on my Twitter feed last night and I was like ‘What the F**k?”

While waiting for his coffee, Sharpe commends Amanda willingness to help out, stating ‘this is justice, this is what I am talking about’ and ‘great customer service.’

The two continue talking about the incident in Philadelphia as another employee engages with them.

Sharpe then suggest that Amanda throw some milk into the cup and she obliges, yet again, asking what kind he would like. He responds ‘whole.’ 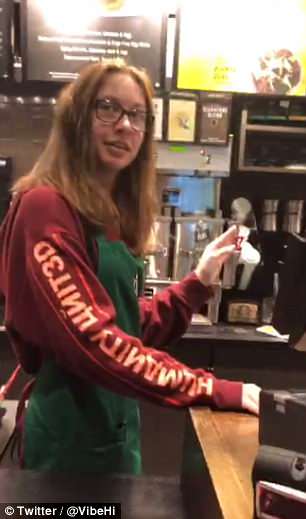 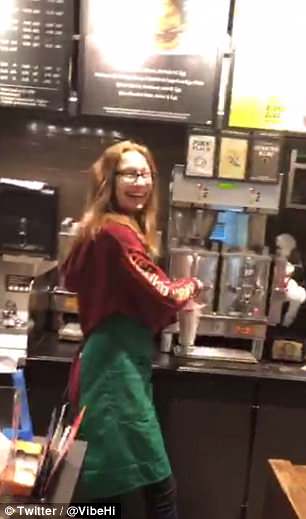 ‘I heard y’all are racist, so I came to get my free coffee,’ Sharpe is heard saying after greeting the employee, named Amanda

The comedian makes it a point to reiterate the cause for the joke.

‘Black lives do matter,’ Amanda quickly replies back at the comedian, before asking if he wants any flavor in his drink.

Sharpe states that he wants Caramel and ask if it’ll make the coffee sweet.

‘Do you want it to?’ the employee responds before adding more. 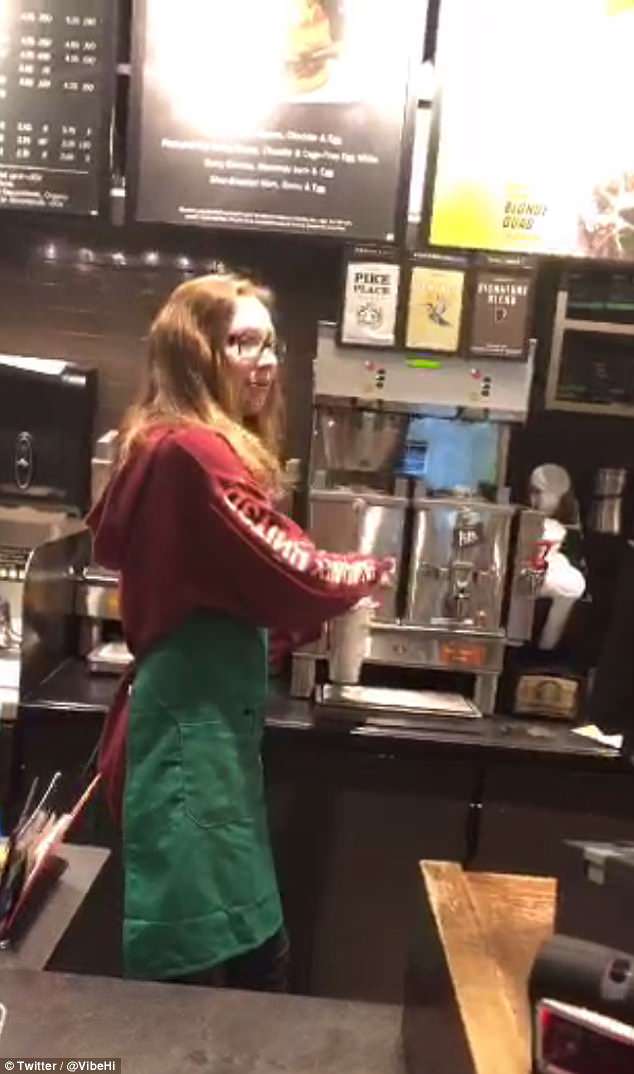 Amanda quickly obliges Sharpe and even offers him milk and flavors. At one point Sharpe states that ‘Black Lives Matter’ and Amanda replies that they do 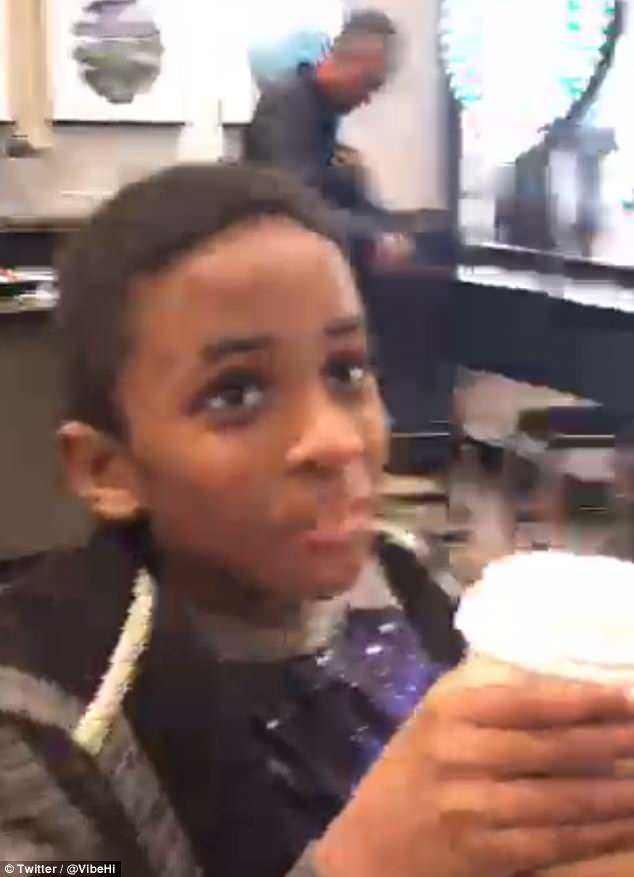 As the exchange runs its course, Sharpe makes it a point to get the woman’s name, adding that he is appreciative of her service.

‘It is actually my last day here until the fall, Amanda informs the comedian.

‘I’m a student and a writer and our finals are starting next week so I had to stop working so I could focus on my finals and go home for the summer.’

‘I wish you the best,’ Sharpe says before walking out of the store.

‘Black privilege gets me free coffee,’ Sharpe later says on Facebook, continuing with the prank. ‘I love racism. Only in America.’

Starbucks Corp on Tuesday announced it would close 8,000 company-owned U.S. cafes for the afternoon on May 29 to train nearly 175,000 staff on how to prevent racial discrimination in its stores.

The announcement from world’s biggest coffee company comes as it tries to cool tensions after the arrest of two black men at one of its Philadelphia cafes last week sparked accusations of racial profiling at the chain.

Protesters have called for a boycott of the company, in what has become the biggest test yet for Chief Executive Kevin Johnson, who took the helm about a year ago.

‘While this is not limited to Starbucks, we’re committed to being a part of the solution,’ said Johnson, who has apologized for the ‘reprehensible’ arrests of the two men and taken responsibility for the incident. The pair were later released without charge.