A leading organization of black conservatives is urging the Kennedy Center to strip Tina Fey of her prestigious Mark Twain Prize for American Humor over the use of blackface in her hit sitcom, 30 Rock.

Earlier this week, Fey and her 30 Rock co-creator Robert Carlock requested that four episodes of the show from all streaming services because they feature the racist trope.

On Friday, Project 21 penned a letter to the Kennedy Center saying Fey’s request was an admission of her own ‘ugliness’, and asked them to rescind the award they gave her back in 2010.

‘We are not trying to cancel Tina Fey. Tina Fey cancelled herself when she asked Hulu to purge offensive episodes of 30 Rock, calling the fruits of her creativity ‘ugliness,’ Project 21 co-chair Horace Cooper later said in a statement.

Project 21, a leading organization of black conservatives, is urging the Kennedy Center to strip Tina Fey of her prestigious Mark Twain Prize for American Humor over the use of blackface in her hit sitcom, 30 Rock. She is pictured receiving the award in 2010 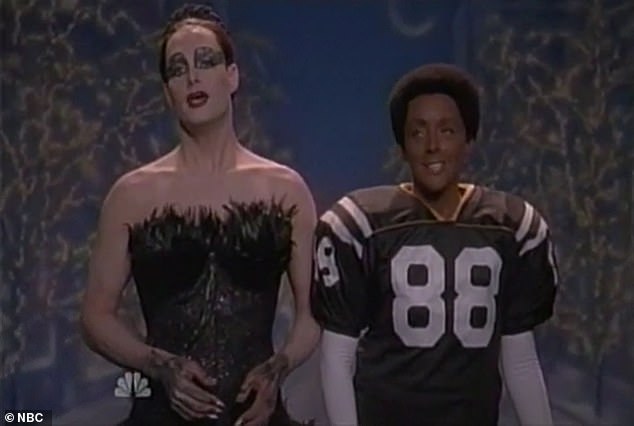 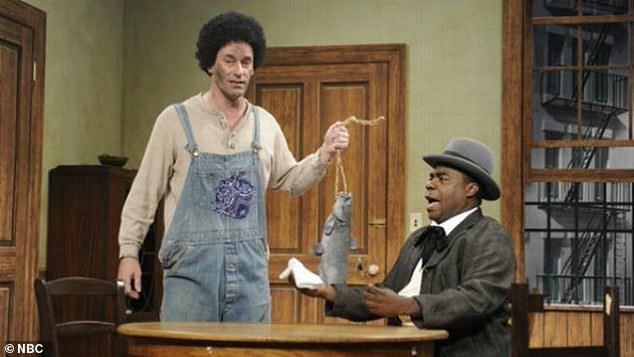 The letter notes that two of the four 30 Rock episodes which feature blackface had been co-written by Fey.

It also goes on to claim that Fey has not yet addressed ‘other racial concerns raised about her comedic devices’, including the criticism ‘for stereotyping Asians as hyper-sexual and looking for green cards’.

The signatories of the Project 21 letter further point out that the Kennedy Center has already stripped another comedian of the Mark Twain Prize, when they recently revoked the 2009 award which was given to Bill Cosby.

‘We are asking you to make an immediate public statement announcing your intention to rescind Ms. Fey’s Twain Prize and convene a meeting of the Kennedy Center Board of Trustees to effect that change at its earliest convenience,’ the letter concluded.

The Kennedy Center has not publicly acknowledged receipt of the Project 21 letter, and Fey has also not released a statement as to their request. 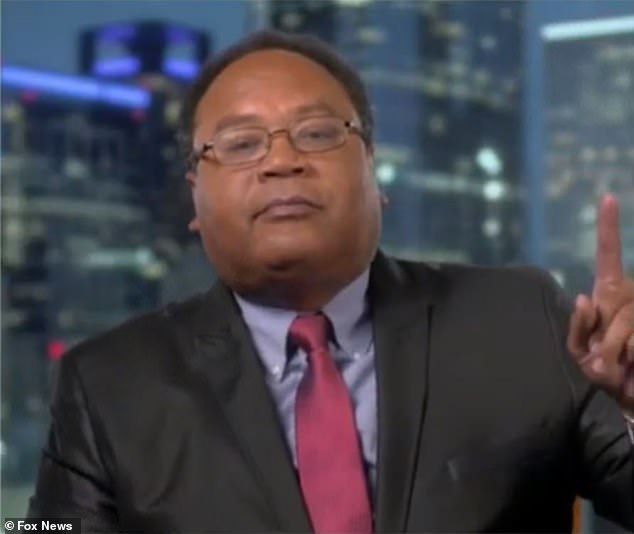 ‘We are not trying to cancel Tina Fey. Tina Fey cancelled herself when she asked Hulu to purge offensive episodes of 30 Rock, calling the fruits of her creativity ‘ugliness,’ Project 21 co-chair Horace Cooper (pictured) stated

Last week, Fey announced that she was urging NBCUniversal to remove four episodes of her show from syndication and streaming services.

‘As we strive to do the work and do better in regards to race in America, we believe that these episodes featuring actors in race-changing makeup are best taken out of circulation,’ she wrote.

‘I understand now that ‘intent’ is not a free pass for white people to use these images. I apologize for pain they have caused.

‘Going forward, no comedy-loving kid needs to stumble on these tropes and be stung by their ugliness. I thank NBCUniversal for honoring this request,’ she concluded.

In the former, she puts on blackface while her co-star Tracy Jordan (Tracy Morgan) lightens his skin and dresses as a woman to determine if white women or black men face greater struggles in society.

In the latter episode, Moroney wore blackface to dress as former Pittsburgh Steelers star Lynn Swann, while her boyfriend (guest star Will Forte) dressed as Natalie Portman in a spoof of her film Black Swan. 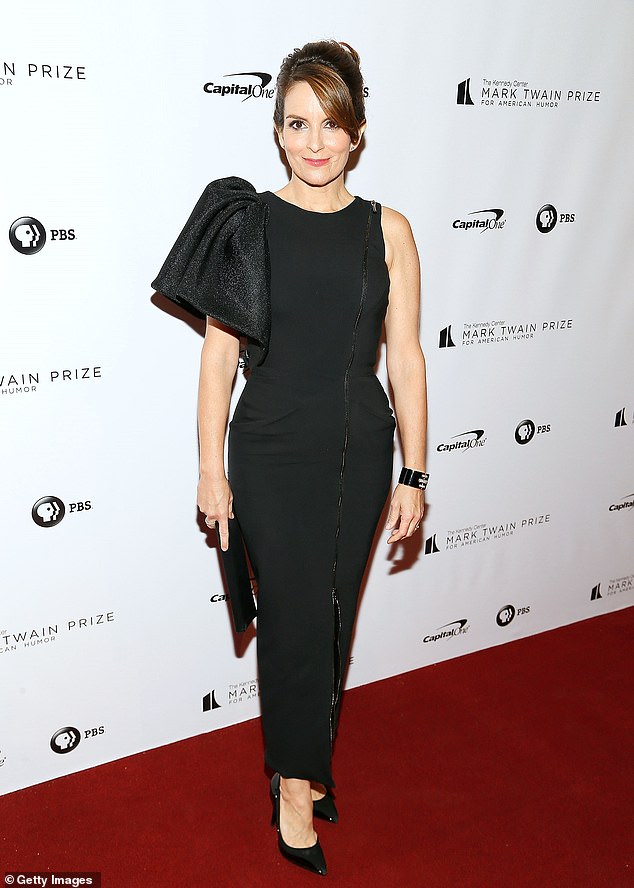 Four episodes of 30 Rock featuring the use of blackface have been removed from streaming services, digital rental outlets and syndication at the request of Tina Fey, co-creator Robert Carlock and NBCUniversal; pictured in 2018

His character also spoofed the racist characterizations in Disney’s Song Of The South, which has long been out of circulation.

The removal of the episodes comes amid moves by companies and brands to appear anti-racist, following protests that erupted across the nation that were inspired by the police killing of George Floyd and numerous other Black men and women.

Amid the furor, Gone With The Wind was removed from the new streaming service HBO Max, though the film will return sometime in the future with additional warnings about its racist content and new discussions that provide context for the 1939 epic. 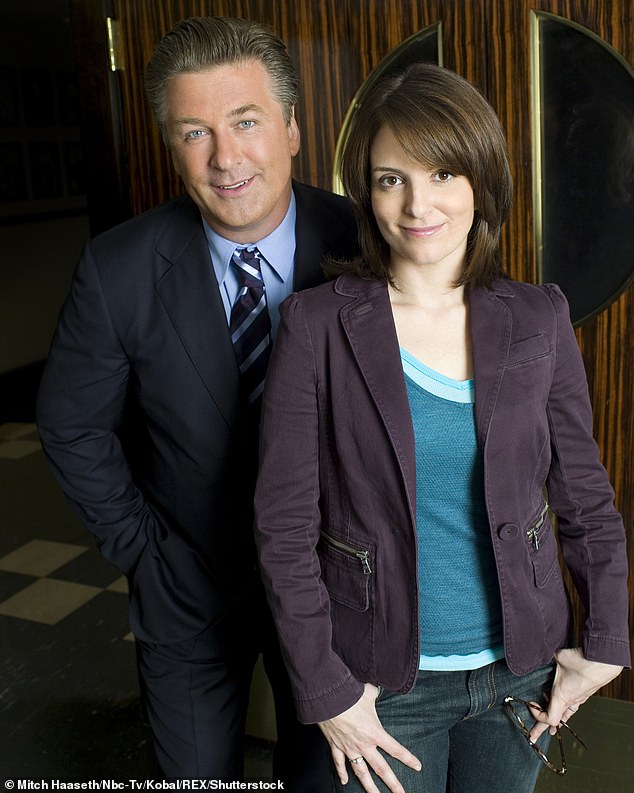 In addition to co-creating 30 Rock, Fey starred in the hit series alongside Alec Baldwin. The pair are pictured together in 2006