A black man who works as an appliance and furniture delivery driver uploaded video to social media showing white residents of an upscale suburb of Oklahoma City block his truck from the exit while demanding to know what he was doing there.

Travis Miller said he had finished making a delivery to a customer who lives in the swanky Ashland Hills area of Edmond, just northeast of Oklahoma City, on Monday when he noticed that he was being prevented from leaving the gated community.

‘I’m trying to leave and I got “super neighbor” over here blocking me in,’ Miller said in cell phone video that he livestreamed on Facebook. 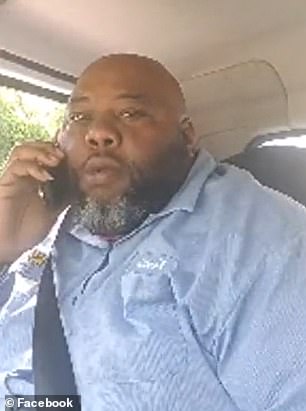 Travis Miller, a black delivery driver, was prevented from leaving a gate community in an Oklahoma City suburb on Monday by a white man who identified himself as a resident 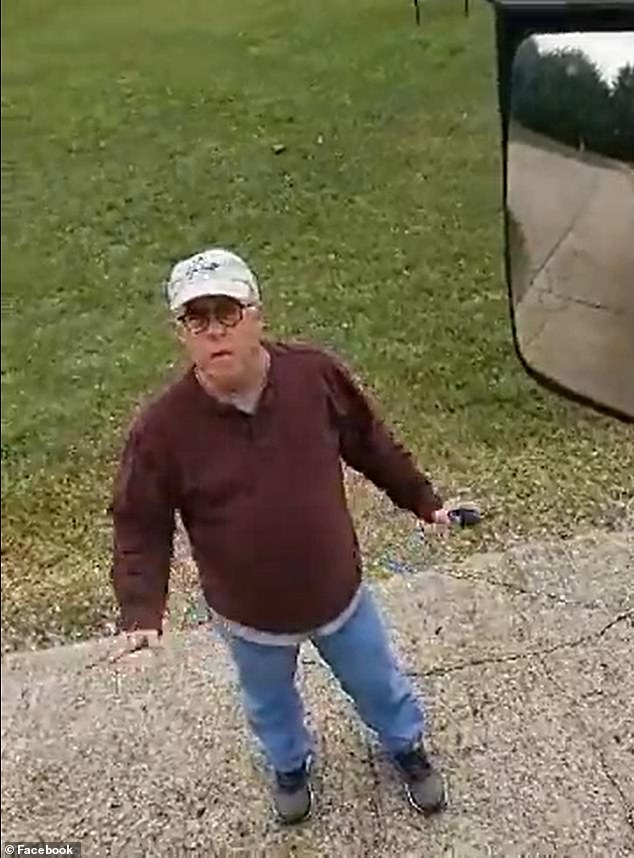 David Stewart, 66, claimed he was an HOA president in the Ashland Hills area of Edmond, Oklahoma 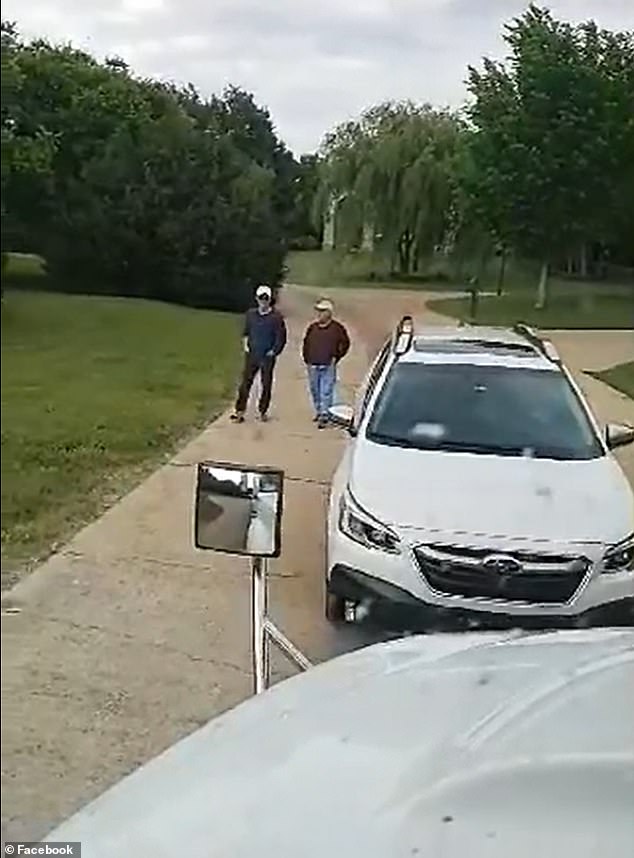 Miller than pointed the camera to show the back of his truck which was obstructed by a white sedan that had had been standing just a few feet away on a driveway.

‘This is what I’m dealing with right now,’ Miller says in the video.

He then pans the camera to show a white man in a brownish-red sweater and white baseball cap standing a few feet away.

The man, later identified as David Stewart, has a cell phone pressed against his ear.

‘This is who I’m dealing with,’ Miller says in the video.

Miller then tells Stewart: ‘Napoleon, move out the way.’

When Stewart tells Miller his name, Miller replies: ‘I don’t care what your name is. Get out the way.’

Stewart identifies himself in the video as a homeowners association president. An HOA is an organization whose members comprise a community of people who own residential properties in a specific area.

The HOA requires residents to pay dues and abide by rules and regulations governing neighborly relations.

Stewart demanded to know how Miller managed to get into the gated community. 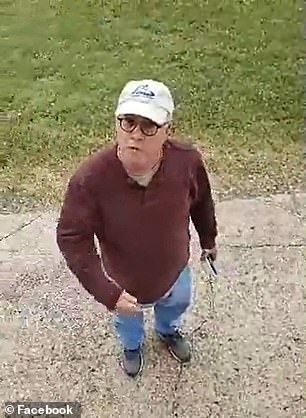 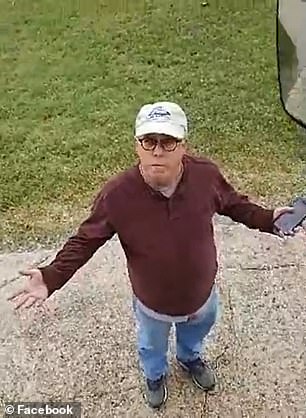 Stewart demanded to know who allowed Miller into the gated community

After it became apparent that Stewart was refusing to allow Miller to leave, another homeowner joined Stewart.

‘All we want to know is why you’re in here and who gave you the gate code,’ the man said.

Miller told KFOR-TV that he refused to share his customer’s personal information with Stewart and the other man.

Miller told Stewart that he was calling the police while he waited for him to move his car so that he could leave.

The police did not arrive. Finally, Stewart moved his car an hour later.

‘They must have contacted the customer because the customer came around and he moved out the way,’ Miller said. 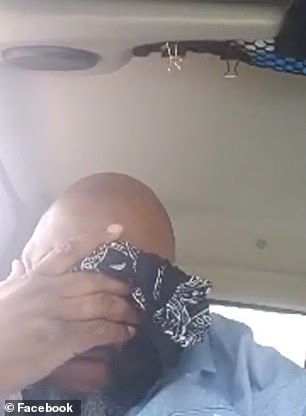 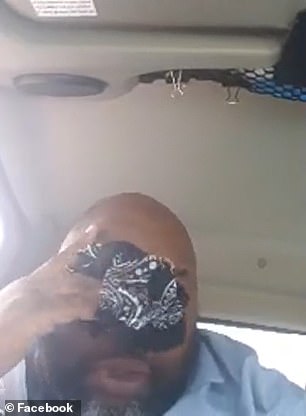 On the Facebook livestream, Miller is seen with tears streaming down his face as he is calling police.

‘He said that he called the cops back and let them know that everything was clear but I didn’t want to leave and have it seem like I was fleeing the scene or anything like that,’ Miller said to dispatch.

Miller said that the incident was made worse by the fact that he was in mourning over the passing of two relatives.

‘I just know that emotionally, it was hard to maintain restraint, especially when I’m dealing with death in the family, two family members within two days of each other,’ Miller said.

‘I just did the best I could to not make a bad situation worse.’

According to The Oklahoman, Stewart, 66, is the owner of Raven Resources, an oil and gas company based in Oklahoma City.

He is also part-owner of Zeke’s Marina in Orange Beach, Alabama, which is home to one of the largest fishing charter businesses in the Gulf of Mexico.