A café has been slammed as sexist for displaying a sign reading ‘cute waitress on duty’ at the front of its business.

Black Pearl Café in Palmerston North, New Zealand, faced backlash on social media this week after it was accused of promoting sexist culture within the hospitality industry.

Raise The Bar Hospitality Union founder Chloe King uploaded an image of the sign to Twitter on Sunday calling on locals to boycott the café.

But the café hit back on its Facebook page on Wednesday claiming it was a joke and that the ‘cute waitress’ was actually a male who is ‘not even cute’.

‘The sign idea is from our team written by a female. Our cute waitress is a male who is not even cute,’ the café wrote.

‘All staff approved this and no one feels uncomfortable about it. It is something called a ‘joke’. The sign has been out for two years and we have never had an issue. 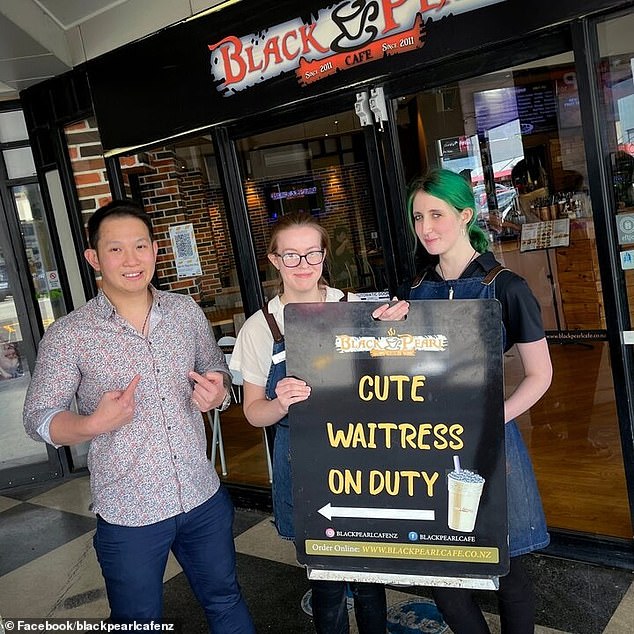 ‘We have had so much laughs through out the year. So many people just came in and asked where the cute waitress is. Then, our non-cute male waitress will say ‘YES it’s me’.’

The post then went on to claim the café were more guilty of ‘false advertising’ rather than sexism and that the owner treats his equally staff regardless of gender, adding: ‘So I ask you ‘is it you or us who is actually sexist?”

Female staff workers also defended the sign and argued the joke was taken out of context.

‘The attitude they see [in the sign], it’s not reflective of our work environment here,’ Black Pearl manager Cheyenne Sills told Stuff.

She said the café was a safe and inclusive workplace and that she was upset Black Pearl owner Paul Leang was portrayed as sexist over the sign.

‘I can count on one hand the number of times someone has actually complained about it,’ she said. 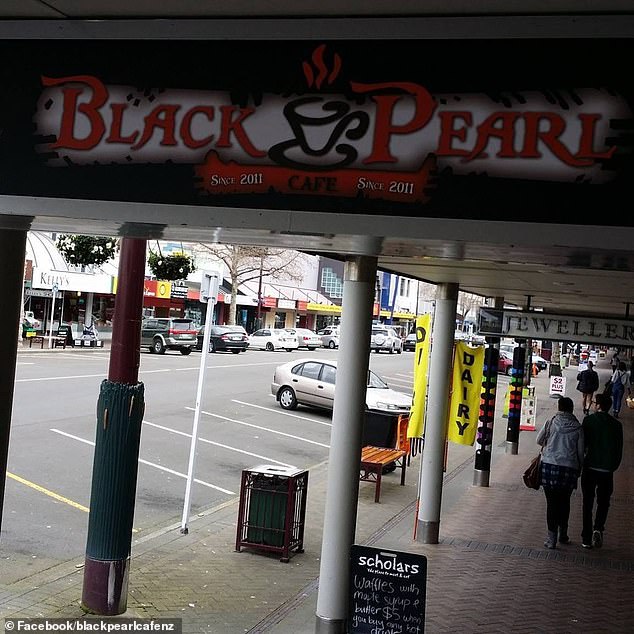 The sign has since been removed from the front of the business with Mr Leang saying he wouldn’t have had it up in the first place if he thought it was offensive.

Raise The Bar said on Thursday that it would continue to speak out against sexism in the hospitality industry.

‘But it was never just a joke, words helped set the tone and define what behaviour was tolerated,’ she said.

The union said it had workers within the hospitality industry contact them almost every day for help dealing with sexism and sexual harassment.

Ms Krykunivsky said the union wasn’t just ‘wagging a finger at Black Pearl’, and that it had used the sign to start the conversation on how the industry could better.

‘That sign is saying, “come in and objectify our staff. We don’t need to worry about if they have brains, we’re just going to judge them by how they look”.’