Black soldier wins record £500,000 in compensation from the MoD for having to play Taliban terrorist in Army training video

By Mark Nicol Defence Correspondent For The Mail On Sunday

A black soldier who suffered a sustained campaign of racism which left him feeling suicidal has won £490,000 in compensation from the Ministry of Defence.

The payout – believed to be a record for racial discrimination in the Armed Forces – has been won after a six-year legal battle by Lance Corporal Inoke Momonakaya, a Fijian who served in Iraq and Afghanistan.

Last night L/Cpl Momonakaya, 40, told The Mail on Sunday he had been left suicidal by a relentless campaign of racist bullying by fellow soldiers from the 2nd Battalion, Duke of Lancaster’s Regiment (2 Lancs).

In one shocking incident in 2011, he and five fellow Fijian soldiers were cast as Taliban fighters for an MoD training video, due to the colour of their skin. A senior officer allegedly told them: ‘You guys must be feeling right at home wearing them dishdash [Arab robes] – no one can tell the difference [between] you guys and the Taliban.’

Compensation victory: Lance Corporal Inoke Momonakaya said he felt like taking his own life due to the scale of abuse he had suffered

White soldiers played the role of British soldiers in the film, intended to help troops arriving in Afghanistan to spot clues that insurgents had planted roadside bombs. For another scene, the Fijians were told to swim 500 yards across a lake.

When L/Cpl Momonakaya – known as ‘Momo’ – questioned the order, an officer said: ‘The reason they don’t want to swim is because they are afraid of water and black people don’t swim. Have you ever seen a black Olympic swimmer?’

L/Cpl Momonakaya said: ‘The racism left me wanting to kill myself. I was going to buy a rope. Today, I am still undergoing psychological treatment and I may not be able to work again. It has left me suffering from a complex form of post-traumatic stress disorder.

‘It wasn’t just me – other Commonwealth soldiers in my unit were treated like second-class citizens. It was a disgrace and a stain on the reputation of the British Army.’ Legal documents submitted to the High Court reveal the appalling racism suffered by L/Cpl Momonakaya, a father-of-four from Lytham St Annes, Lancashire.

A senior officer called him a ‘black bastard’ and compared him to a child’s black plastic figurine known as a ‘troll doll’.

L/Cpl Momonakaya said: ‘This doll was black and had frizzy hair and a big nose. It was very ugly. The sergeant major said to me, ‘Hey Momo, look what we’ve found you. It’s got your nose and hair – it’s your twin brother.’

‘When he said this, everyone in the platoon started laughing. Afterwards, he wrote my name on the doll and said it was the platoon’s new mascot. He told me I should take the doll with me when I went on a training course outside the regiment.

‘This went way beyond a joke or Army banter. It was very offensive and chipped away at my self-confidence. I went quiet and just stared at him. The sergeant major laughed at me, probably out of embarrassment because he knew he’d gone too far.’

At his wits’ end, L/Cpl Momonakaya reported his cruel treatment to the Service Complaints Commissioner, the internal Army watchdog, but his case was dismissed, prompting him to begin legal action. 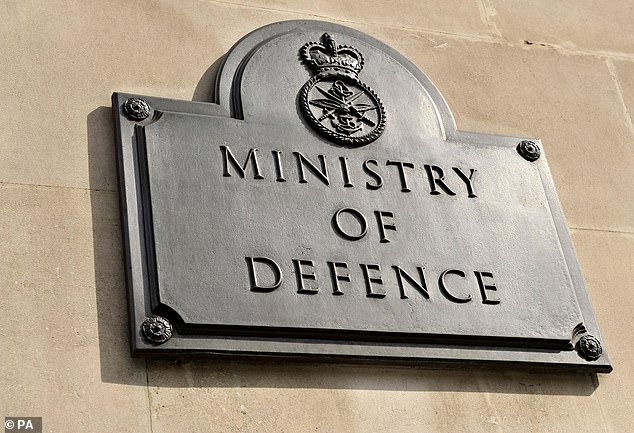 No place for bullying: The MoD said the Armed Forces should not tolerate discrimination

Reflecting on the impact of the abuse, L/Cpl Momonakaya, who was medically discharged in 2012 due to PTSD, said: ‘The battalion had been on a very difficult tour of Iraq in 2006-07 – we lost nine soldiers. A lot of us who survived, myself included, were dealing with difficult memories.

‘I enlisted in 2005 and intended to serve for a full 24 years. The bullying cost me my career, hence why I had to sue the MoD.’

The MoD said: ‘Discrimination and bullying have no place in the Armed Forces and will not be tolerated. It would be inappropriate to comment on the details of a settlement.’