A student at Santa Fe High School has slammed social media users for calling her friends ‘racist’ after a photograph of she and her classmates at the NBA went viral.

Nicole Janice was part of a group who stood on the court before game five of the Rockets Western Conference Finals for a moment of silence in honor of the 10 people killed during a shooting at her school earlier this month.

A cropped photograph of the group standing in a semi circle showed six white girls holding hands during the emotional moment as Nicole, who is black, stood alone.

Social media users were quick to label the teenage girls ‘racist’ and question why nobody was holding Nicole’s hand – but the Santa Fe senior says she didn’t want to be touched, and the girls present are her friends. 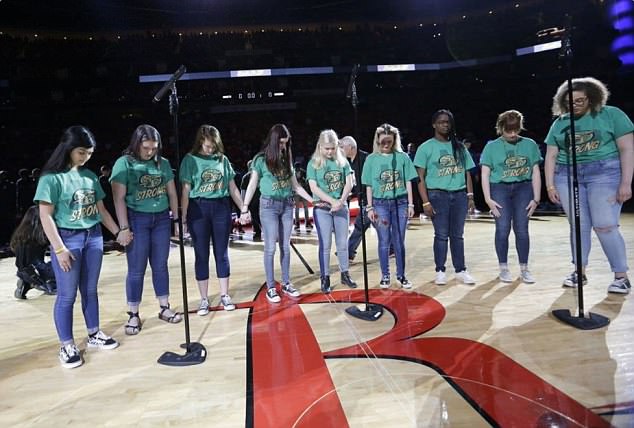 But Nicole says she did not want to be touched in that moment, and a zoomed out version of the image shows many students standing on their own

‘It’s very disappointing that people are going to make a race issue out of a picture with nine grieving girls in it,’ Nicole told KHOU.

‘I grieve in my own different way. I don’t like to be touched. When we had that moment of silence, I didn’t want to grab anyone’s hands because I didn’t want to break down before we sang [the National Anthem].’

As Twitter lit up with cries of racism, Nicole’s family jumped in to explain the situation.

Both her mother and her cousin began to explain not only was Nicole standing with her hands by her side by choice, but a wider version of the picture shows other girls standing the same way. 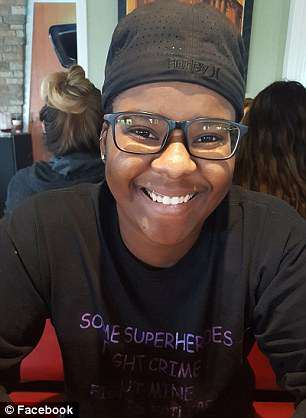 ‘Not the whole town is racist, so please stop calling my friends racist a**holes – it’s not okay,’ Nicole said in a video shared to her mother’s Twitter account.

10 people were killed at Santa Fe High School earlier this month when suspected gunman Dimitrios Pagourtzis, 17, burst through the door of a first-period art class at around 8am and yelled ‘Surprise!’ before opening fire.

The majority of those killed on May 18 were students, and as many as a dozen others were wounded, among them a police officer who was shot in the shoulder.

The gunman allegedly carried out the massacre with an AR-15-style rifle, a pistol and a shotgun.

On April 30, Pagourtzis shared a photo to Facebook of a black T-shirt with the words ‘Born to Kill’ printed across the front. The post has since been deleted.

One photo on the page showed a black trench coat festooned with various insignia, including an iron cross.

Police found pipe bombs both inside the school and at a site off campus after the shooting.

Pagourtzis is being held without bond on charges of capital murder. 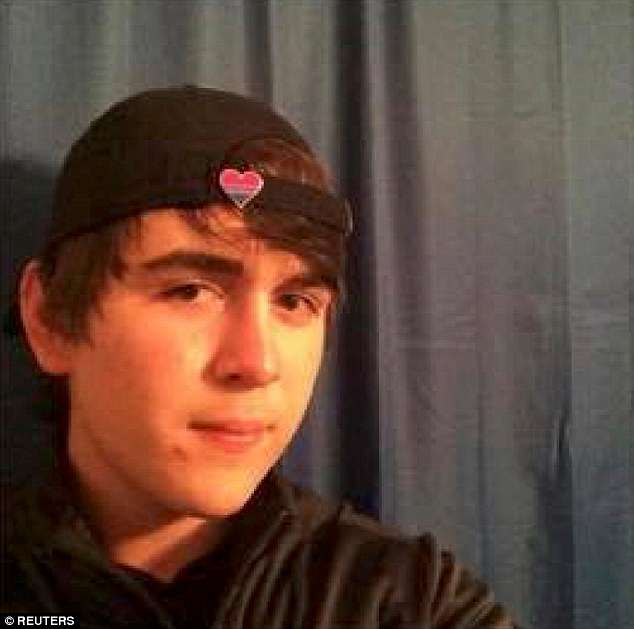