A black woman who used to exclusively date white men has revealed why she changed her preference.

Rudo Banya is an author with South African heritage who appeared on SBS Insight in 2014 where she claimed she only dated Caucasian men.

Ms Banya believed she was simply airing her dating preference at the time, but has come to realise she was suffering from an internalised prejudice based on her upbringing.

‘I had this notion largely due to my own experiences and traumas that I experienced from black men,’ she told SBS.

‘I have a complex relationship with my own father and I experienced severe trauma as child at the hands of a black man.’

Ms Banya grew up in England in a largely white community, which she believes shaped her tastes and outlook of what was desirable in music, television and ultimately people.

‘I believe my attractions were also formed by me thinking that a white man would ultimately treat me better and not hurt me in the way that I had been hurt before,’ she said. ‘I now know that this of course is totally untrue.’

Ms Banya said she had developed self hatred and internalised racism and bias from being a black person living in a white-washed society. 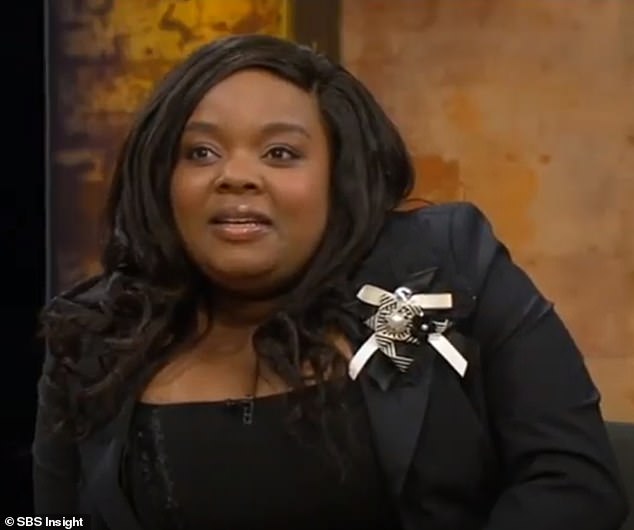 Ms Banya said she was suffering from internalised racial prejudice at the time, based on her upbringing in a largely white community in England

She took years of studying and self reflection to reconcile her perspective and understand where her attitude had generated from.

Ms Banya said she is on her healing journey from internalised racism and has learned to base her attractions on character, not colour.

‘I cringe now when I think of how I used to feel and the things I said,’ she said. ‘There are likely people out there that I hurt because of my views, and for that I am sorry.