A former Newcastle Knights player who returned home to help save his family’s farm has been left empty handed, despite claiming a share of the property was promised to him by his mother.

The bitter family feud involving Blake Tremain-Cannon and his mum Leanne Tremain was made public in the NSW Supreme Court this week, after more than a decade of arguments over the kitchen table.

The court heard how Blake spent four years plying his trade in the NRL club’s second grade side before moving back to Peak Hill, in central NSW, in 2008 to help out with the battling farm.

His decision to sacrifice his rugby league career came at a tough time for the family.

The farm was in massive debt, his younger brother Jordan had been diagnosed with terminal cancer and his parents Leanne and Ray were on the brink of divorce.

But despite his selfless gesture over the years that followed he claimed he was never paid for his work and despite being promised a share of the farm by his parents, they never delivered.

Blake Tremain-Cannon (pictured with wife Danielle) spent four years on the Newcastle Knights’ list before moving home to Peak Hill, central NSW, to help out his parents on their battling farm 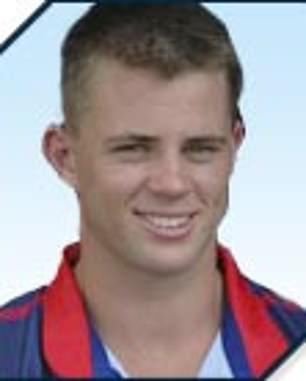 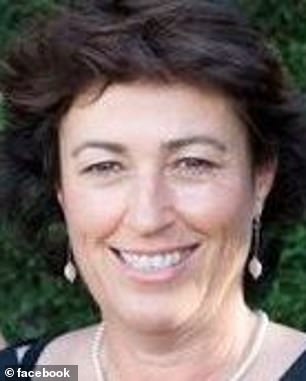 After leaving the Newcastle Knights, Blake (left) took up a $100,000-a-year corporate job, but later returned to the farm on what he believed was a promise of a share of the family’s land by his mother Leanne (right). But the NSW Supreme Court this week ruled against him

The court heard how shortly after moving to Newcastle to pursue an NRL career with the Knights, his mother called him to discuss the farm’s $1 million debt.

She told Blake she planned to divorce his dad and asked him to come home for a family meeting.

During these meetings he claims he was told there was ‘room for him’ on the family’s farm if he wanted to return, but at that point the 23-year-old was earning $100,000-a-year working in recruitment having failed to break into the Knights’ first grade side.

But the diagnosis of his brother’s terminal illness saw everything change.

Blake and wife Danielle returned home and after working on the farm for some time without payment, he eventually told his parents: ‘I require some wage or income as I cannot continue to work for free.’

In an affidavit filed with the court, Blake claims he parents agreed to pay him but that because of lingering debts he was told ‘hang in there’ and ‘it will be worth it for you’.

While he raised his concerns often, Blake continued to be told by his parents that he would ‘benefit’ – but nothing was done until he and wife Danielle threatened to leave.

Discussions about what Blake was entitled to increased after the death of his brother in April 2011.

‘Blake needs to be included in the business immediately. It’s his birth right and he’s proven himself as an asset to the business during a very tough period,’ Ray said in a recorded conversation at one family meeting. 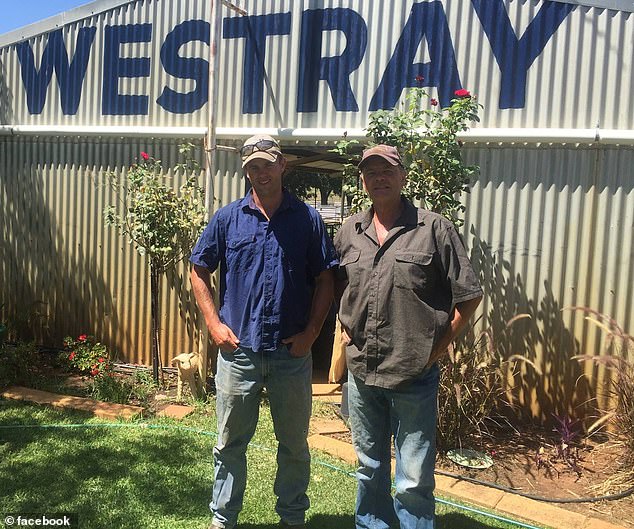 In an affidavit filed with the court, Blake (pictured with his father Ray) claims that after working 80-hour weeks without pay his parents agreed to pay him a weekly wage, but that because of lingering debts he was told ‘hang in there’ and ‘it will be worth it for you’ 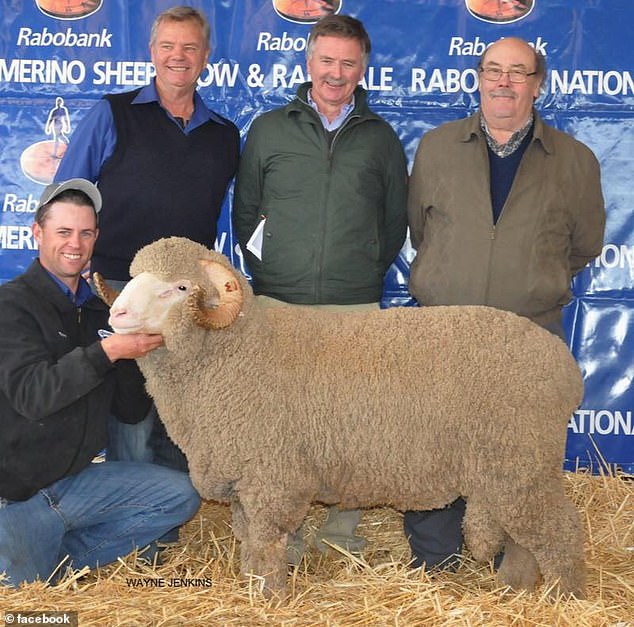 During family meetings following the divorce of his parents, Blake (far left) believed he had been promised by his father Ray (left) and mother Leanne to receive some of the farm but that never eventuated

FROM FOOTY TO THE FARM: A TIMELINE OF THE TREMAIN-CANNON BITTER FEUD

2002: Blake Tremain-Cannon scouted by the Newcastle Knights and leaves his family farm to pursue NRL career.

2008: With the family farm in debt and his younger brother Jordan diagnosed with terminal cancer, Blake returns to country NSW.

– Leanne Tremain also tells her son she is planning to divorce her husband Ray Cannon.

– Blake claims that during meetings he was told the family was ‘relying’ on him and financially ‘it would be worth it for him’ in the long run.

2009: Working 80-hour weeks without pay, he tells his parents, ‘I need some sort of wage’, and claims his parents agree.

2011: Discussions about how Blake will benefit from the farm increase after his brother’s passing.

‘He deserves to be remunerated for his efforts over the last three-and-a-half years and this inclusion into the partnership and land would ensure he is adequately compensated and would give him a long-term future in the business and the industry.’

Discussions with accountants, solicitors and farming experts involved claims that Blake would receive one-third of the farming assets, equal to his parents’ shares.

But in the midst of a serious drought Blake continued to pour money into the farm, he claimed as a result of ‘the promises that had been made’.

Those promises were again outlined in a meeting involving Blake, his parents and a local farming expert in October 2012.

Ray: ‘I still want Blake included as a 1/3 partner in the business and land.’

Leanne: ‘I haven’t changed my mind either and I think Blake is doing a fantastic job in difficult circumstances.’

Discussions continued into 2013, by which point Blake had been working on the farm for five years without any payment.

He and wife Danielle, a school teacher, had been forced to eat into their savings and as a result their ‘quality of life was being affected’.

However the court heard this week that according to his mother, Blake had received the equivalent of $100,000 in benefits from the farm annually.

Leanne had also raised concerns about what would happen to the farm if Blake and his wife Danielle separated.

The court also heard that on multiple occasions she had encouraged her son to get an off-farm job.

NSW Supreme Court Justice Ian Harrison said this proved it was unlikely she was making ‘contradictory promises or assurances aimed at keeping Blake on the family farm’.

Relations between Blake and his mother deteriorated rapidly after she stood firm in divorce discussions with her ex-husband and then later made racist comments to her son about her granddaughter. 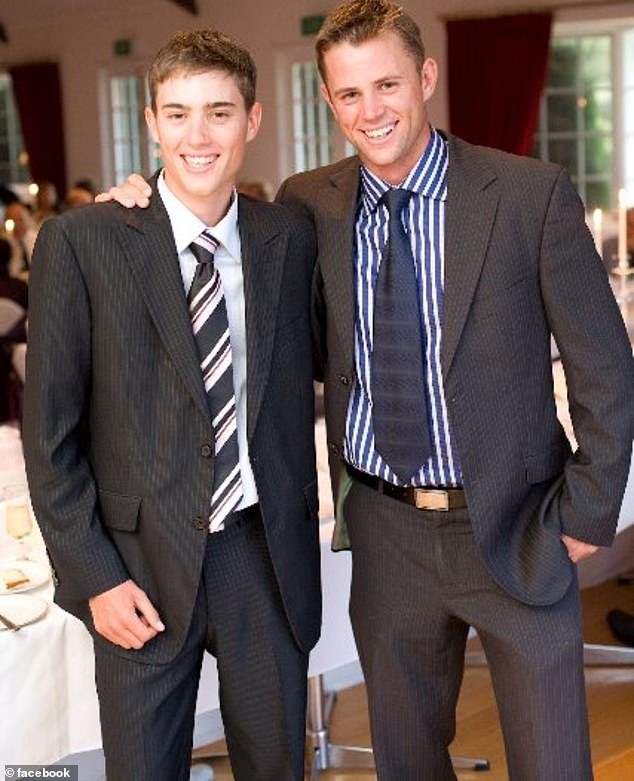 Adding to the bitter family feud was the tragic death of Blake’s younger brother Jordan (left) in 2011, after a long battle with terminal cancer

‘You better come over to home before you go and get this stuff sorted out and meet (your granddaughter),’ Blake said in one text message.

‘Your kid will be raised by a pack of black fellas. I’ll never have anything in common with it,’ Leanne responded.

Eventually Blake commenced legal proceedings in a bid to get his hands on some of the money and property he claimed he was owed.

But NSW Supreme Court Justice Ian Harrison dismissed his application citing that on the balance of probabilities there was no promise of ‘a binding contract’.

Justice Harrison also noted that throughout the various conversations and meetings, both with family and advisers, an agreement was never ‘confirmed’.

He also found that on some occasions after years of discussions, Leanne expressly stated that she wanted to ‘cancel’ the plans they had considered. 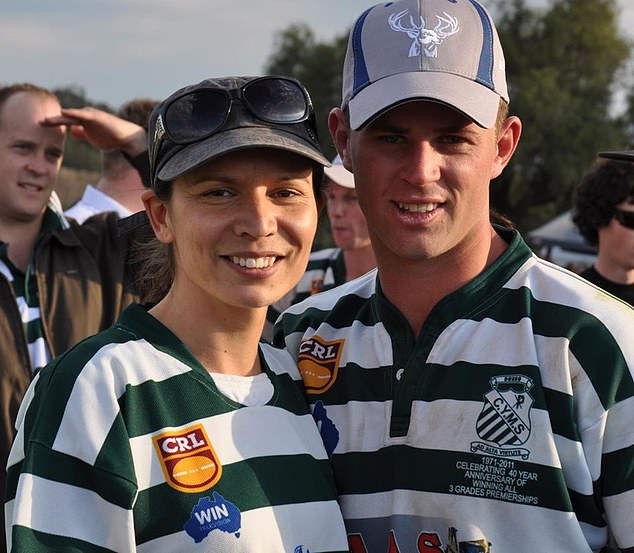 ‘Leanne was under no obligation to correct what Blake may have thought or hoped in terms of them reaching an agreement,’ Justice Harrison found.

Despite Blake’s claims throughout the case, Justice Harrison claimed he believed his reasons for returning to the farm, and in fact staying there, had not been because of promises made by his parents but because he wanted to assist his family.

‘I am satisfied that Blake’s decision to return to the family farm was made without reference to anything his parents said or did at the time or anything they have said or done since,’ he said.

Blake’s application against his parents was dismissed and he was ordered to pay all court costs.