A teenager who signed up for a blind date show in the hope of finding love was shocked to discover that her final pick already had a girlfriend – despite signing up for the romance-focused project.

Alexa Moreno, 18, from California, appeared on YouTube channel Jubilee’s dating show, 10 vs 1, during which she quizzed 10 potential matches who were hidden behind a screen.

After whittling down her choices to a final two, college student Alexa eventually settled on Joseph Haynes, 25, who lives between Chicago and Los Angeles.

However moments after Alexa told Joseph that she thought he was ‘cute’ and hoped the relationship could ‘go somewhere’ he delivered the shocking news that he already ‘has a girl’.

Finding love: Alexa Moreno, 18, from California, far left, appeared on YouTube dating show, 10 vs 1, where she quizzed 10 potential matches (right) who were hidden behind a screen 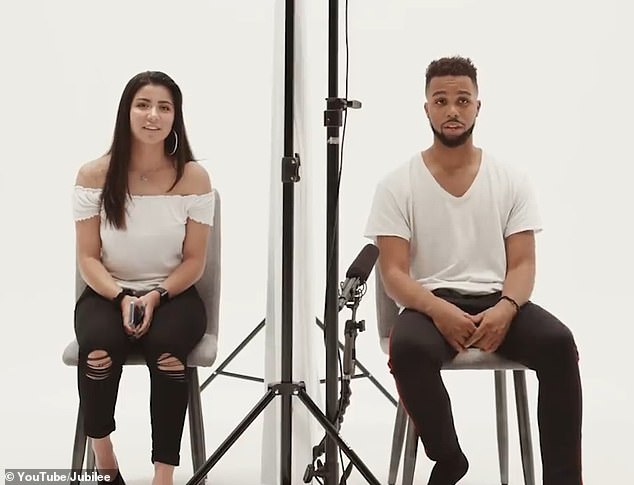 Final choice: Joseph Haynes, 25, was the lucky man chosen by Alexa as her winner, but things didn’t pan out as she had hoped for because he quickly revealed he has a girlfriend 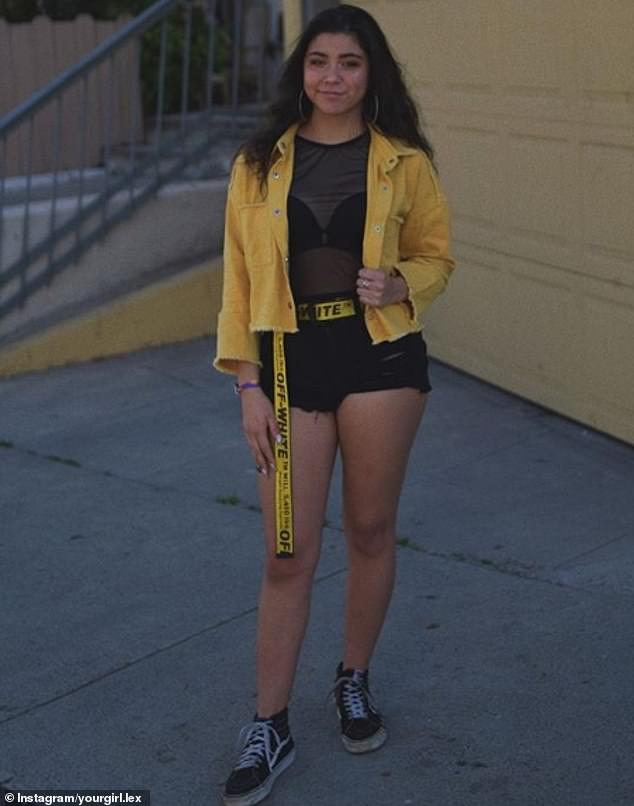 Hopeful: Alexa, pictured in an Instagram snap, who hopes to become a psychologist or a marine biologist after graduating, believed everyone on the show was single 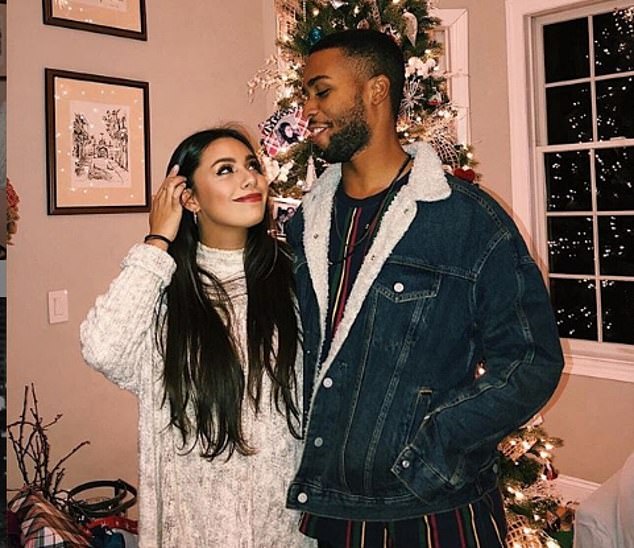 Misunderstanding: Joseph claimed he thought the show had been a social experiment and that producers were looking for single and taken men. Pictured, Joseph with his girlfriend

The revelation left producers of the show baffled – and Alexa thinking she had been pranked. However she soon realized Joseph was telling the truth, as he explained that he hadn’t understood what the show was really about.

Joseph claimed he thought the episode was meant to be a social experiment and that producers were looking for single and taken men to take part. He added that he’d even told his girlfriend about his plans to take part in the show and that she thought it sounded really interesting.

It later emerged that three of the 10 men had girlfriends.

Despite being caught off guard and disappointed, Alexa ultimately said she was pleased Joseph had a girlfriend.

A clip of the moment was shared on Twitter and has since gone viral, with hundreds commenting to praise Alexa on her maturity in handling the bombshell.

One posted: ‘I am so sorry this happened. I can’t help but to be awed with how you responded so wisely and maturely. I am sending you love and hope you finally meet someone better.’ And another added: ‘I feel so bad for her’. 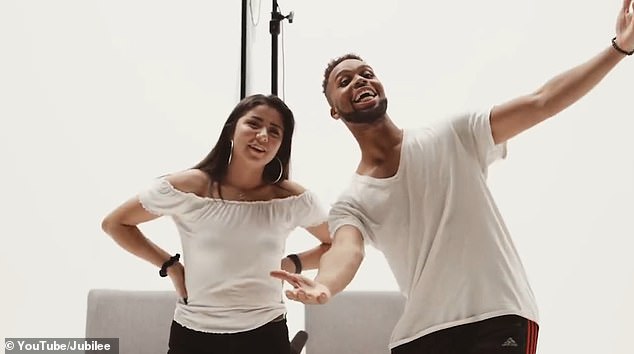 Big reveal: Joseph pulled a funny face as he revealed: ‘I got a girl’ and laughed about the situation, leaving poor Alexa believing she had been pranked, pictured 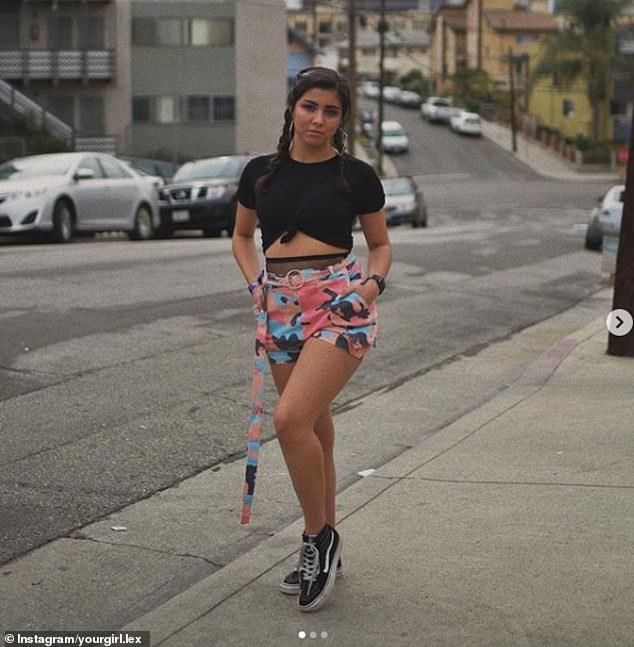 Feeling positive: Alexa, pictured in a snap shared on her Instagram, revealed she has been inundated with offers from single men since footage of her dating disaster emerged online 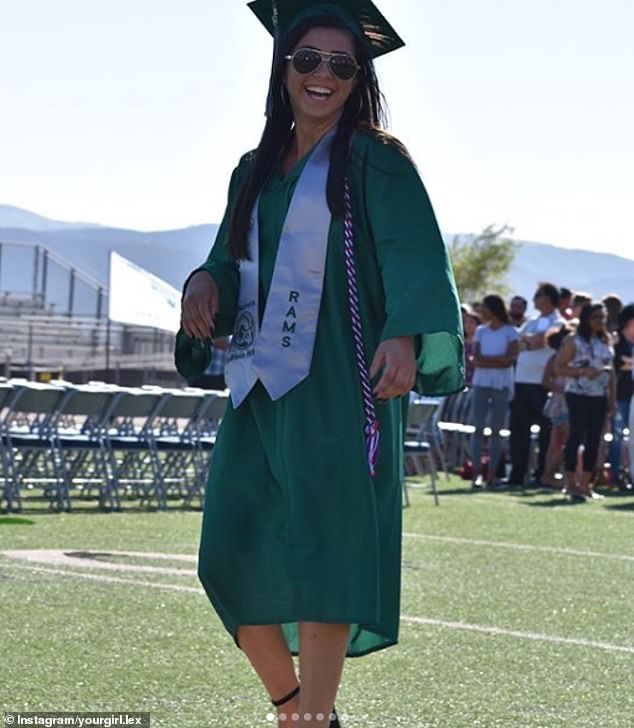 Big dreams: College student Alexa hopes to be a psychologist or marine biologist on graduating

Speaking to FEMAIL about the experience, Alexa explained other potential matches have been in contact since the video was shared last week.

She said: ‘I never thought it was going to blow up the way it did and it’s so surreal to me. On twitter alone I’ve gained over 10,000 followers, it’s crazy.

‘I’ve gotten hundreds of DM’s from guys – and some girls even – asking to go on dates, it’s overwhelming.’

Alexa, who hopes to become a psychologist or a marine biologist after graduating, believed everyone on the show, originally posted last week, was single.

She explained she chose Joseph because she felt they had the best chemistry and thought he possessed many of the qualities she wants in a boyfriend.

Some viewers speculated whether Joseph had deliberately concealed his relationship in order to land himself a spot on the popular TV show.

However Alexa spoke out to defend him, adding to FEMAIL: ‘I don’t think Joseph lied, rather he just misunderstood what the video was about.’