A blind man was reduced to tears on a London train on Wednesday after not a single person gave up their seat for him and his guide dog.

Amit Patel, a former medic who suddenly lost his sight five years ago, told his Twitter followers how he struggled to find something to hold on to as his beloved dog slid on the wet floor of the train.

The 37-year-old had walked with Guide Dog Kika to the end of the platform to board in the designated disabled section of the train, but and was left feeling hurt and humiliated when nobody moved to ensure he was able to sit down.

Mr Patel gave Kika the verbal command ‘find a seat’,  but this was ignored by his fellow commuters, who stayed put.

Amit Patel, 37, lost his sight five years ago, and uses his Guide Dog Kika to get around 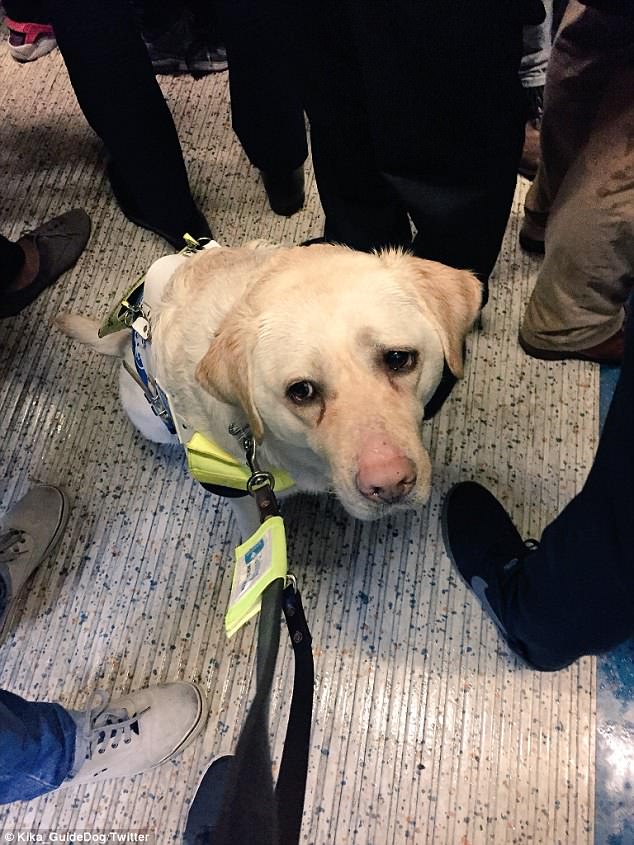 He was left in tears on Wednesday after boarding a wet train and being ignored by his fellow commuters, who stayed seated around him as he struggled to find something to hold on to and Kika slid across the wet floor (pictured)

‘People can be so selfish, they pretend they can’t see or hear when I ask if there’s a seat available,’ he wrote in the emotional social media post.

‘It’s so humiliating when I struggle to find something to hold onto and keep Kika safe at the same time, this is when you’ll see a tear running down my face.

Speaking to MailOnline last year, Mr Patel described how he was fed up of being regularly ignored by staff and commuters while travelling in London so added a camera to Kika’s back to record the public’s behaviour.

The former A&E doctor was working as a locum at hospitals around London when he started losing his sight five years ago, following six cornea transplants in Britain and two in America. 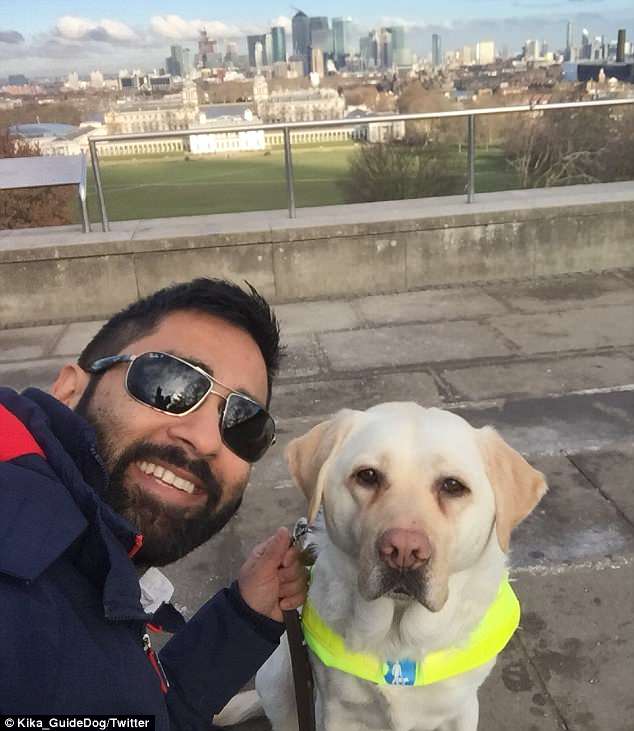 Mr Patel said even though he had verbally asked Kika to find him a seat, still nobody moved 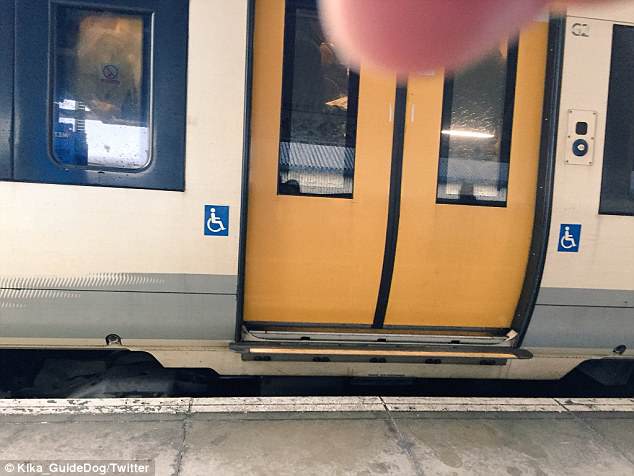 He was diagnosed with the condition keratoconus, which changes the shape of the cornea, during his final year of medical school by his flatmate who was a student optician.

After correcting his vision for around nine months, each transplant was then rejected by his body.

He not only lost his vision but his life as he knew it.

Mr Patel explained his experience on Wednesday was nothing out of the ordinary, but Kika’s distress was especially heartbreaking for him.

‘I was very upset yesterday as the floor on the train was slippery, Kika kept sliding and she was obviously distressed,’ he wrote.

‘She looks after me everyday, and I felt useless.’ 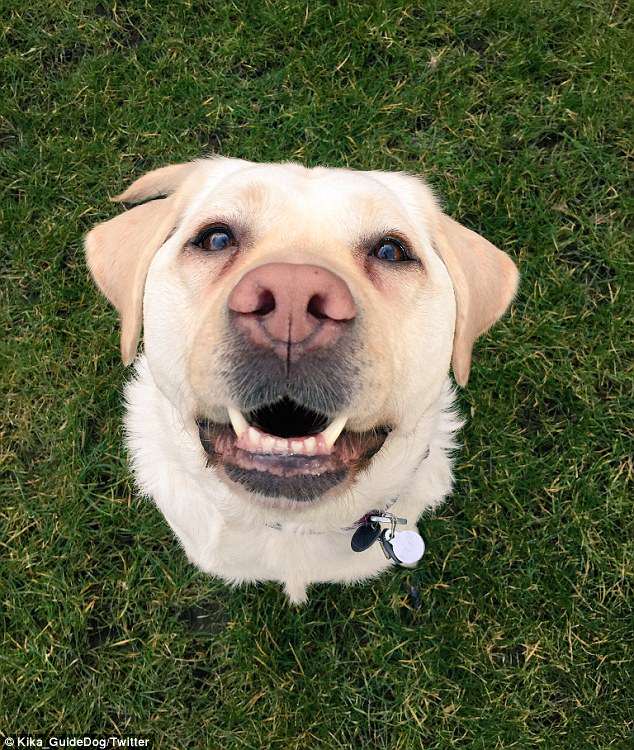 Mr Patel said he felt useless being unable to help his distressed, sliding, Guide Dog, who had done so much for him