A vision-impaired California man says his certified Seeing Eye dog was attacked and bitten on the nose by a pit bull that was being passed off as a service dog by its owner.

The incident took place just over a week ago as Michael Kelly was traveling on board the Sacramento Light Rail with his four-legged companion, a German shepherd named Kie.

Kelly and Kie were at the Regional Transit Station at 16th and Q streets in midtown Sacramento when another passenger’s pooch allegedly attacked the service dog and mauled its snout.

Best pals: Michael Kelly was traveling on board the Sacramento Light Rail with his German shepherd named Kie when he says another rider’s dog, a pit bull, attacked his service dog 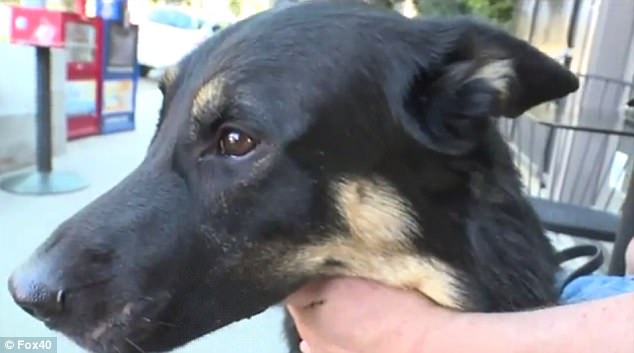 Kie suffered a bite mark to his snout (pictured), but soldiered on after the mauling

‘There was a pit bull on his face just latched on,’ Kelly told the station Fox 40. ‘My dog started crying.’

When confronted by Kelly about the attack, the owner of the pit bull allegedly claimed that the canine was also a service dog.

Police that responded to the scene reminded the owner of the pit bull that there were surveillance cameras at the station, at which point the man admitted that his dog was just a pet, not a certified service animal.

It is illegal for passengers to travel with pets on the light rail, unless they are being transported in carriers, but police only cited the owner of the pit bull for riding without a pass. 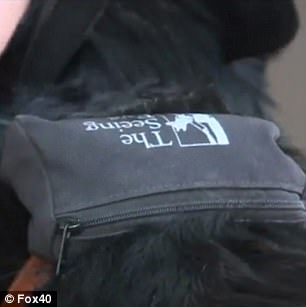 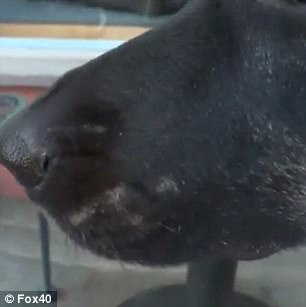 Kie is a certified Seeing Eye dog. Kelly says the owner of the pit bull initially lied that his pet was also a service dog, but later recanted 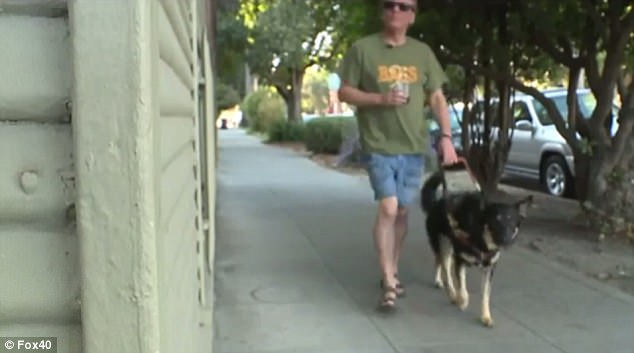 Kelly called the situation ‘infuriating,’ but said Kie, who was specially trained to keep calm in stressful situations, was able to soldier on with a bite mark on its nose after the attack.

The visually-impaired man lamented that some pet owners pass off their companions as service animals by using a legal loophole.

Under the Americans with Disabilities Act, it is against the law to require a person to present proof that their dog is a service animal.

‘So many people lie about it and it ruins it for those of us that have a legitimate need,’ Kelly told the station.