The blind great-grandmother who has publically refused to move from the iconic Sirius building has lost her fight to stay – and must be out of her two-bedroom government-owned flat before Christmas.

Myra Demetriou told Daily Mail Australia she has finally accepted defeat and will move from the building which is set to be sold-off to raise funds for more social housing in the suburbs.

The 90-year-old woman has been living in the top-floor apartment since 2008 and has fought for four years to stay – but just weeks after defiantly claiming she would live in the property until her death she has been given final marching orders.

Myra Demetriou, pictured, has been evicted from her multi-million dollar housing commission home as the government prepares to sell the building 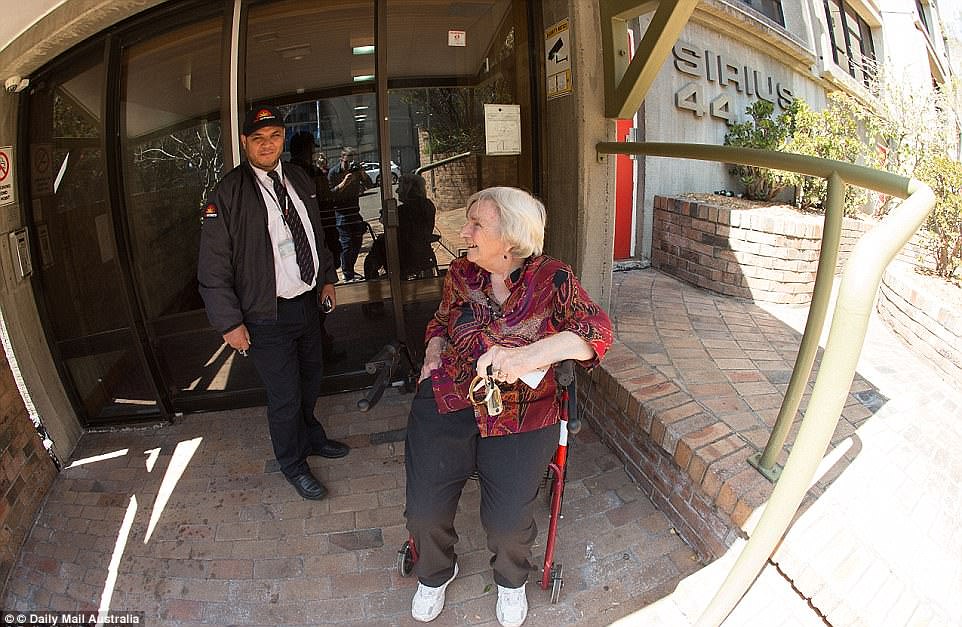 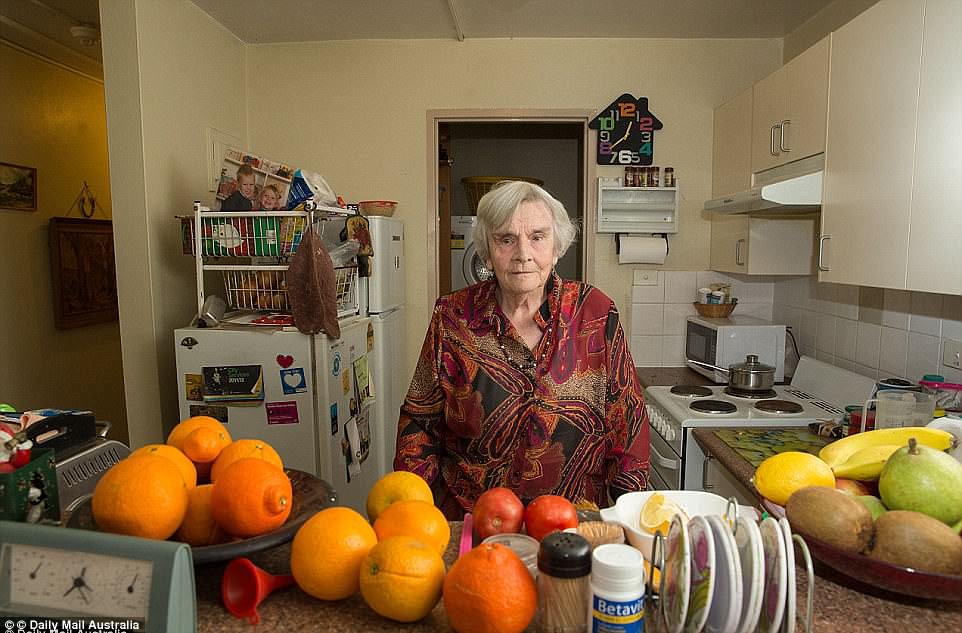 ‘They have told me I have to be out by December 15, I have seen the flat they are going to put me in and I hope it is ready for me by then – I am worried it won’t be,’ she said.

The new apartment is in Pyrmont, but the blind woman claims it needs to be made more accessible for her as it has slippery flooring, no laundry and limited storage space.

‘Being blind isn’t very funny but I don’t think they realise,’ she said.

‘There is no wardrobe in the flat and no laundry or carpet, I will need these things to be there before I move in.

‘I can’t live out of boxes because I can’t see and need to know where things are, it is hard enough in my own home. 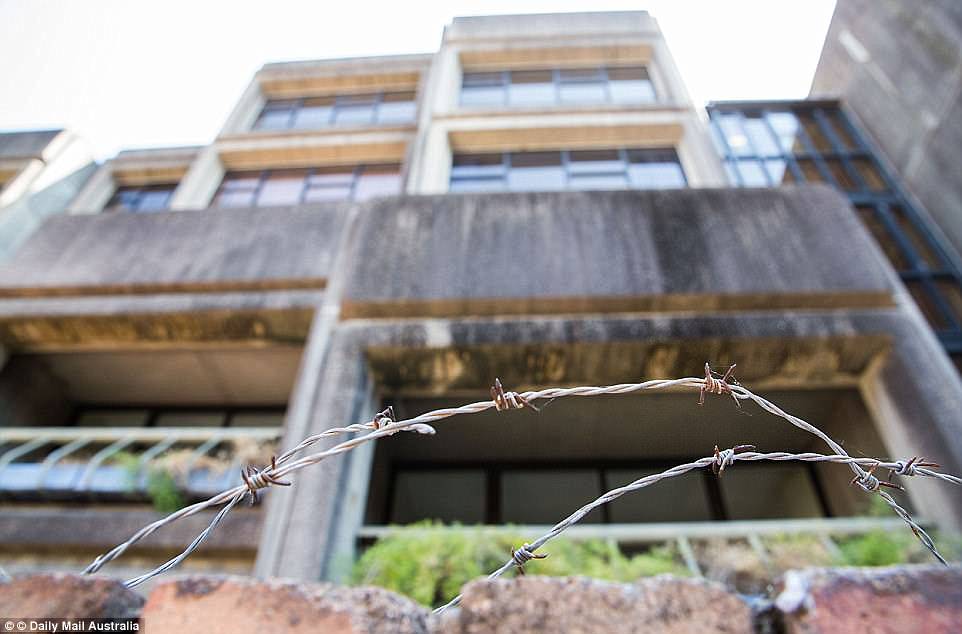 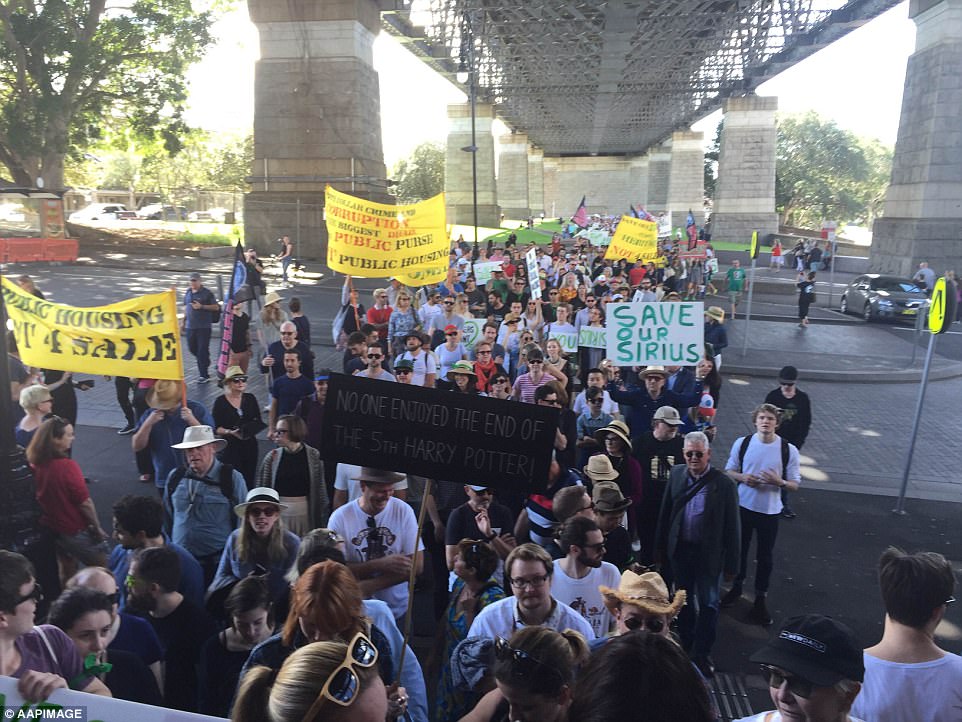 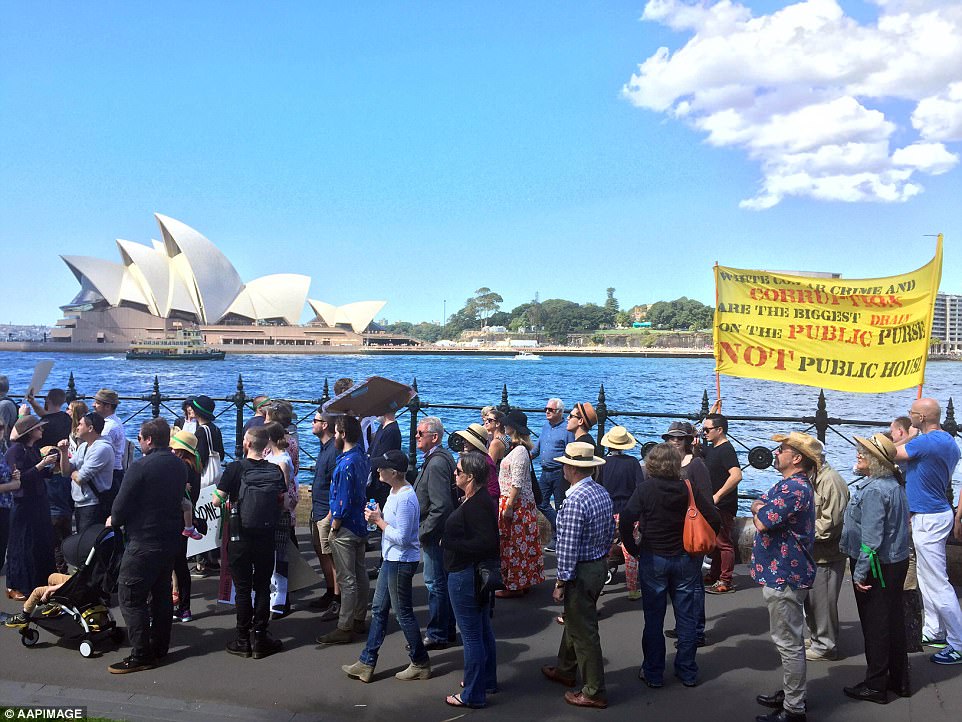 Mrs Demetriou says she won’t move in until these fixtures are in place – and even though she has conceded to moving she has asked for an extension – until February.

‘At my age, and with my blindness it is a nightmare to move,’ she said.

Just weeks ago the 90-year-old was sure she ‘would not be leaving’ and spoke to Daily Mail Australia as the last resident of the huge apartment building. 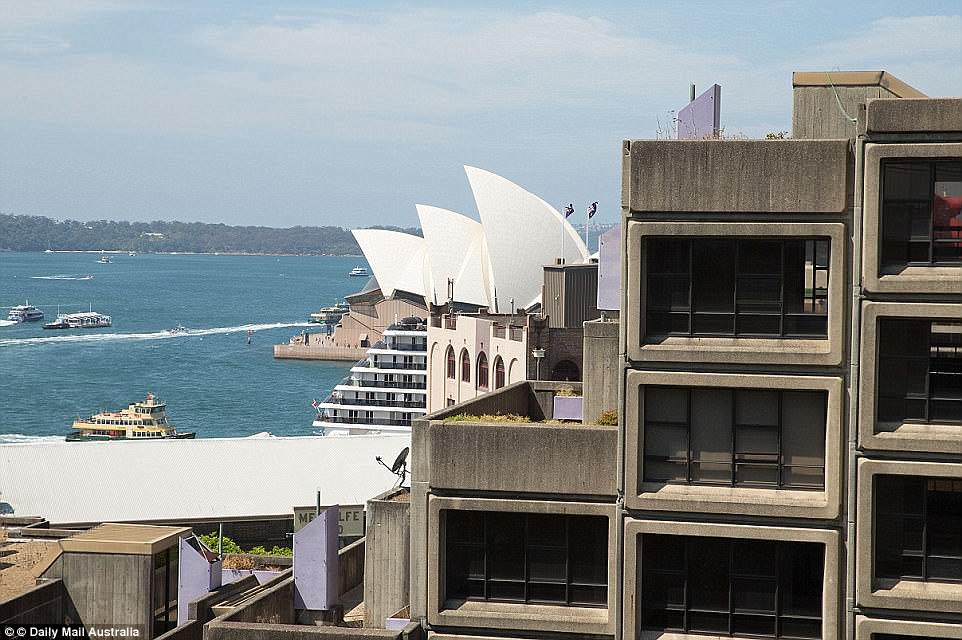 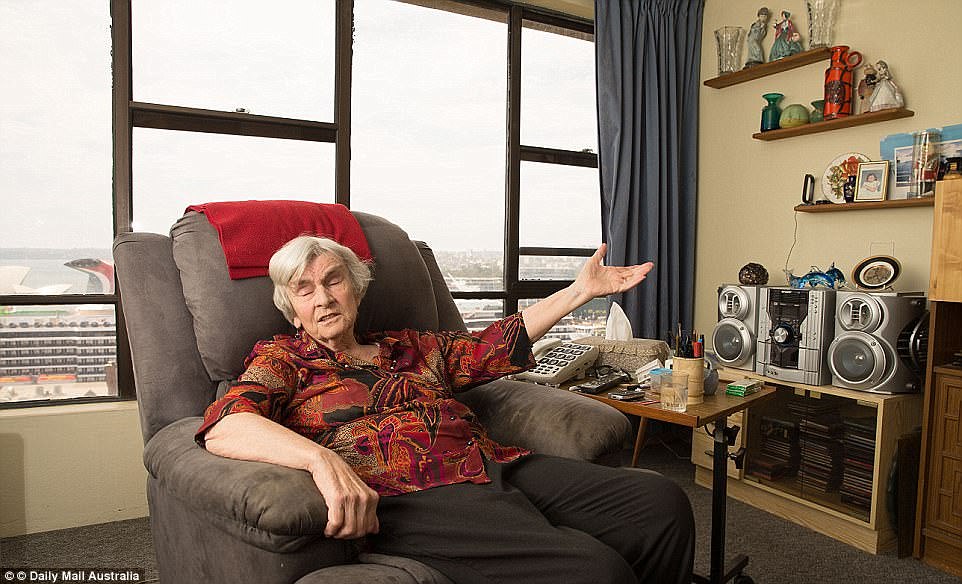 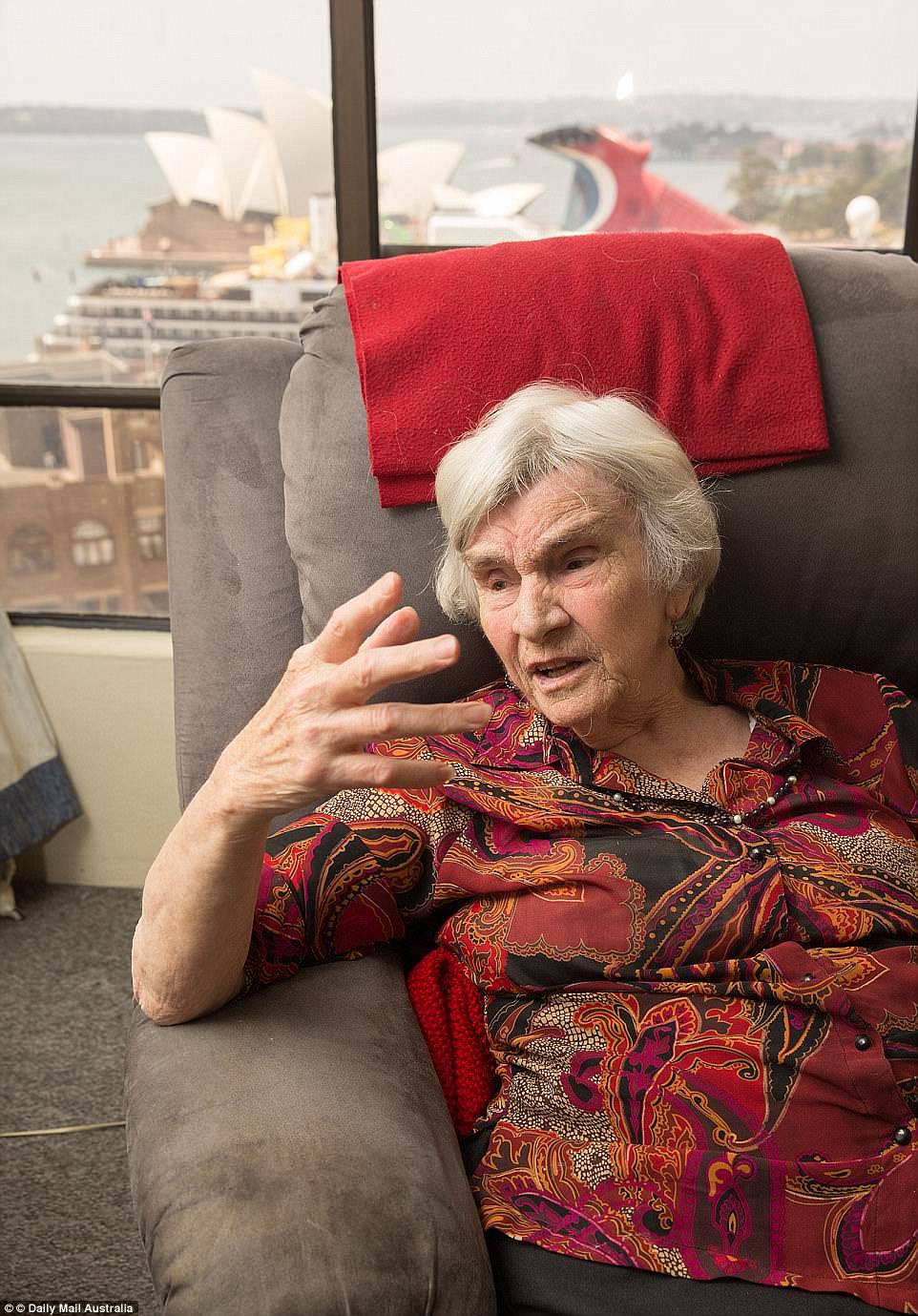 She wants cupboards for storage, carpet and a laundry fitted into the new apartment before she will move in

Mrs Demetriou, who pays $100-per-week for the apartment which boasts multi-million dollar views, has had her own security guards since becoming the last resident in the block.

‘I think it is ridiculous, spending all of this money on guards – three of them are in the entrance just to sign people in,’ she said.

‘We have a laugh with each other. Every time I come down I say ”good morning gentlemen” and they say ”hello boss”.’ 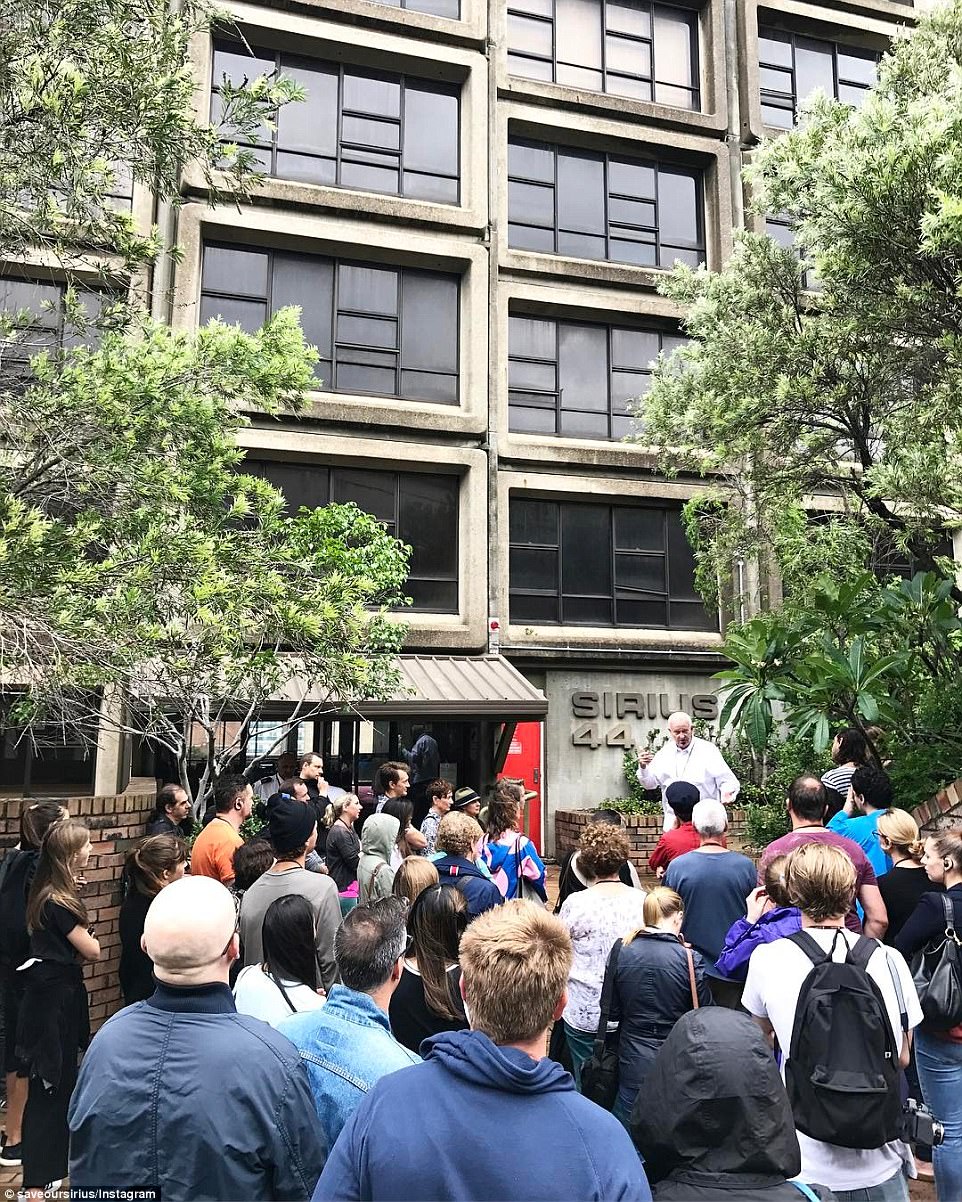 The great-grandmother has been fighting for four years to be allowed to stay – people have rallied to the cause, pictured 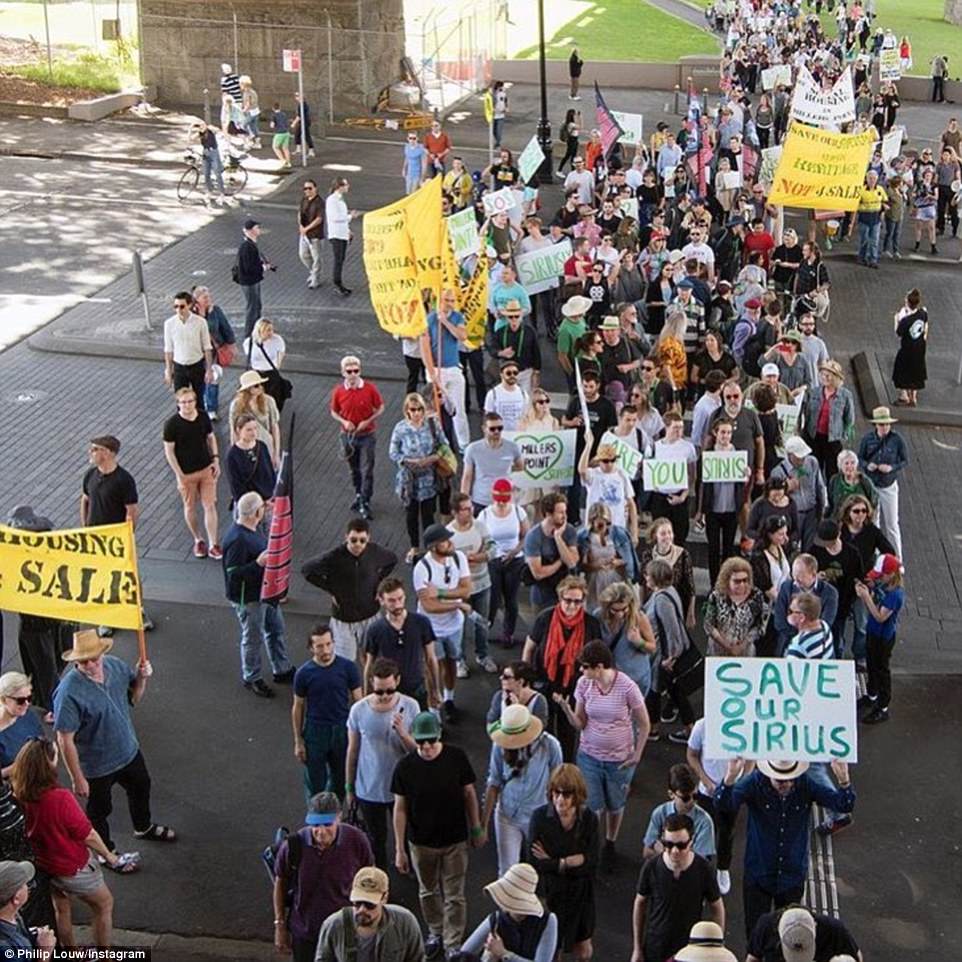 But the guards are there for her safety, a spokesperson from the Family and Community Services said, and they were put in place after incidents of unauthorised access.

‘New security measures, including a concierge, provide a safe and secure building for the remaining residents and their guests.’

A community fight to have Sirius heritage listed has so far failed with NSW Environment Minister Gabrielle Upton announcing a new proposal to demolish the brutalist structure.

‘While the Sirius building is distinctive, in my view, it is not a landmark worthy of state heritage protection,’ she said.

The building is set to be worth $120million without heritage listing – but just $70million if it cannot be demolished by developers.

FACS have been contacted by Daily Mail Australia. 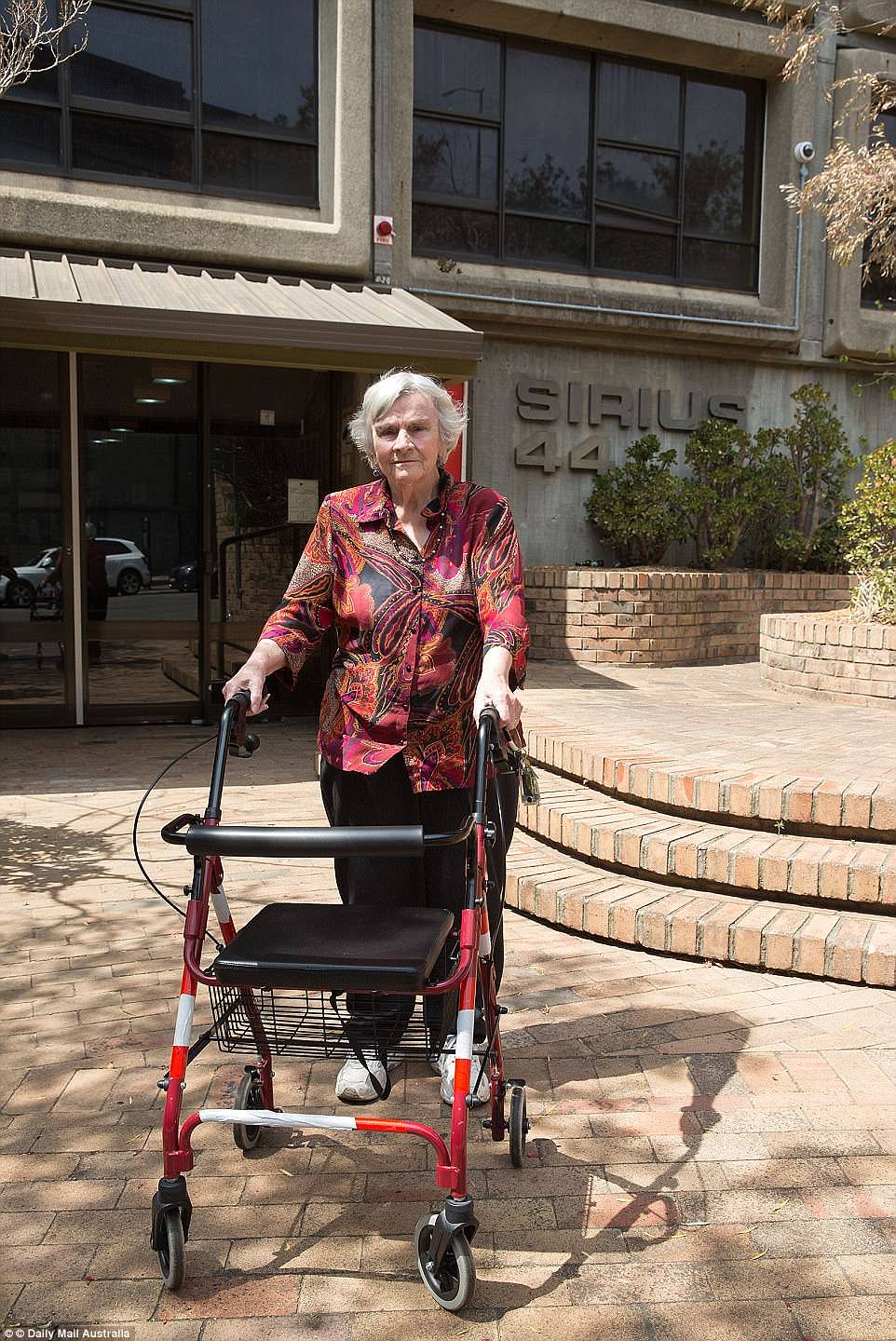