Bloated cat drops a stone in weight on a crash diet

A fat cat who ballooned to twice the weight of a normal feline after stealing his sister’s food shed a stone in after being placed on a crash diet.

Ulric weighed an enormous 2st 2lbs, prompting owner Jan Mitchell to put him on a strict diet and get a dog to help Ulric play and exercise.

Now the hard work has finally paid off for the 12-year-old Norwegian Forest who has dropped to just under one-and-a-half stone.

But he has been left with a ‘saggy tummy’ as the excess skin from his fatter days now swings underneath him as he walks. 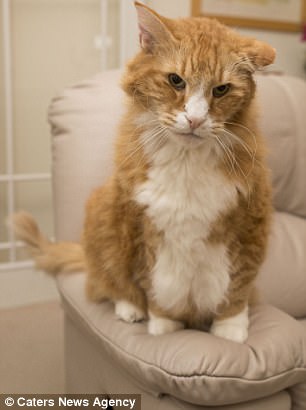 Ulric the cat ballooned to an enormous 2st 2lbs at his largest (left), but has now shed more than a stone (right) 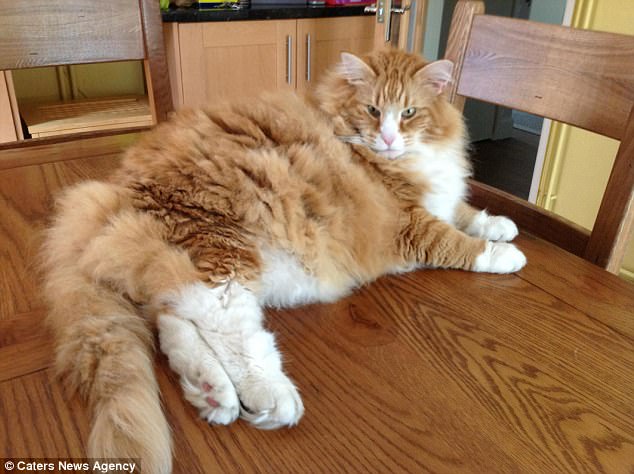 After becoming almost twice the weight of a normal cat by eatign his and his sister’s food, owner Jan Mitchell put him on a strict diet 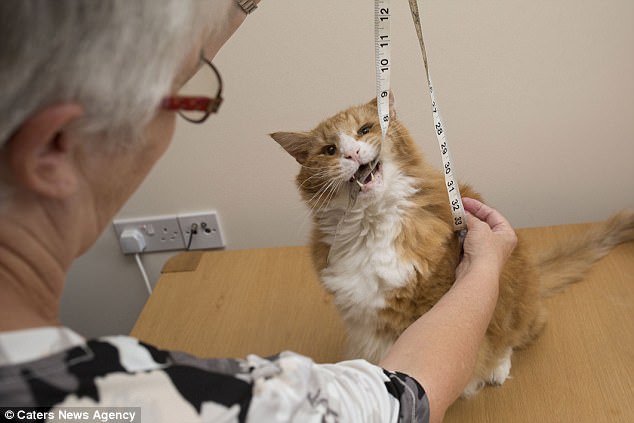 Ulric now he has lost weight, being measured by his owner Janet Mitchell, pictured at their home in Dorchester 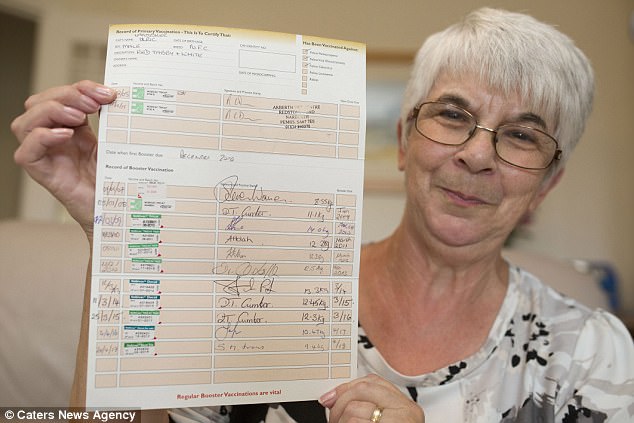 Ms Mitchell, 72, said: ‘He is such a lovely cat, and he really is an elder statesman now.

‘The skin hanging from underneath him helps with that image. It swings around underneath him when he walks and looks really funny, but he doesn’t seem to mind.

‘Getting him on a diet took real perseverance. I had to weigh 45g of special dried food for him twice every day and make sure he wasn’t sneakily eating anything else.

‘For the first few months he only lost a pound, but since he started playing with Dennis the dog the weight has dropped off him.

‘I’m really proud of what he has done, and I don’t worry about him putting the weight back on. 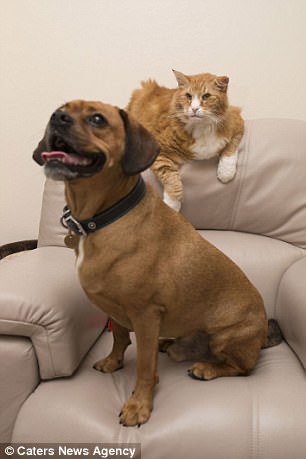 Ulric now he has lost weight, pictured with Dennis, who was bought to help him exercise

‘Even though he is 12 he is still quite active. He can be a nightmare when he is prowling around at night.

‘And he is so used to dried food now I don’t think he’d eat anything else. He wouldn’t know what to do with a chicken, which is quite a change from where he was!’

Ms Mitchell, a retired secretary from Dorchester, Dorset, first got Ulric in 2005.

She could not work out why he grew to be so large, until one day she discovered he was eating all of food out of his sister Ulla’s bowl too.

Ulric was put on a strict diet but barely lost any weight for six months.

It was only when Dennis, a pug and King Charles cavalier spaniel cross, joined the family that he began to move around.

Ms Mitchell said: ‘He was quite a lazy cat before and obviously very greedy.

‘But he and Dennis have become good friends and the weight just came off. Ulric is definitely more energetic than he used to be.

‘When I had a garden they would run around and play together. Now I’m in a flat, but they do still keep each other entertained.

‘Ulric is definitely the boss. When he has had enough he lets Dennis know, and he can chase him off quite quickly given his age. 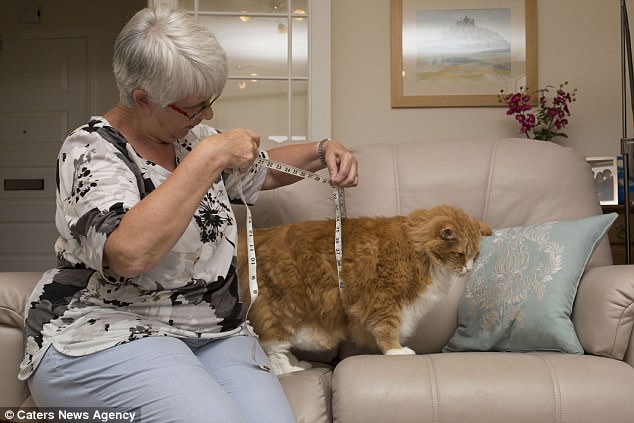 Ms Mitchell could not work out why he grew to be so large, until one day she discovered he was eating all of food out of his sister Ulla’s bowl too 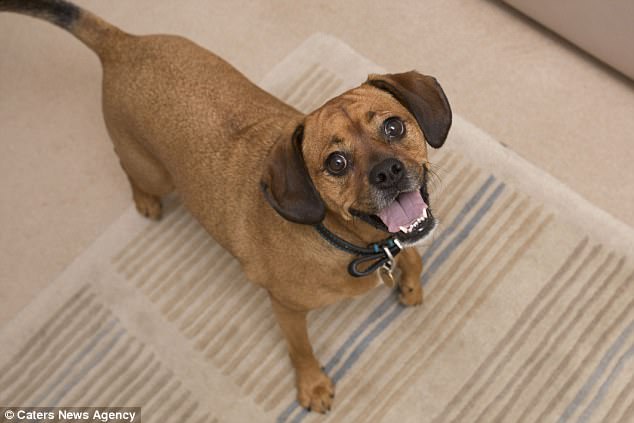 It was only when Dennis, a pug and King Charles cavalier spaniel cross, joined the family that he began to move around.

‘The two of them are very popular with other residents in the flat. My friends love them so I’m a little worried they might get spoiled too much!’

Ulric was the fattest cat ever to be entered into the PDSA Pet Fit Club when he joined the animal weight loss programme in 2009.

But while in the programme and before saviour Dennis came along, he only managed to loose 12oz.

However, he now weighs a healthy 1st 3lbs.