Blogger bought an NFT painting for $411,000, but it turned out to be stolen 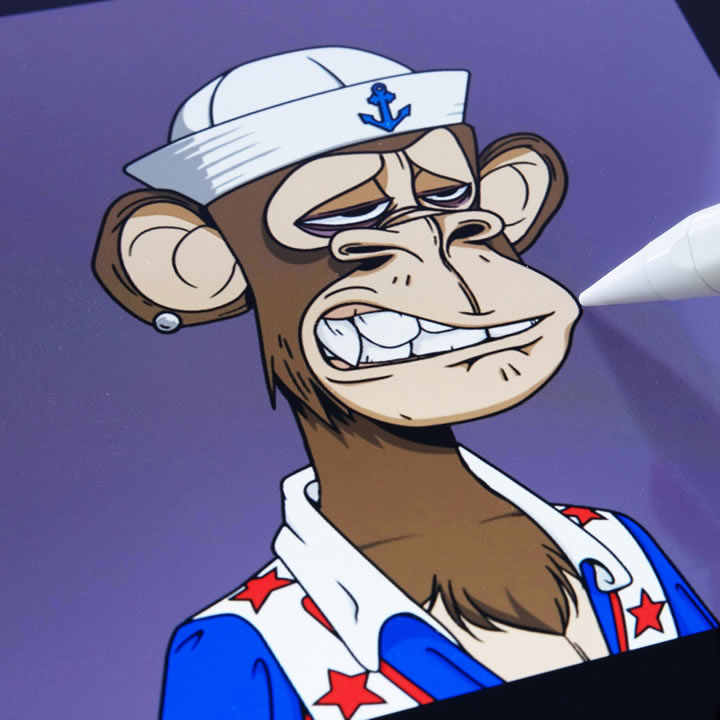 NFT has quickly become a major trend in the world of art and finance. News about transactions for record amounts can be heard everywhere. With NFC, you can sell almost any virtual object — images, music, texts, 3D models.

But most often we are talking about objects of digital (or digitized) art. On April 24, Eric Davidich was live streaming, where his colleague Azam Khodzhaev, a well—known crypto blogger, bought an NFT picture from the Bored Ape Yacht Club series.

Bored Ape Yacht Club (BAYC) — leaders of the NFT market. The first NFT collection was launched in April of this year, and since then
the total sales of the IFNS have grown to almost $1.4 billion.

Bloggers first talked to a million-strong audience about modern crypto art, that NFT is a new investment tool, then Azam Khodzhaev bought an NFT monkey, but immediately got BANNED, all because it turned out the NFT figurine from Bored Ape Yacht Club series was stolen from the previous owner.

Now the crypto blogger cannot refund the money or sell the painting. NFT is a very questionable tool, someone calls it an investment, and someone calls it a “bubble”. But as it turned out, you can lose your money already in the purchase process.

Theft of virtual valuables, alas, is not uncommon. In 2020, after the death of Chinese artist Qin Han, a fraudster who called himself the owner of the rights to her works sold them in NFT format at an online auction and put the proceeds in his pocket.

At the beginning of this year, the owner of the Chelsea Art Gallery, Todd Krammer, almost lost valuable copies from the cult series of tokens “Bored Monkeys” ― attackers hacked his crypto vault and put up pictures with monkeys at one of the digital auctions.

It’s good that the platform promptly reacted to the owner’s complaints and stopped the trade in stolen goods ― however, it was her goodwill because no laws have protected virtual property yet.

Many experts consider NFT a solid investment tool, since it is a new format of art, and art is only getting more expensive, but there is another opinion: NFT is a “soap bubble that will burst soon”

At the end of March, on CNN, one of the most famous and highly paid digital artists in the world, Mike Winkelman, known under the pseudonym Beeple, warned that the recent rapid growth of the NFT market “is most likely a bubble.”

“I’m not saying that this market will disappear completely — it will, of course, remain. But I want to warn people to be careful in their purchases — not everything that is currently being sold in this market will keep its price in the long term,” said the artist.

Mike Winkelman’s digital collage titled Everydays: The First 5000 Days was sold a year ago at Christie’s auction for a record $69 million at a starting price of $100.

The blogger Azam Khodzhaev runs his Telegram channel, where he shares information about the world of cryptocurrencies, as well as free coin signals that provide you with an opportunity to earn money.