A woman with PCOS who was told by doctors that she wouldn’t be able to lose weight has described how she proved them wrong and shed 30 pounds in just three months.

Alyssa Bossio, 25, of New York, first started her fitness Instagram account @effortlyss after struggling with her weight and general health in college. Today she has more than 1.6 million followers and works full-time on her brand.

But just a few years ago, Alyssa was struggling with polycystic ovary syndrome, a hormone imbalance affecting women that can lead to acne, infertility and difficulty losing weight.

Telling her story: New York blogger Alyssa Bossio managed to lose weight with PCOS despite the fact her doctors told her it would be extremely difficult

One to another: Alyssa explained in a YouTube video last year how she lost 30 pounds in just three months

She found herself piling on the pounds while at university and struggling to lose it, and generally feeling like something wasn’t quite right.

In a 2017 YouTube video documenting her journey, Alyssa explained how she was further discouraged from taking up a healthier lifestyle by the healthcare professionals she encountered along the way.

‘Doctors had told me that it would be very, very hard for me to lose weight that I had put on, and it was really discouraging because I thought there was no way I would be able to bounce back,’ she said.

‘I felt pretty much defeated because I guess when professionals tell you that you can’t lose weight and you’re stuck in this position, you listen to them. Those are supposed to be the people guiding you towards a healthier life. It just kind of weighed me down.’ 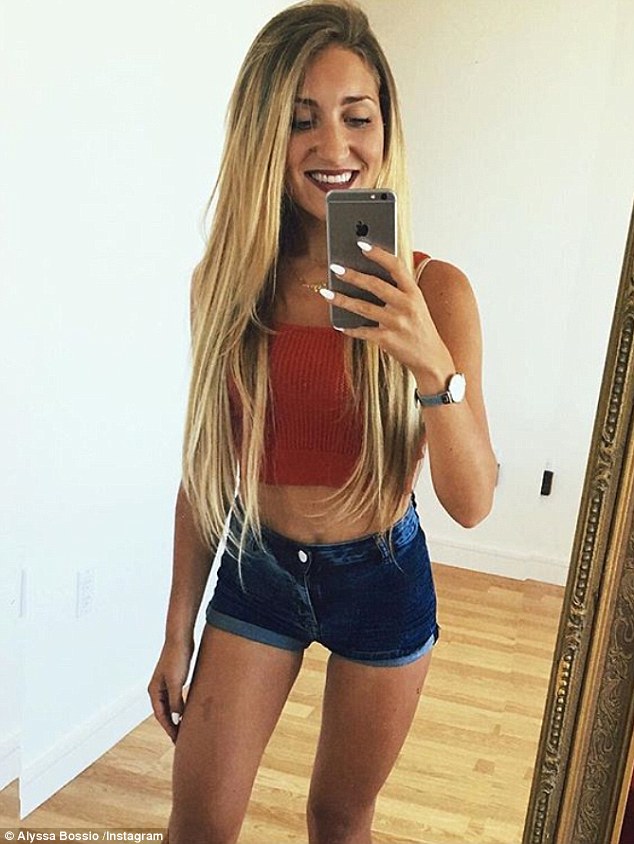 New look: The blogger, who has more than 1.6 million followers on Instagram, was feeling ‘awful’ on a series of medication for her PCOS 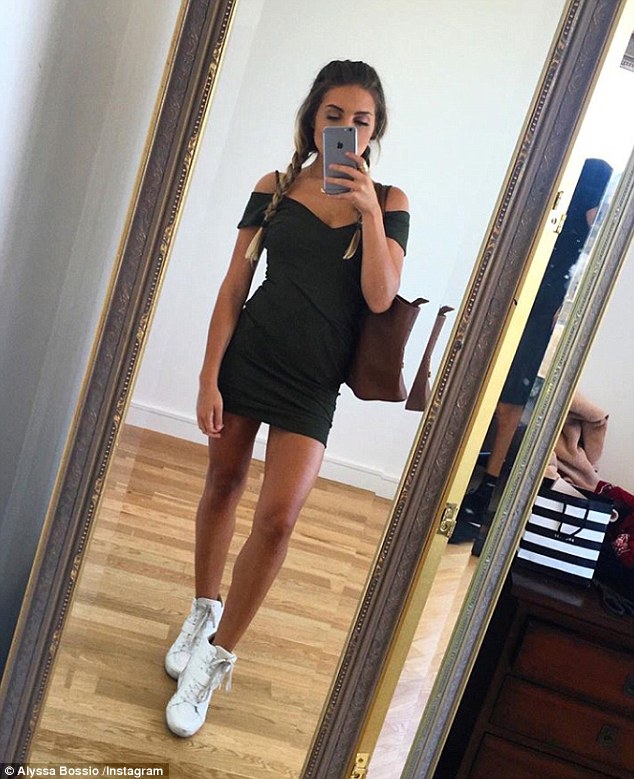 Moving on: When she decided to drop the medication and try more natural methods of improving her health, her doctors were skeptical

Proven success: Alyssa was working out every day and eating healthier and noticed a difference immediately – and her stubborn weight began to shift

Those doctors put her on three different types of hormone medication, including two kinds of birth control and a diabetes medication, which she claims made her feel constantly sick and caused her to put on an additional 15 pounds.

Then, after a year of no results from the medication, Alyssa decided to stop listening. She stopped taking the drugs, saying she felt ‘awful’ on them, and began to look for more natural solutions to her health ailments.

After a week of hunting online, she settled on the oldest health solution in the book: eating healthy and exercising regularly.

With a resolve to change her life, she started getting up at 5:30am, working out every single day and preparing all of her meals in advance. She started feeling a difference within a week.

‘I was feeling like myself for the first time in years,’ she said. ‘So I knew what I was doing was right.’ 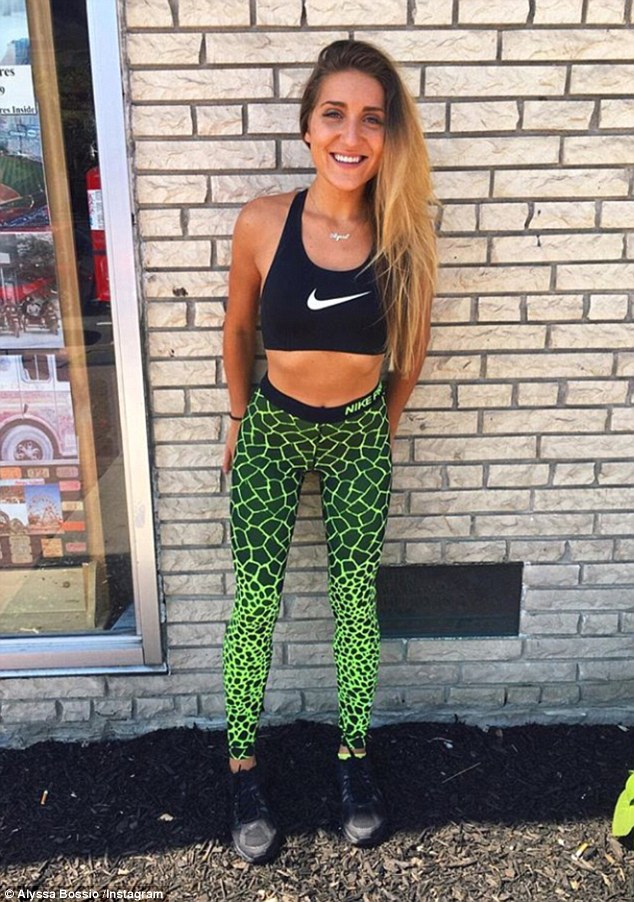 Keeping it up: She recommends that others looking for a change use a combination of cardio and weights in the gym 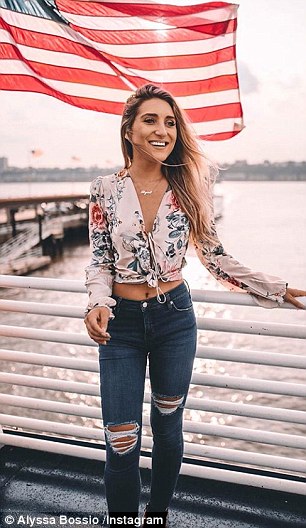 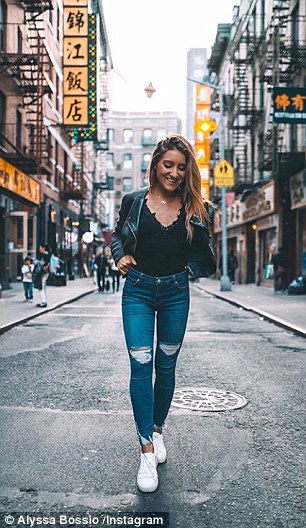 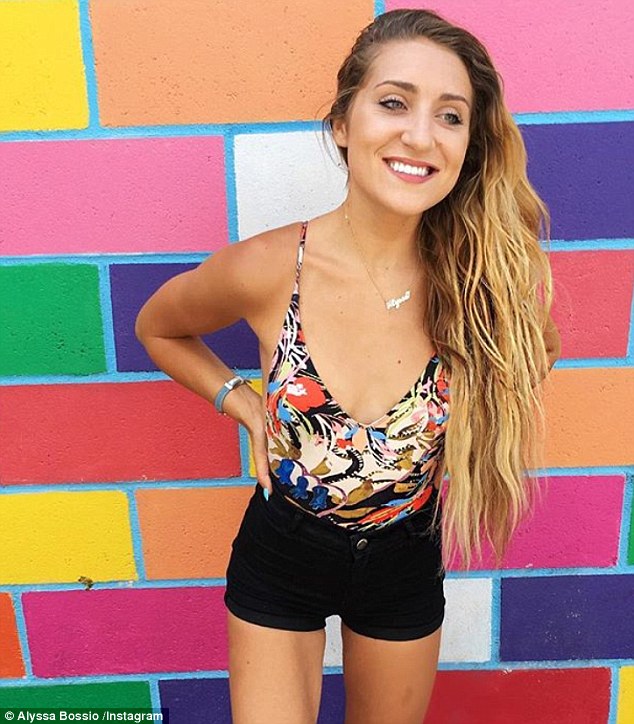 Making changes: Alyssa is now a vegan and explains on her blog how it has helped her feel even better

Despite feeling like her new routine and going off the medication was best for her, Alyssa claims her doctors were ‘skeptical’ and attempted to discourage her from ditching the meds.

But in addition to feeling better, Alyssa’s changes led to her finally shifting the stubborn weight she had gained, losing a total of 30 pounds in just three months.

She also began to have her period naturally every month for the first time in her life – free from hormonal help.

Today, Alyssa is vegan and makes a living from her Instagram page and her travel and lifestyle blog.

As for her top tips for people looking to achieve similar results, Alyssa recommended mixing cardio with weights in the gym, rather than sticking to one or the other, as well as looking for healthy alternatives to things like sugar and treats.