The violent attack occurred at the family home in Milperra, in Sydney’s south-west, about 9.30pm after news of the party spread on social media.

The 13-year-old girl’s father, believed to be in his late 50s, and his step son were both struck in the head several times, police reported.

A father and his step son were bashed on Friday night, after a Halloween party they were hosting drew a crowd of 50 violent gatecrashers 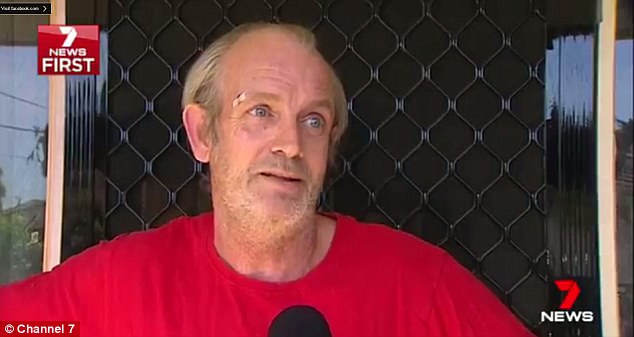 The father, a man in his 50s known as Paul, told 7 News the gatecrashers found out about the party on social media

The man, known as Paul, told 7 News the gatecrashers found out about the party on social media, after pictures surfaced on Snapchat and Facebook.

‘I’m upset that something that was supposed to be a good night for the kids ended up in terror for them,’ he said.

‘I tried my hardest to look after them.

‘People just have to be very very careful with the social media these days.’ 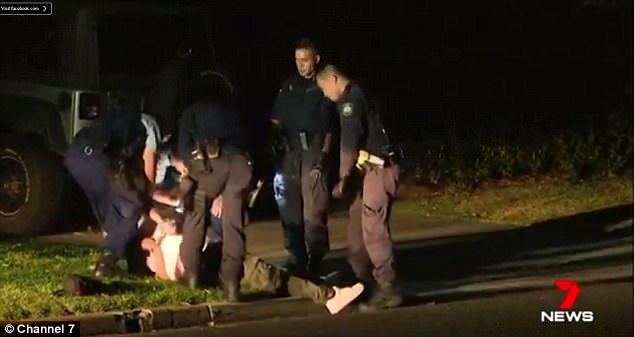 Paul and his step son were bashed by the thugs before the riot squad was called to disperse the crowd.

They were treated at the scene by NSW Ambulance paramedics before the younger man was taken to Bankstown Hospital with lacerations to his face.

Police have yet to arrest anyone in relation to the gatecrashing, claiming there is not enough information to go after the thugs.