Bloodhounds tracked down a missing three-year-old boy with autism in just 30 minutes after the toddler’s hiding spot baffled rescue crews for over two hours.

Aedric Hughes unlocked a door at his home and wandered into a nearby wooded area in Pace, Florida, on Sunday morning.

His grandmother, who was babysitting the boy while his mother was at work, contacted police when she noticed he was gone.

The Santa Rosa County Sheriff’s office brought in search crews and combed the woods for two hours without any luck.

Deputies then turned to a team of bloodhounds. It took the dogs under half an hour to sniff out the toddler, who was hiding in dense brush about 200 yards from his home.

Aedric Hughes, a three-year-old boy with autism, unlocked a door at his home and wandered into a nearby wooded area in Pace, Florida, on Sunday morning. Rescue crews searched for him for two hours before a team of bloodhounds came in and sniffed the toddler out within 30 minutes. Deputy Robert Lenzo is seen carrying Aedric back to safety 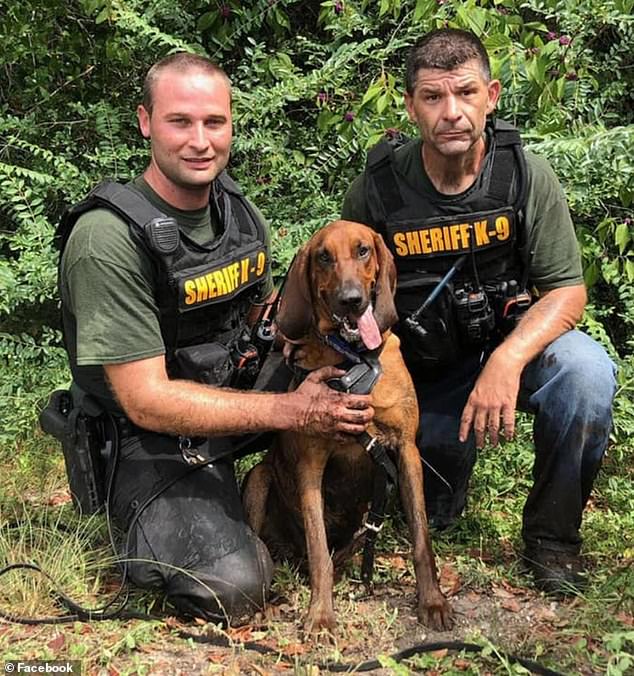 The Santa Rosa County Sheriff’s office posted about the rescue on Facebook, including a few photos of the team that made it happen. One of the hero hounds is seen with two handlers

‘That’s the most terrifying words a mother can get over the phone: “Your child is missing, get home now,”‘ Aedric’s mom, Audra Hughes, told WPEC-TV.

‘A couple hours later [I got] the best news of my life: “We found your kid.”‘

She added: ‘I’m very grateful to the team. Words can’t express the excitement, the gratitude that I have.’

The sheriff’s office posted about the rescue on their Facebook page, including a few photos of the team that made it happen.

Officials said the boy suffered a few scratches and bug bites but is otherwise doing well.

The K-9 team joined the Santa Rosa Sheriff’s office in 2018. In the last year the dogs have helped locate nine people, including missing senior citizens, criminals on the run, and missing children, the office said. 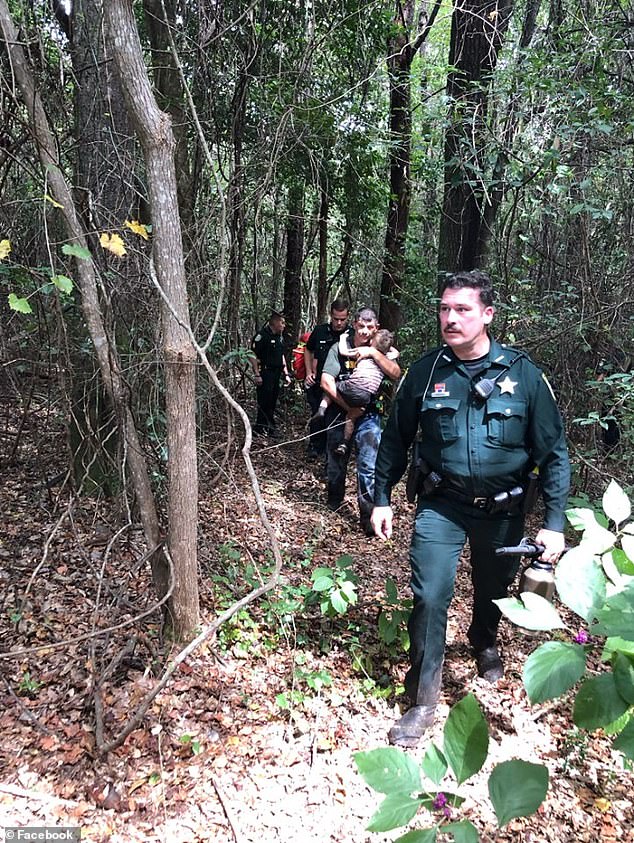