GRAPHIC CONTENT WARNING: Bloodied Aussie female fighter’s stunning display of bravery sees her retain world title which she dedicates to her murdered brother…before her opponent accuses her of being a drug cheat

Johnson retained her belt with a unanimous points decision in their duel on the undercard of the George Kambosos v Devin Haney world title rematch at Rod Laver Arena on Sunday.

Ramadan had threatened an upset after opening up a nasty cut above her rival’s eye in the first round that needed plenty of medical attention.

The 27-year-old champion managed to knock down Ramadan and showed no signs of injury, finding rhythm to beat her opponent in a gutsy effort. 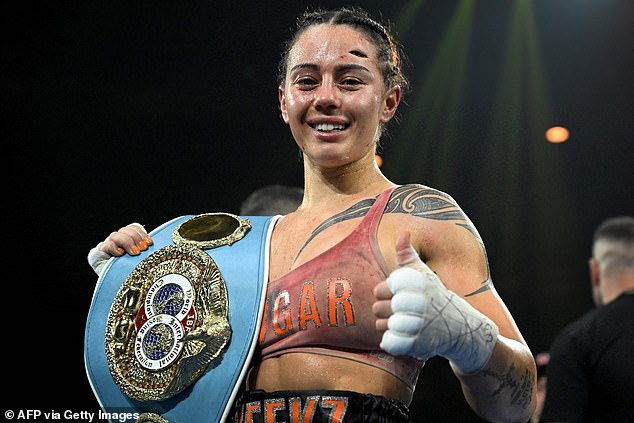 Johnson dedicated her victory to her brother Levi, who was tragically murdered in Brisbane last month in a sudden stabbing.

‘I freaked out a bit in the first round with the cut and felt the blood in my eye but I just tried to stay calm,’ said Johnson, who fights out of Melbourne.

‘I knew I could get through it if I stayed on my jab and didn’t get stuck in a brawl.

‘I’m dedicating this to my brother and I’m so glad I got the job done – I know he’s here in my corner.’

A five-time former world champion, 43-year-old Ramadan was unhappy with the judges’ decision and the fight referee.

‘My name’s Ramadan but I’m a proud Australian. I was born and raised here.’ 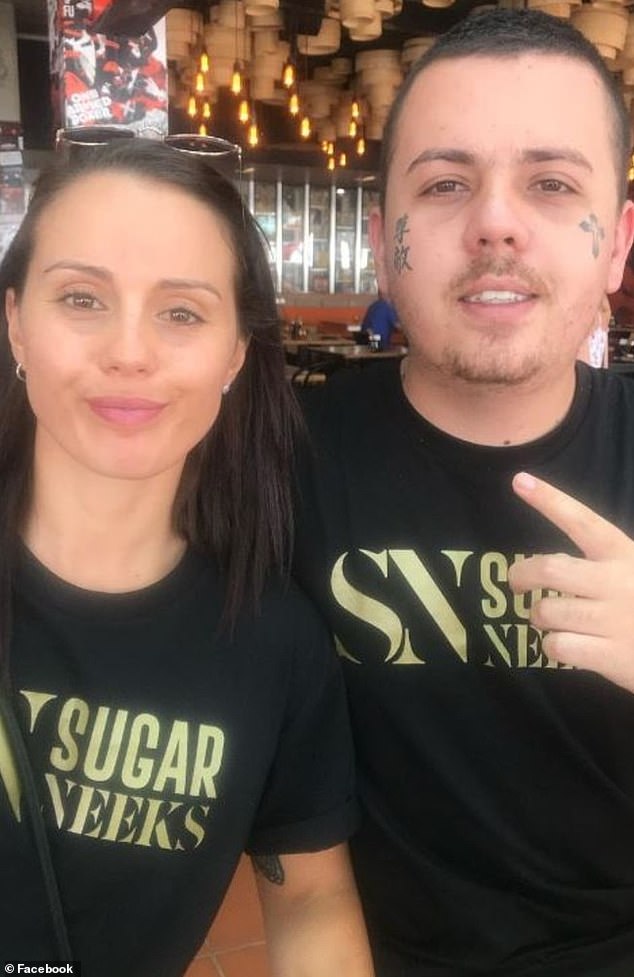 Johnson poses with her passed brother, Levi, who was tragically stabbed and murdered earlier this year in Brisbane

She went on to claim New Zealand-born Johnson should be drug tested.

‘I hope she gets tested too, because I’ve been told she’s on it,’ Ramadan said, providing no evidence for her claims.

Johnson made her professional debut in 2016 and faced her first defeat in 2021 – the only loss of her 16-bout career.