Bloodied face of female police officer, 22, who was allegedly ‘attacked by a man out on parole’

Pictured: Battered face of brave policewoman, 22, who allegedly had her ‘hair ripped out and face bitten after being attacked by a man on parole’ – as it’s revealed she could have scars for LIFE

A brave policewoman who allegedly had her hair ripped out and face bitten by a man on parole could suffer scars for life after the violent attack.

The 22-year-old officer was allegedly attacked by a 48-year-old man at an apartment in Sydney’s southern suburbs on Sunday.

She now faces a nervous wait to find out if she was given any STDs.

Officers arrived at a Brighton Le Sands unit after being called by neighbours who were concerned about the wellbeing of a man inside.

They allege the man became aggressive when they arrived.

Police allege the man became agitated and aggressive before charging at the officers.

But he allegedly continued his rampage, charging at the female officer.

It’s alleged that while holding her down, the man scratched and bit the woman’s face before ripping out clumps of her hair.

He was again tasered before several officers pinned him to the ground.

The female police officer was taken to St George Hospital for treatment and has since been released.

In a cruel twist, she won’t be able to hug her family or friends because she may have been exposed to the man’s saliva when he allegedly bit her.

Police Association of NSW Secretary Pat Gooley told 2GB there was no law in place to force accused attackers to be tested for infectious diseases.

‘This government doesn’t seem to take this issue seriously, we lobbied the government before the election, we’ve had no commitment.

‘The judiciary don’t seem to take these matters seriously.’

The alleged offender was on parole at when the attack occurred, according to 2GB.

He has been detained for a mental health assessment and has appeared at Sutherland Local Court charged with three offences. 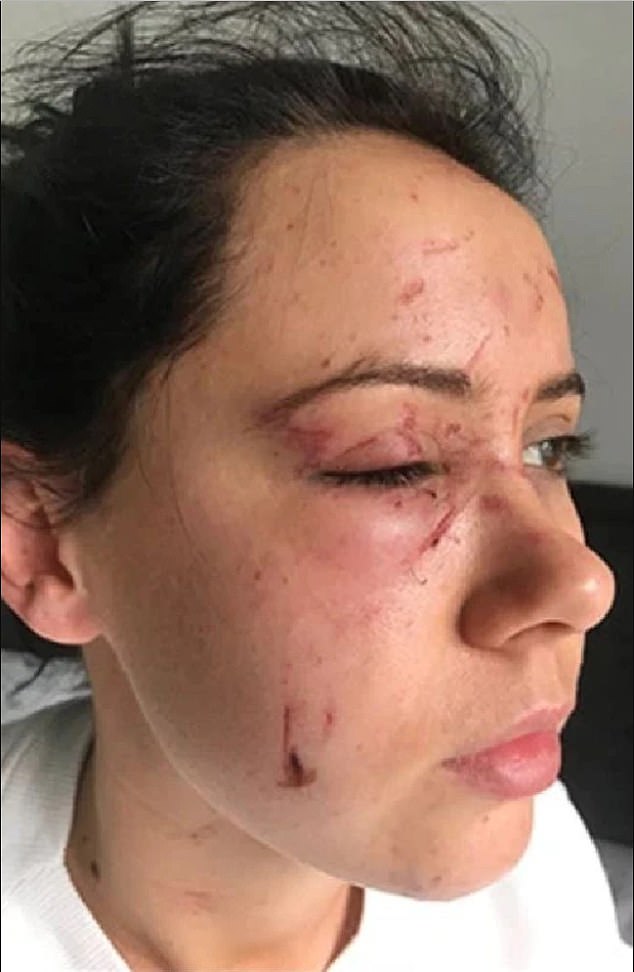