Former New York City Mayor Michael Bloomberg says he will consider whether or not to challenge President Donald Trump after the upcoming midterm election, noting he’s finds the attention heady.

‘Right now I’m only focused on the midterms,’ Bloomberg told CNN’s ‘Fareed Zakaria GPS.’ ‘I believe that the Republicans have not done what they should have done in terms of providing some counterbalance to the executive branch.’

He added: ‘Afterwards, you take a look at it.’ 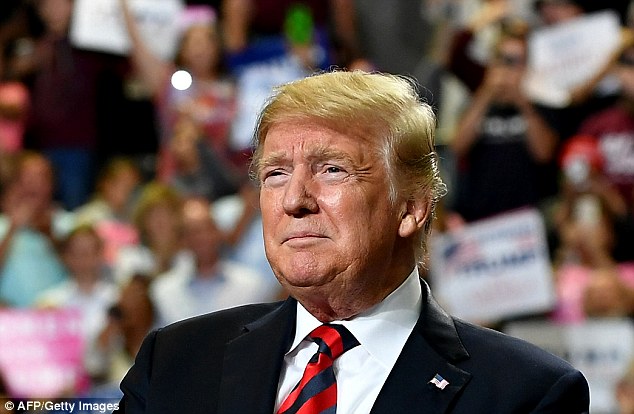 Bloomberg would run as a Democrat against President Trump

Bloomberg said he was flattered by calls for him to take on his fellow New York billionaire.

‘It is a very heady thing when people yell ‘run, run, run,” he said.

‘We’d see whether or not it’s possible and how I feel, but that’s down the road,’ he noted. ‘You’ve got to take these things one at a time. Everybody’s focused now on the midterms – at least they think they are, and they should be. And then afterward, we’ll – there’s lots of possibilities.’

This year, the billionaire is investing some of his massive cash to help Democrats in their quest to retake control of Congress.

He’s committed to spending at least $80 million to help them win Congressional races this year and that will earn him a lot of political gratitude in the process.

Bloomberg, who toyed in the past with launching a White House campaign as an Independent, told The New York Times earlier this month if he runs in 2020, it will be as a Democrat.

He will be 76 in 2020, making him the oldest and richest person to seek the Oval Office.

This also marks the fourth time Bloomberg has mulled throwing his hat into the presidential ring – an option he considered in 2008, 2012, and 2016.

Bloomberg considered running as an Independent last cycle but ultimately opted not to run two years ago amid fears he could not win on a third-party line.

But he campaigned against Trump, who smacked him down as a ‘little guy.’

Despite being New York billionaires, the two men rarely spent time together.

In 2007, when Bloomberg was in the second of his three terms as mayor, the two played together in a charity event at Trump National Golf Club.

And Bloomberg appeared twice on Trump’s reality TV show, ‘The Apprentice,’ in 2004 and 2008, to show support for a program produced in New York.

In July 2017, Bloomberg, in an interview with the German magazine Der Spiegel, took a shot at Trump’s wealth, implying the president wasn’t actually a billionaire. 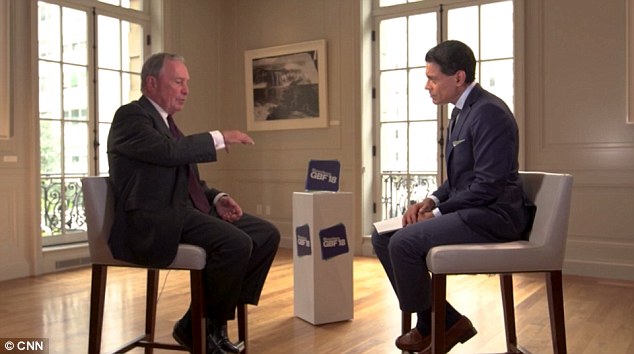 ‘Let me phrase this carefully so you get the message: I don’t know how wealthy other people are,’ Bloomberg told the interviewer when asked about the president.

And when asked if he was implying Trump wasn’t a billionaire, Bloomberg replied: ‘I didn’t say that. You said that.’

Bloomberg is believe to be worth $51.7 billion, according to Forbes, while Trump’s is believed to be $3.1 billion.

Trump told CNN in January 2016 the friendship between the two men was over.

‘We used to be friends,’ he said when asked about Bloomberg’s criticism of him. ‘I guess we’re not friends anymore.’