Boris Johnson is seen as a less capable leader that Theresa May at the same time in her premiership, a new poll reveals today.

In in another blow for the embattled Prime Minister only 36 per cent of people surveyed by Ipsos Mori for the Evening Standard thought that Mr Johnson was equipped to be the leader.

The poll compared with 68 per cent of voters who thought Mrs May was capable when she addressed her first Tory Party conference in September 2016.

It was released during this year’s conference, although it polled 1,000 people earlier this month, before he was rocked by problems including Brexit, his loss in the Supreme Court and his personal conduct with women and in Parliament.

He has even failed to surpass the 46 per cent rating Mrs May achieved in April 2018, after she had lost the Tory majority in the general election. 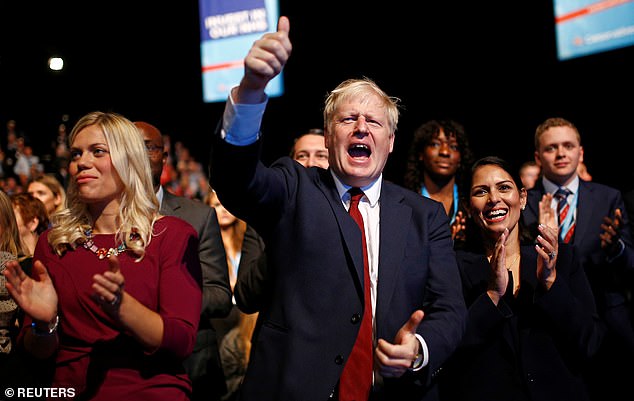 Mr Johnson listening to a speech at the Conservative Party conference in Manchester today, as dire poll ratings were revealed

Mr Johnson’s government has some of the lowest approval ratings on record with just 14 per cent of voters satisfied with its performance, down from 18 per cent in July.

The Ipsos Mori poll also found that while more than half of voters (51 per cent) want a general election this year, only one-in-eight think there will be a Tory majority, with most believing there will be a hung parliament for the second election in a row.

Yesterday a separate poll found that nearly half of voters want Mr Johnson to resign as prime minister – but the Tories remain far ahead of Labour.

A survey conducted by Opinium found that 47 per cent of people believe Mr Johnson should quit in the wake of the Supreme Court ruling his prorogation of Parliament was unlawful. 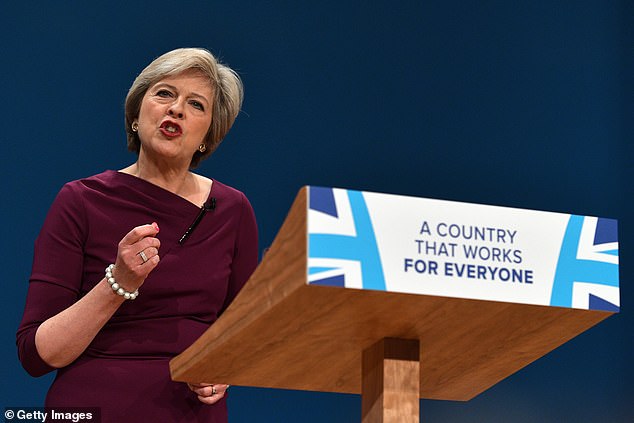 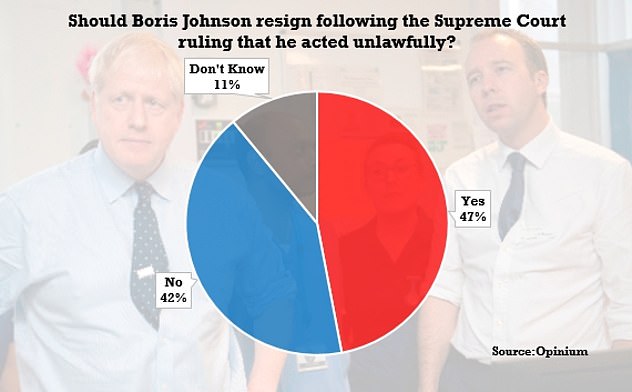 But 42 per cent believe the Prime Minister should stay in post with the numbers painting a picture of an increasingly divided nation.

On the issue of the court’s decision last week, almost half (49 per cent) of respondents said they agreed with the unanimous ruling while 35 per cent said they believed the PM was right to try to suspend Parliament.

Despite the personal pressure on Mr Johnson over his actions, his Conservative Party continues to perform strongly in the polls.

The Opinium survey puts the Tories on 36 per cent with Labour trailing in second place on 24 per cent – a lead of 12 points.

The Liberal Democrats are in third place on 20 per cent while the Brexit Party is fourth on 11 per cent.