The blue light which comes from smartphones, tablets and street lights may help to cause cancer.

People exposed to high levels of blue light at night have double the risk of prostate cancer and one and a half times the risk of breast cancer, an international study involving the University of Exeter found.

The light which glows from electronic devices is already believed to disrupt our body clocks, with people who use Kindles taking longer to fall asleep.

That may also affect hormones which can lead to cancer, according to the findings on blue light, which also shines into our homes from LED street lights.

Researchers led by Barcelona Institute for Global Health found people exposed to outdoor and indoor blue light increased their cancer risk, based on a study of more than 4,000 people in 11 regions.

People exposed to high levels of blue light at night have double the risk of prostate cancer and one and a half times the risk of breast cancer, an international study involving the University of Exeter found

Dr Alejandro Sánchez de Miguel, a co-author of the study from the University of Exeter, said: ‘Humans have evolved to need light during the day and darkness at night. As towns and cities replace older lighting, we’re all exposed to higher levels of ‘blue’ lights, which can disrupt our biological clocks.

‘It’s imperative that we know for sure whether this increases our risk of cancer. Scientists have long suspected this may be the case – now our innovative findings indicate a strong link.’

He added: ‘We must also investigate whether night-time exposure to the blue light emitted by smartphones and tablets increases our risk of cancer.’

Blue light has long been suspected to be the reason that night shift workers, exposed to artificial light for longer, have a greater risk of cancer.

The light, which has one of the shortest wavelengths, cuts the body’s production of melatonin, which plays a key role in regulating the body clock.

This may disrupt other hormones, and both prostate and breast cancer are hormone-related.

As well as being emitted by flat screens, smartphones and tablets, blue light comes from street lights with LED bulbs, which are on the rise in Britain, with Kent County Council in the process of converting its 118,000 lamps.

People who were exposed to blue light from street lamps at night had a higher risk of breast and prostate cancer.

Indoor light was recorded by asking people if they slept in total darkness, an almost dark room, dim light or were ‘quite illuminated’. 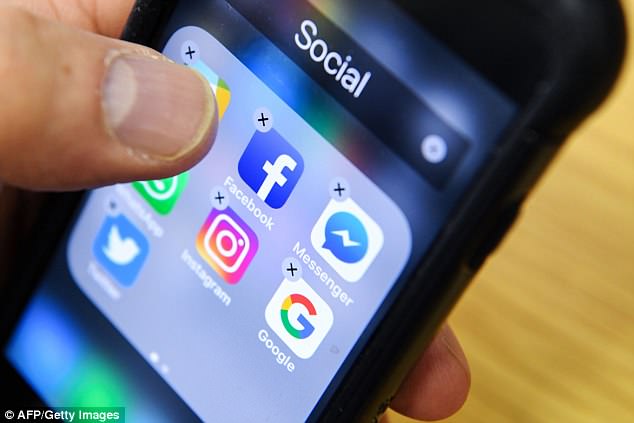 Blue light has long been suspected to be the reason that night shift workers, exposed to artificial light for longer, have a greater risk of cancer

While there was no effect on breast cancer, men who reported sleeping in quite well-lit bedrooms had a higher risk of prostate cancer than those in the dark.

Dr Manolis Kogevinas, a coordinator of the study from Barcelona Institute for Global, said: ‘The World Health Organisation’s International Agency for Research on Cancer (IARC) has classified night shift work as probably carcinogenic to humans.

‘There is evidence pointing to an association between exposure to artificial light at night, disruption of the circadian rhythm, and breast and prostate cancers.’

The authors say exposure to blue light has rapidly increased due to the ‘massive use’ of LED lights and smartphones and tablets.

Melatonin’s role in breast and prostate cancer is not yet understood, but it may prevent inflammation – the immune system’s response to infection which has been linked to cancer.

There is less blue light in non-LED light bulbs, but it is still present. The experts say people could avoid bright lights one to two hours before bedtime and use dimmer switches.