The Wiggles star Anthony Field, 56, has revealed he had a panic attack when his bandmate Greg Page, 48, suffered a cardiac arrest on stage during a live-streamed charity concert for the Australian bushfires on Friday.

The the 56-year-old said he was so overcome with emotion at the thought of losing his friend of 30 years and ended up on the ‘ground’.

Speaking to Triple M’s Moonman In The Morning on Monday, he said: ‘The worst thing was seeing Greg, he was lifeless. He had no pulse. He wasn’t breathing.’

‘My eyes rolled up, I fell down and started shaking’: Blue Wiggle Anthony Field reveals he had a panic attack on stage after witnessing Greg Page’s cardiac arrest

Anthony admitted: ‘I have a few mental conditions myself, so I go[went] into a panic attack. I was on the ground.’

The children’ entertainer explained what was involved when he has a panic attack: ‘I start stuttering, my eyes roll up and I fall down and start shaking like I’m having a heart attack.’

On Saturday, Anthony visited Greg at Sydney’s Westmead Hospital, where he remains in a serious-but-stable condition after a life-saving medical procedure.

‘I went to visit him and I was talking to him [about what happened] and he had no recollection of what happened, and when I was telling him I relived it in my head and I started having another panic attack,’ he added. 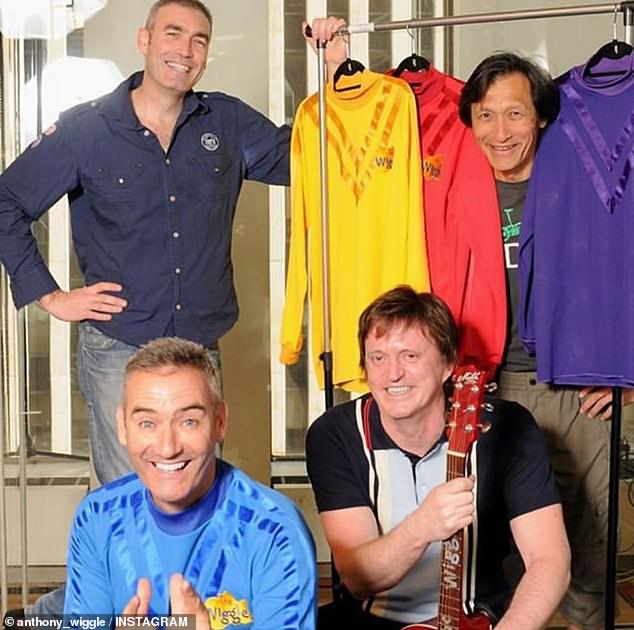 ‘The worst thing was seeing Greg, lifeless’: Blue Wiggle Anthony said he became so emotional at the thought of losing his friend of 30 years that he went into a panic attack on the stage floor 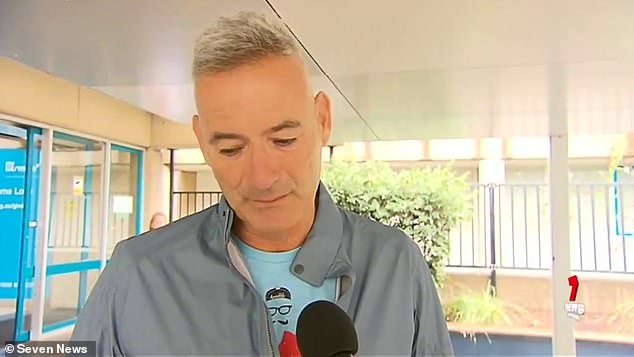 ‘They really brought him back’: Blue Wiggle Anthony (pictured) broke down in tears on Saturday, as he recalled the moment cast, crew and an event-goer saved Greg after his cardiac arrest at Sydney’s Castle Hill RSL on Friday night

Speaking to 7News outside the Sydney hospital over the weekend, Anthony broke down in tears as he thanked those responsible for saving Greg’s life.

He thanked drummer Steve Pace, a woman named Kim who works in The Wiggles’ office, as well as an off-duty nurse from the audience.

The original Yellow Wiggle, 48, suffers from a crippling nervous system disorder that caused him to collapse during a reunion concert for bushfire relief.

Greg suffered cardiac arrest due to orthostatic intolerance or ‘upright intolerance’, meaning that whenever he stands up for a prolonged period of time, he risks his life.

People with orthostatic intolerance have a nervous system that struggles to pump enough blood around the body, which prompted Greg’s cardiac arrest. 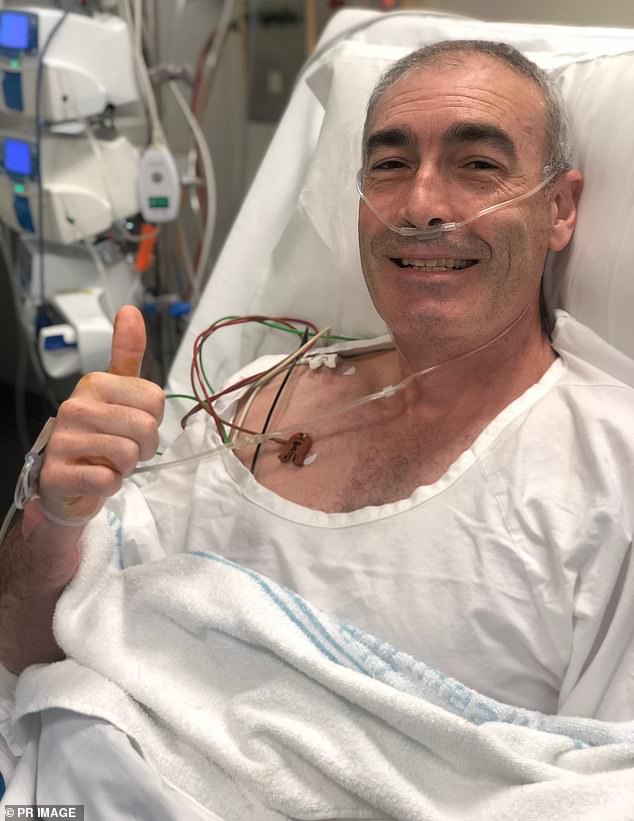 Brave: Greg is pictured in hospital where he is recovering from the cardiac arrest

The original Wiggles lineup were moments away from performing their final song, Hot Potato, when Greg suddenly collapsed.

Since Greg was standing upright for a long period of time, 750ml of blood flowed away from his head and down to his legs, putting immense pressure on his heart.

Greg is now at Sydney’s Westmead Hospital in a ‘serious but stable condition’ after the near-death experience. 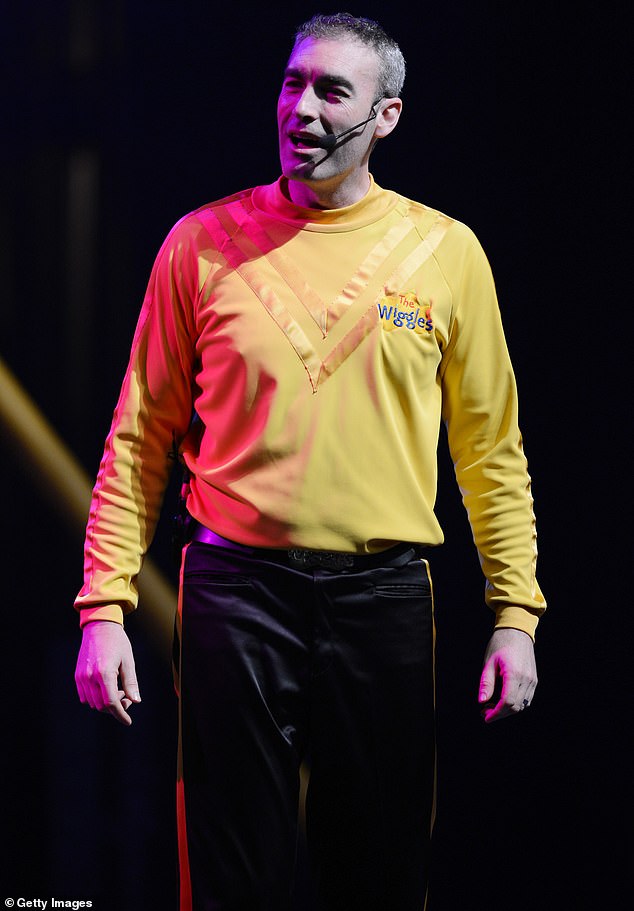 Recovering: On Saturday, it was reported that Greg woke up in hospital and insisted ‘the show should go on’ for the second Wiggles bushfire relief concert

The show must go on: The Wiggles said Greg’s main concern was that the bushfire relief concert went on without him. The group performed a second show on Saturday January 18

Greg’s life-threatening condition is what forced him to initially quit The Wiggles in November, 2006 after withdrawing from the group’s US tour that year.

He was also wrongly told he had ‘seven years to live’ by a doctor.

‘To be feeling the way you feel – tired, lethargic, heavy-chested, light-headed and just vague, and to be missing your mouth when you go to eat things – that was a pretty raw moment,’ Greg said of his condition to The Sydney Morning Herald in 2008.

The Wiggles performed their second bushfire relief concert, with Emma replacing Greg as the Yellow Wiggle, on Saturday at Sydney’s Castle Hill RSL. 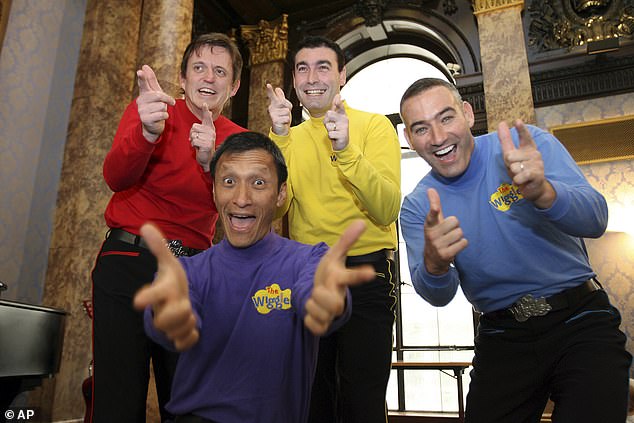 Condition: The frightening circulatory condition caused Greg (pictured back, centre) to leave The Wiggles back in 2006. Pictured in June that year