Blueberry muffin could contain more sugar than a can of Coke

Blueberry muffins contain up to ten teaspoons of hidden sugar, researchers have found.

In some cases the trendy snacks hold more sugar than a can of Coca Cola, the experts revealed.

Blueberry muffins contain up to ten teaspoons of hidden sugar, researchers have found

In a list of 28 muffins, 17 contained more than 22g of sugar – the equivalent of six teaspoons and close to an entire daily limit for a child of 10.

On average, muffins bought on-the-go at railway station food outlets had 19 per cent more sugar per portion and were 32 per cent bigger than those bought in supermarkets.

The researchers said there was a lack of nutrition labelling on products sold at popular outlets in train stations – such as AMT Coffee, Camden Food Co, Delice de France and Patisserie Valerie – leaving consumers in the dark about what they are eating.

Products bought at Caffe Nero, Tesco, and Starbucks had seven.

Caroline Cerny of the Obesity Health Alliance said: ‘We may think grabbing a blueberry muffin is a reasonably healthy option for a snack on the go compared to other cakes or a chocolate bar – yet the figures suggest otherwise.

‘There is huge variation in both the size of muffins and the sugar content; and with limited nutrition labelling it’s all too easy to eat a huge amount of sugar in just one serving. 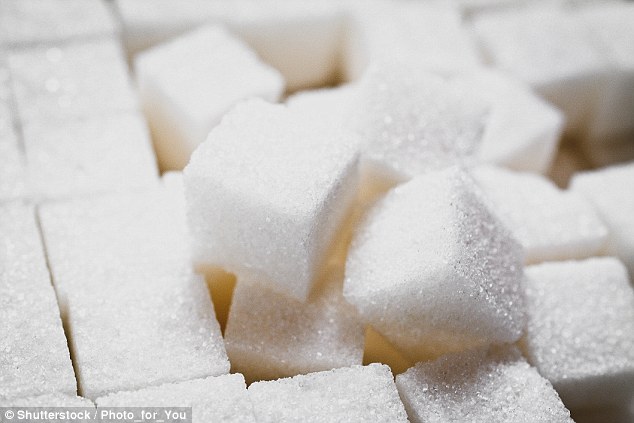 ‘Some of the muffins on sale have twice as much sugar than others.

‘This shows that it is possible for industry to significantly reduce sugar even in their most sugary products to help us all make healthier choices. Industry must step up to the plate and take responsibility for making the food they produce healthier.’

Registered nutritionist Kawther Hashem from Action on Sugar said: ‘During the Easter holidays, if families are travelling through these busy stations and were to buy blueberry muffins from one of the outlets available, those kids would likely be consuming almost their entire recommended limit of sugar that day, if not more.

‘And worryingly, it’s very difficult to know exactly what’s in these products as there is often no clear nutrition information at the point of sale.’ Professor Russell Viner, president of the Royal College of Paediatrics and Child Health, said.

‘This piece of analysis is a good example of just how confusing it can be for families to make the healthy food choice.

‘A blueberry muffin can seem like a healthier alternative but with such a variation in sugar content, people can use up their entire day’s sugar allowance within hours of leaving the house.’