A woman discovered a ‘message in a bottle’ written almost a century ago while scuba diving – and was able to track down the author’s daughter over social media.

Jennifer Dowker, 45, from Cheboygan, Michigan, was swimming in the Cheboygan River when she came across the small green bottle on the riverbed.

She unfurled the note, which read: ‘Will the person who finds this bottle return this paper to George Morrow, Cheboygan, Michigan and tell where it was found? November 1926.’

After sharing her discovery on Facebook, Jennifer was contacted by Mr Morrow’s daughter, Michele Primeau, 74, of Detroit.

Michele had recognized her late father’s handwriting and said he had a habit of leaving letters for people to find. She explained her father had died in 1995 and that the date on the letter suggests he put it in the water just before his 18th birthday.

Jennifer Dowker, 45, from Cheboygan, in Michigan, found a ‘message in a bottle’ while scuba diving in the Cheboygan River. Pictured: Emerging from water after finding the bottle 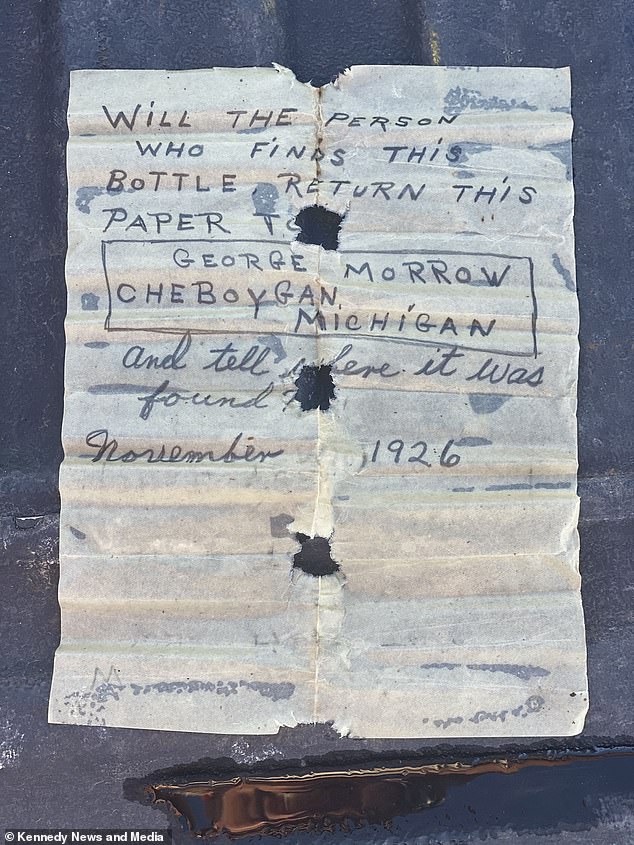 Jennifer had been diving in the hopes of finding an item to spark her client’s interest in the sport, when she found the message (pictured) 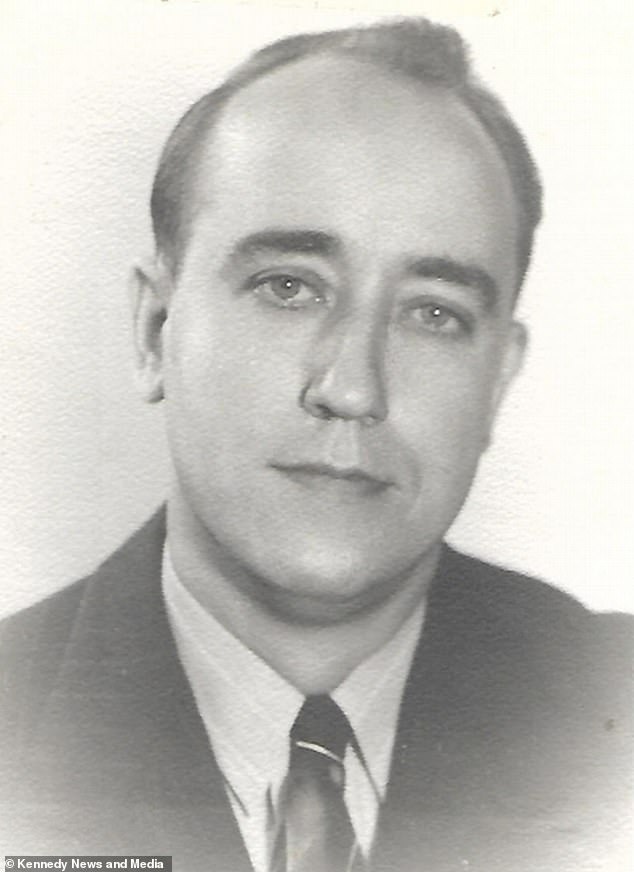 Jennifer said: ‘I am just so flabbergasted by the whole situation. It’s incredible. I am sitting back in awe at everything. It was like winning the lottery in my mind.

‘That’s what’s so weird about this. It was like winning the lottery in my mind… to have the response it’s gotten on social media has knocked my socks off. We can tell the story to our clients and inspire them when they go on their own scuba dives.’

She had wanted to find something to interest her friend Walter, who was learning to dive.

She explained: ‘I like to scuba dive the river and find old artifacts. I have a good time doing that. I thought “I should find something interesting to keep his interest in scuba diving peaked”.

‘I saw the little green bottle sitting on top of a fish bed. I picked it up and looked at it, and I could see the paper inside. 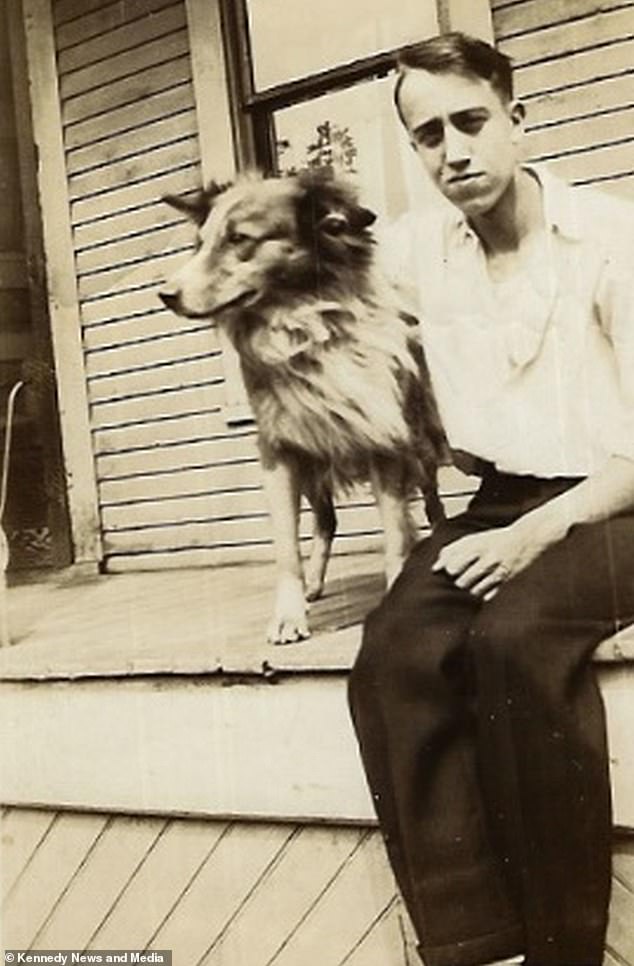 Jennifer said one person who contacted her recognized the handwriting on the message. Pictured: Late George Morrow, aged 18 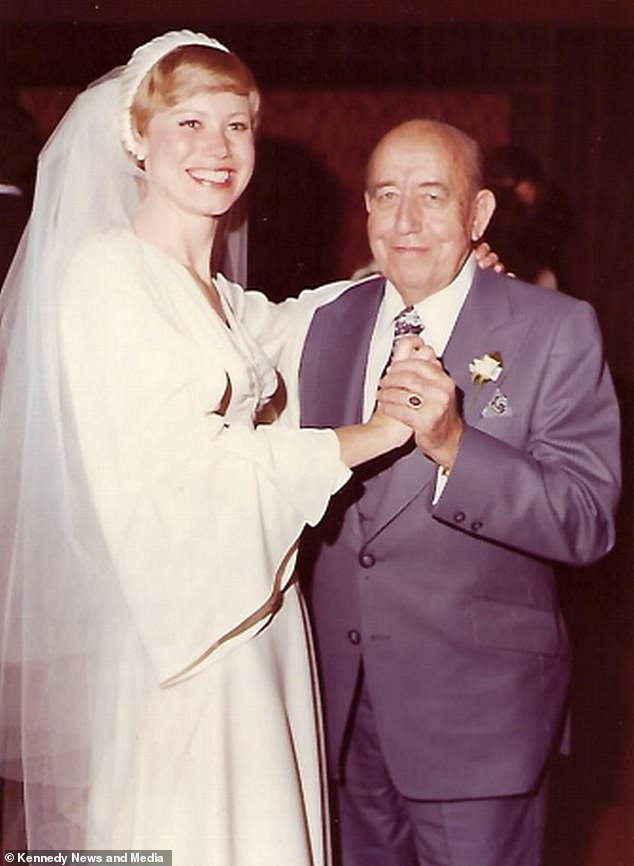 Michele explained her father likely dropped the message around his 18th birthday. Pictured: Late George Morrow with his daughter

‘It was about two-thirds full of water and I thought ‘oh no’, but I could find the word ‘this’ through the glass. I was like ‘holy c***, this is so cool’.’

The boat owner, who runs Nautical North Family Adventures, then swam back to her friends on the boat, clutching the piece of history in her hands, before scrambling on to the deck to read the note.

That night, she posted a picture on Facebook in the hope a local resident might come forward and know the owner – but had no idea the response she would receive the next day.

The post has since attracted more than 98,000 shares and 5,900 comments from amazed readers.

Jennifer said: ‘One of the people messaging me gave me a phone number for a lady, but on my way home, the lady called me. 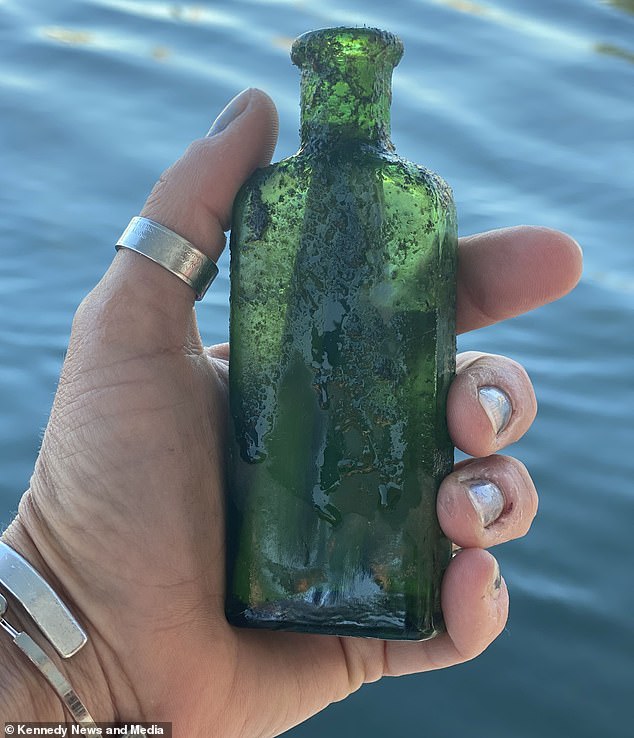 Jennifer took to Facebook in the hopes of reuniting the message with the writer. Pictured: Green bottle found by Jennifer 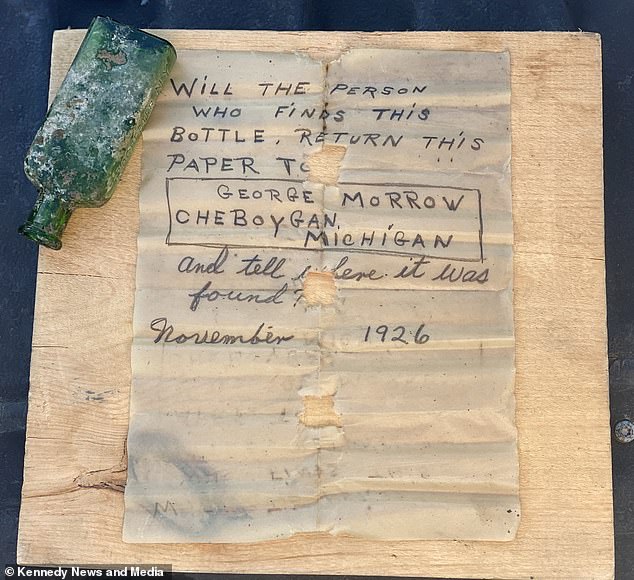 Jennifer, who is a mother-of-three, had feared the contents of the bottle was destroyed because it was filled with water. Pictured: Message from the bottle 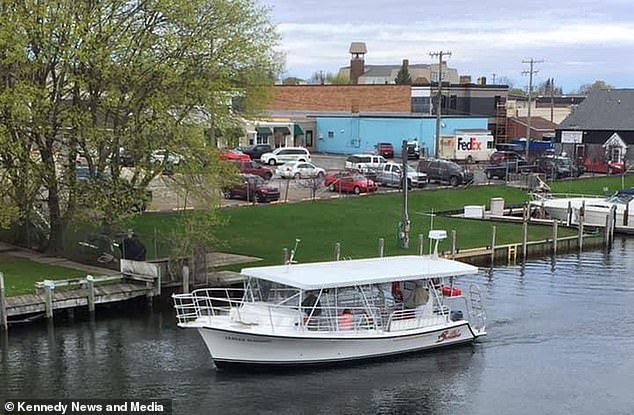 Jennifer said finding the ‘message in a bottle’ was like winning the lottery because she can keep it to inspire her clients. Pictured: Jennifer’s boat

‘She was almost in tears. She said “this is exactly what he would do”. He was always putting papers in the wall and bottles in the water.

‘She said he was born in November 15, so she figured he had dropped it in the water near his 18th birthday.

‘My goal was to send it back to her and we were both really excited, but the next day, on Monday, she said she’d slept on it and when she woke up, she decided it’d be better if we kept it here and kept his memory living on.’ 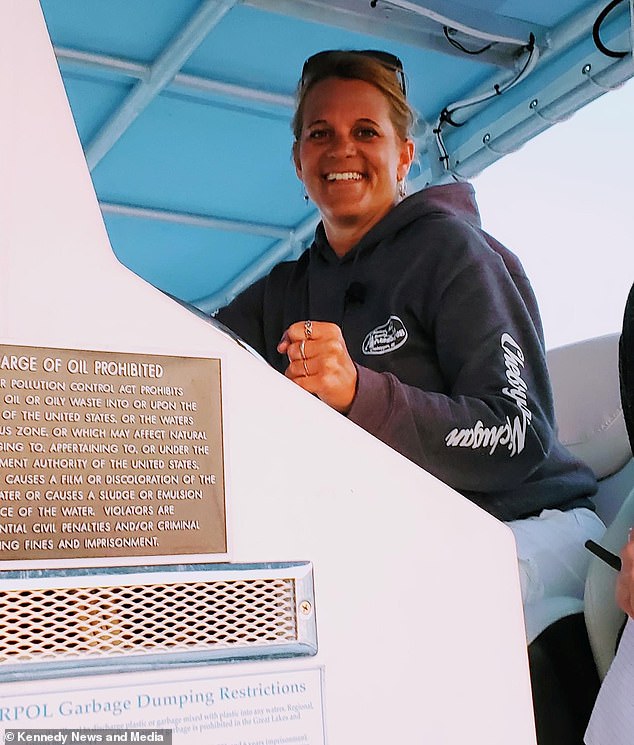 Jennifer (pictured), who runs Nautical North Family Adventures, racked up over 98,000 shares on her Facebook post about the bottle

George’s daughter Michele claims the note helped her think about the fond memories of her dad during Father’s Day weekend.

Michele said: ‘I can’t believe all this. It was interesting because it was Father’s Day that weekend and it brought back lots of memories about him. I knew immediately it was my dad

‘He was very sentimental and did things like that. I remember one time when we were camping, he did that in one of our great lakes here, Lake Keiran.

‘It shocked me because he died in 1995. It’s a long time. To see his handwriting after all this time was quite moving.

‘His name will live on if Jennifer has it and displays all this, as opposed to me having it in my home. She was very kind. I’m meeting her in September, we’re going up to northern Michigan. She said I have a lifetime of free tours on her boat.’ 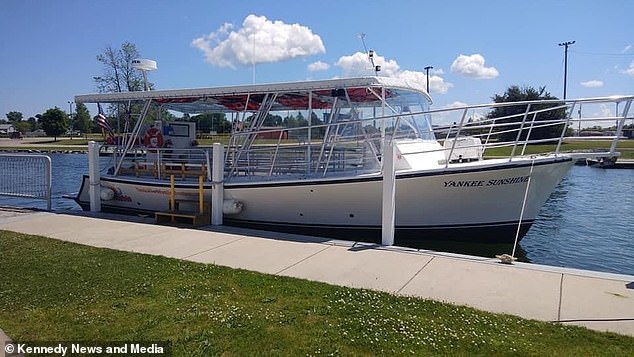 Michele said the found message bought back lots of memories of her father, who was sentimental. Pictured: Jennifer’s boat