Bob Saget was America’s dad from 1987 to 1995 in his role as Danny Tanner on Full House, but he wanted to be much more than that.

In a recently released interview, issued in three parts from the Til This Day with Radio Rahim podcast on Luminary, the late comedian explained he was looking forward to working on new projects that would allow him to touch his audience in a special way.

‘I actually believe I’m just starting, because I haven’t made a movie that I feel hit everybody, and I want to do a couple of those.’

Getting started:  In one of his final interviews, Bob Saget said he wanted to do more with his career. ”I actually believe I’m just starting, because I haven’t made a movie that I feel hit everybody’

In the May 2021 interview, the versatile star declared, ‘I’m just getting started. I swear. I’m going to be more than Bob.’

In discussing his lengthy resume’, the Philadelphia native said it was his father, Ben, a supermarket executive, who inspired his own work ethic. 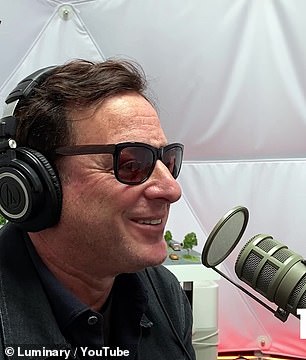 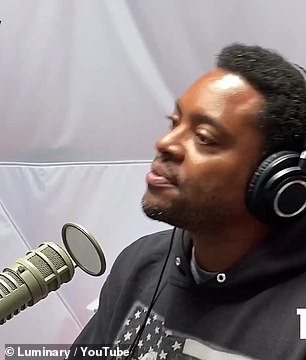 Interview: The late comic, who died in January at age 65, talked about his experience on Full House and what he hoped to do in the future

When offered the role that made him famous, the funnyman explained he knew what he was getting into.

‘I wanted to play that part. I knew I was the Richie Cunningham of the show. It had the same producers as Happy Days. I was there to sit down to give the lectures or just talk to my kids about how you get through life, you know.’

He admitted, laughingly, ‘and sometimes I’ll do it with my own kids. They’ll be in there room and I’ll sit down on the bed and start talking and where’s the synthesizer music, you know?’ 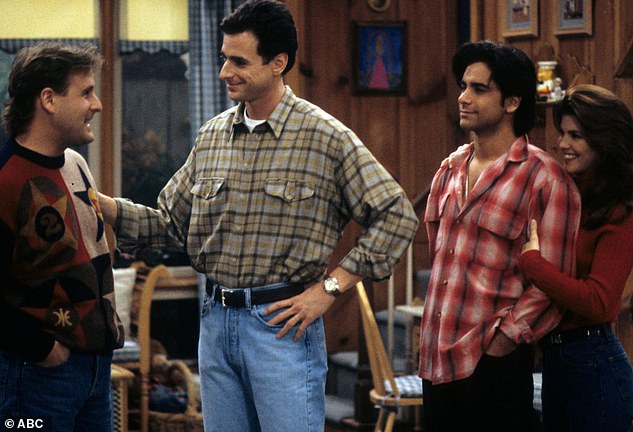 America’s dad:  The actor played Danny Tanner on Full House from 1987-1995. ‘I wanted to play that part. I knew I was the Richie Cunningham of the show.’  Pictured with Dave Coulier, John Stamos and Lori Loughlin 1994 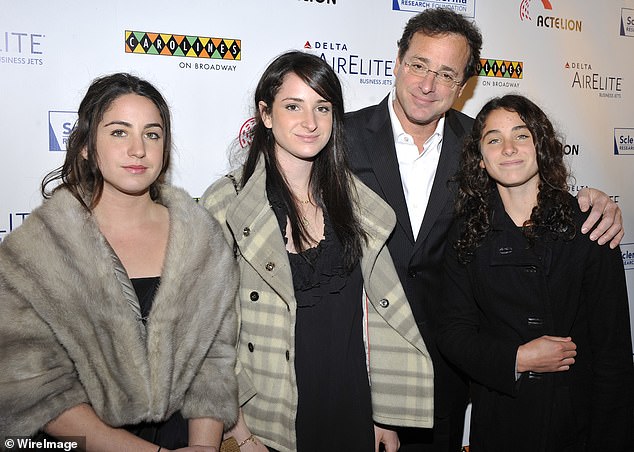 Family life: The funnyman revealed he often used the same tactics he used as a TV dad on his own daughters, Aubrey, 35, Lara, 32, and Jennifer, 29.  Pictured New York November 2008

The Surviving Suburbia actor was father to three daughters, Aubrey, 35, Lara, 32, and Jennifer, 29, from his first marriage to marriage and family therapist Sherri Kramer, 65.

The late actor dedicated his time and talents to the Scleroderma Research Foundation after his sister, Gay Saget, died from the rare disease which causes hardening and tightening of the skin in 1994. 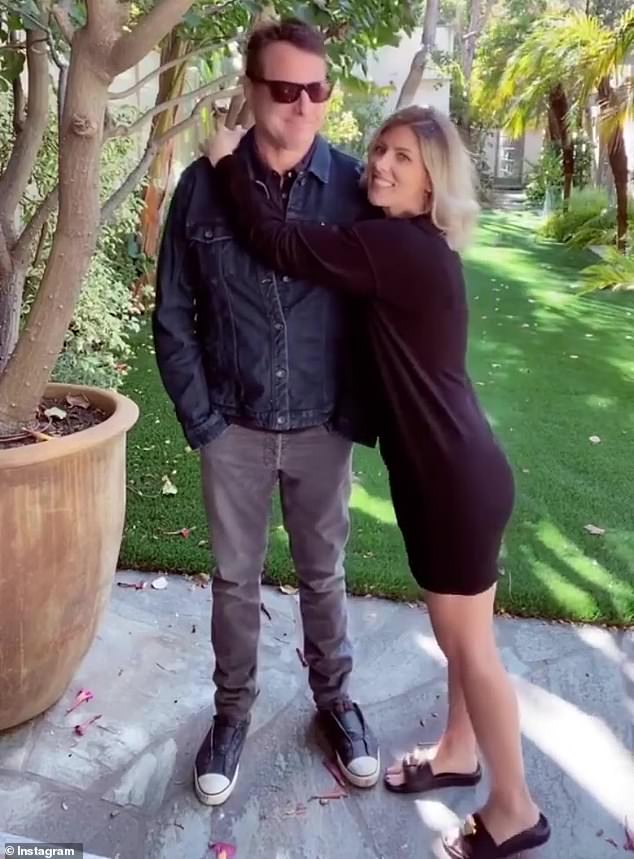 New love: After being single for more than 20 years,  the comedian married Eat Travel Rock TV host Kelly Rizzo, 42, in 2018

It was when his friend and former co-star John Stamos threw a birthday party for his 60th birthday that the Historical Roasts contributor explained that he learned about the impact he’d had on the lives of others, comparing himself to the George Bailey character in the film classic It’s a Wonderful Life.

‘I know for a fact that I have helped people. I know that I have given a lot of love to people because I have a lot.’

‘I have an extreme amount. I was raised with it. It’s what helped me to survive and stay sane.’ 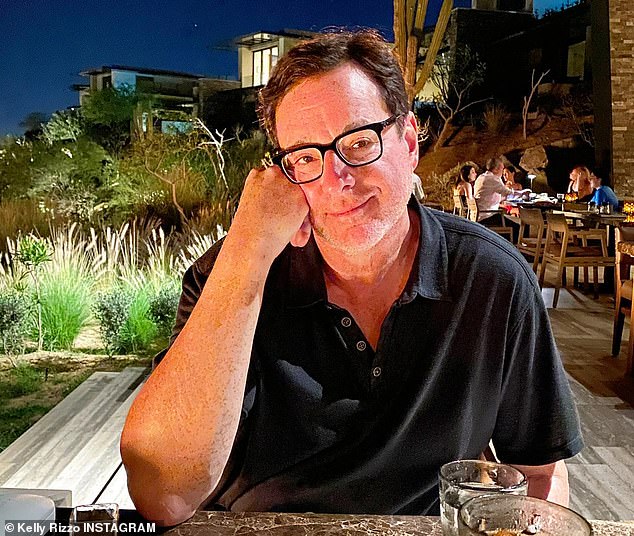 Love: Regarding the love he gave and the love he received, the stand up comedian revealed, ‘ I know that I have given a lot of love to people because I have a lot.  It’s what helped me to survive and stay sane’