Bobby Madley will referee again in the Premier League this weekend – four years after he was sacked when he filmed a video appearing to mock a disabled person.

Madley refereed 91 games in the top flight between 2013 and 2018, until he was removed from his role.

He is set to take charge of Brentford’s clash with Wolves at the Gtech Community Stadium in west London. 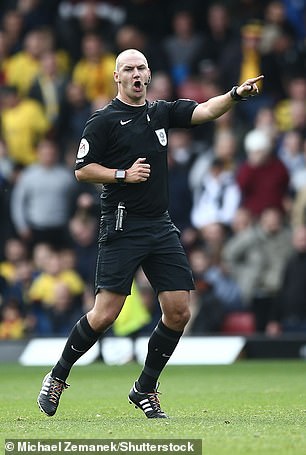 After briefly relocating to Norway following his dismissal, he returned to officiating in England in 2020, taking charge of games in League One and League Two, before he was promoted to refereeing Championship games from the beginning of this campaign.

His brother – Andy Madley is also a Premier League referee and will be in charge of Brighton’s game with Chelsea, also on Saturday.

It has been a long road for Madley to return to the English top flight, with the referee saying in 2019 that his sacking had: ‘Destroyed my career, my reputation and caused immeasurable damage to my family life.’

In January 2020, he revealed how he would ‘give anything’ to be a referee again in England and reflected on his previous role officiating the top flight as his ‘dream job’. 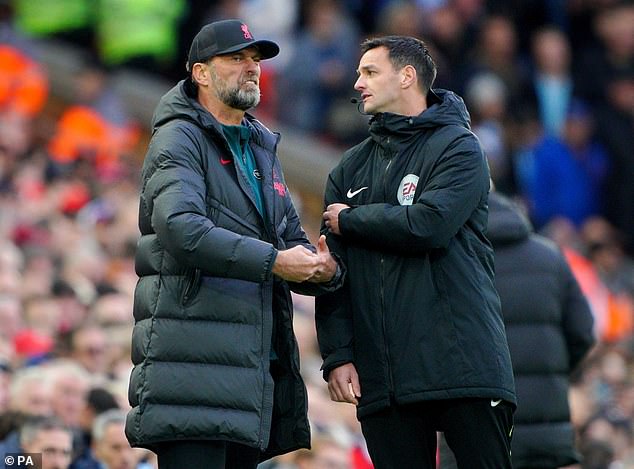 His brother Andy Madley (R) will also referee in the Premier League this weekend, taking charge of Brighton’s game with Chelsea

Madley also said: ‘I am not proud of my actions in 2018 and I have learned from this and feel I am a better and stronger person for it.

The Professional Game Match Officials Limited (PGMOL) wants to reward good performances by its referees and Madley is viewed as having repeatedly showed his elite refereeing quality since he came back to officating in England.

Madley had refereed games in the Norwegian lower leagues during his time in the country.

The PGMOL is also keen to make a better and smoother pathway to the top flight for its most exciting referees through its Elite Referee Development Plan.

This can be seen further this weekend with referee Sam Allison being given an opportunity as the fourth official in Brighton’s clash with Chelsea.

In 2020, Allison became the first black referee to officiate in the Football League since Uriah Rennie, after Rennie retired in 2009. 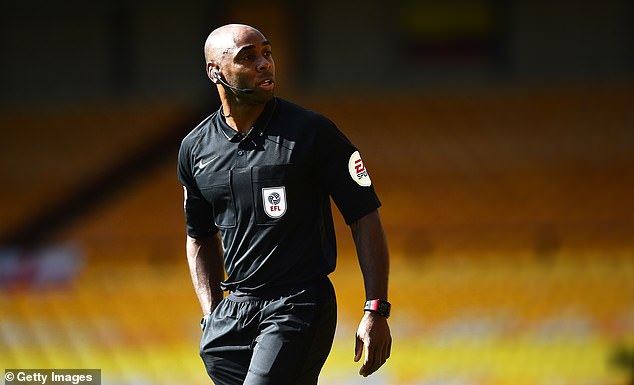