Police in Ohio have released bodycam footage that reveals the circumstances that led to three officers shooting a 24-year-old man.

In video that was released on Friday, Fairfield Police showed body cam video that led to the death of Tyler Jones at the apartment complex where he lived.

Officers had originally been called to the residence to settle a domestic disturbance between Jones and his girlfriend.

Cops told Tyler Jones, 24, to raise his hands but he refused and began to walk away 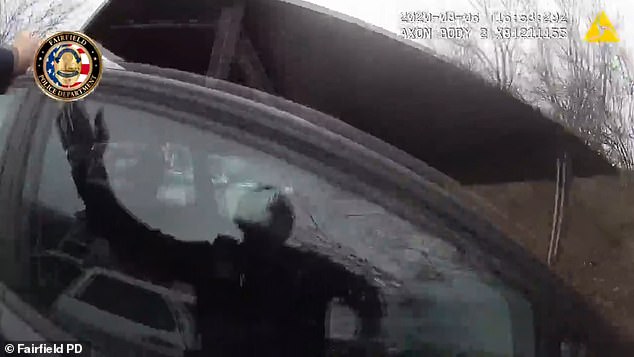 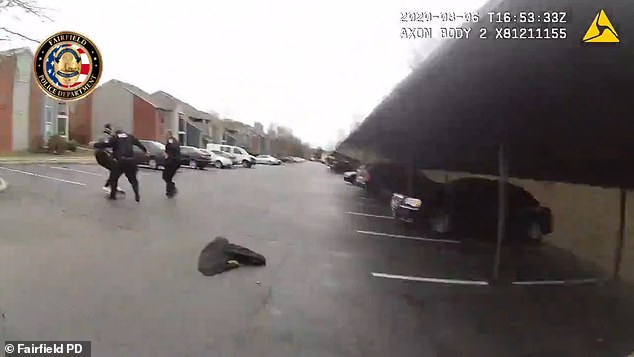 Police gave chase in the parking lot of the Fairfield, Ohio apartment complex 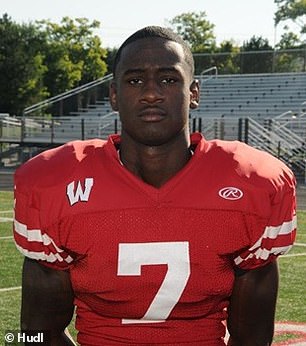 Tyler Jones, 24, was killed earlier in March outside an apartment building

She informed dispatchers he would shoot her if she tried to get her stuff back, or officers if they responded.

Things did not appear to go well from the very start as Jones refused to show his hands when ordered to by police.

Jones told officers, ‘Go ahead and shoot, bro,’ and walked away before pulling out a gun, according to the Dayton Daily News.

Jones kept on walking away and refused to listen to the officer’s commands.

Moments later, the video sees him falling to the ground after being tasered but when that didn’t seem to stop him, police fired their weapons. 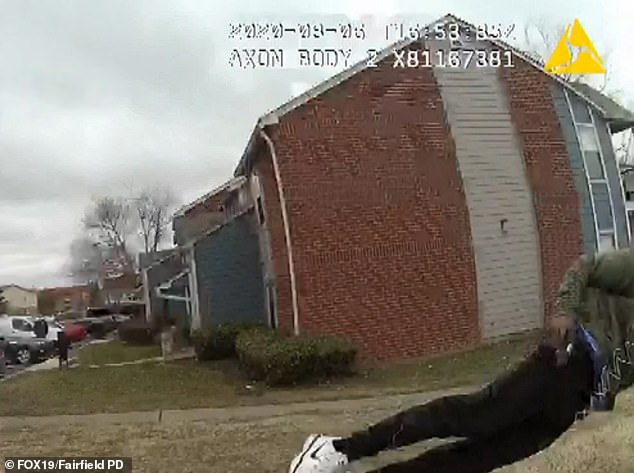 When cops spotted the gun and the Taser failed to stop Jones, the police fired 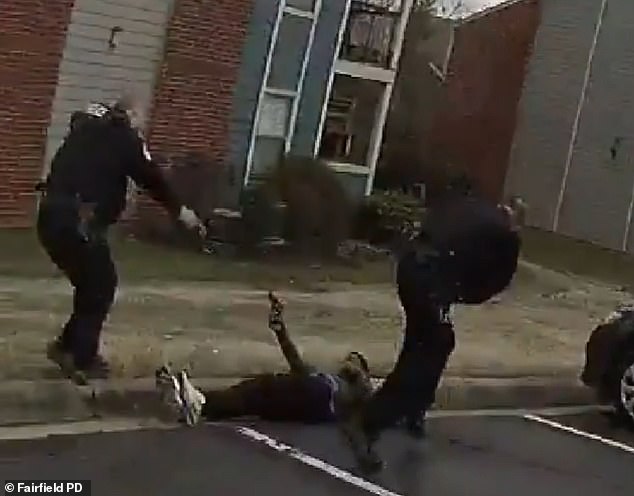 A freeze frame of the video shows how Jones appears to have a semi-automatic pistol of his own in his hands as he falls.

After officers found Jones’ pistol they place him in handcuffs.

‘The conduct of Tyler Jones and the officers was recorded on the body cameras of the police officers leaving absolutely no doubt concerning the true historical record of events leading to the shooting and death of Tyler Jones,’ Gmoser said.

‘Like any young man he made the mistakes that young people make but he was a very diligent young man in the sense that he listened, he paid attention and then acted on the things he had been taught,’ International Congress on Faith and Justice President Bishop Jerome McCorry said, who is representing the family.

‘There was a period of time where he was literally standing there and was told to keep his hands up, which he did, but he was never approached and put in cuffs. We see often where people are put in cuffs for the person’s safety and the officers’ safety. One of the big questions I have is why that didn’t happen in this case?’ asked  McCorry,

McCorry told how Jones was close to his father and and had even had a conversation with his dad about how to interact with police just days before his death.

The officers involved, Bausch, Setterstrom and Moore have been placed on administrative leave but have been cleared to return to work when they are ready.