Body discovered in woods is missing woman, 25, who disappeared after a séance on Halloween eve

The former boyfriend of a New Jersey nanny who went missing just before Halloween after a seance, confessed to murdering her in his suicide note before he hanged himself.

Stephanie Parze’s body was discovered Sunday by two teenagers in the woods in Old Bridge, Middlesex, New Jersey – an area that had previously been searched by volunteers looking to find the missing 25-year-old.

Parze was last seen around 10pm on October 30 after spending a girls’ night out with her mother, Sharlene Parze, and her sister to see medium Cindy Kaza’s show at the Stress Factory in New Brunswick.

Ex-boyfriend John Ozbilgen (left) claimed he saw Stephanie (right) before she vanished on October 30, but did not hear from her the following day

Stephanie (pictured) of Middlesex, New Jersey, was last seen after spending a girls’ night out with her mother and sister at Stress Factory

Her ex-boyfriend John Ozbilgen, who was named as a person of interest in her disappearance, killed himself less than a month after she went missing.

‘In the note, Ozbilgen stated that he had had enough and he could not do life in prison,’ Monmouth County Prosecutor Christopher Gramiccioni said Monday during a press conference.

‘Ozbilgen acknowledged that he had dug himself a deep hole and wrote at the end of his note that this was his only choice. Sadly, however, he had not disclosed in the note where he disposed of Stephanie’s remains,’ Gramiccioni said.

Following the discovery of her body, Stephanie’s father shared an image of a candlelight vigil on Facebook.

‘It goes without saying our family is devastated,’ he said at the press conference.

‘Our friends, our community, and our lives are never going to be the same. However, Stephanie’s home. She’s coming home at last where she belongs and we have God to thank for that.’

Parze was last seen on October 30. Sharlene and her husband, Edward Parze, said that Stephanie drove to her late grandmother’s house, where she was staying, after the psychic show.

A Snapchat video shared by Stephanie showing the drive home was the last thing she shared that evening.

The next morning, Stephanie failed to show up to a 9am babysitting job she was scheduled for, prompting her parents and sisters to contact local authorities.

During the frantic 911 call, Sharlene revealed that she already contacted Stephanie’s on-again, off-again boyfriend, 29-year-old Ozbilgen, in an attempt to locate her daughter. 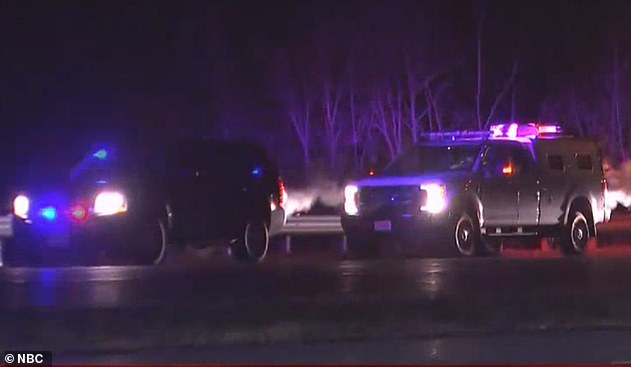 The body was recovered at 2.46pm and formally identified after an autopsy was performed Monday 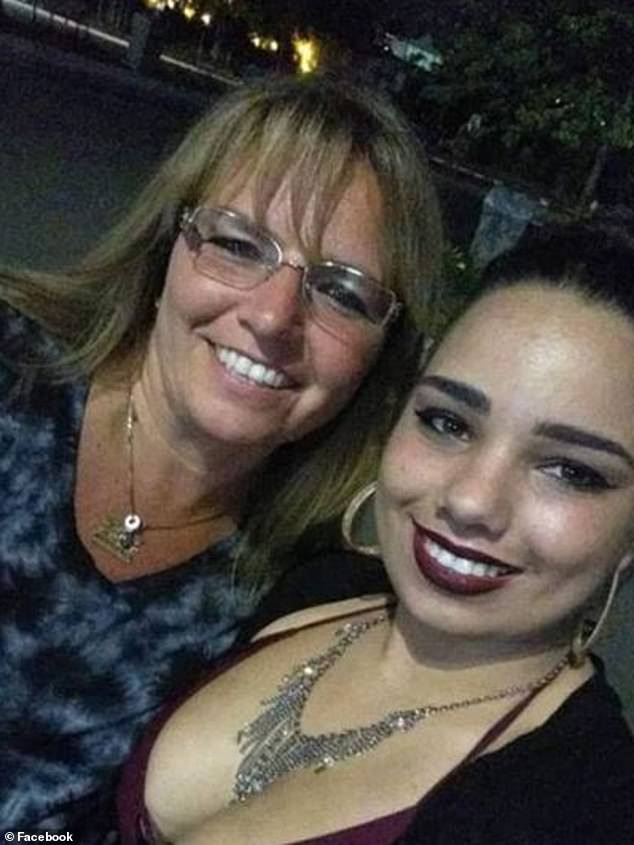 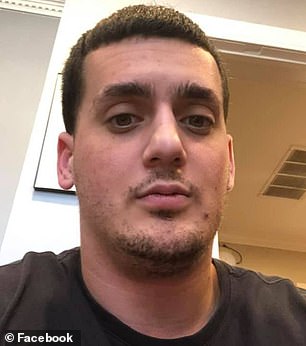 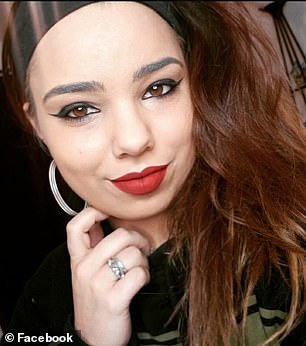 The night before Stephanie (right) vanished from her home, Ozbilgen sent her 10 angry messages, including one that called her a ‘f***ing c**t’

[Ozbilgen] said that he saw her last night, he stayed there and he was getting ready for work this morning and has not heard from her since all day,’ Sharlene can be heard telling the dispatcher in audio obtained by NJ.com.

More than a week later, Ozbilgen would become a ‘person of interest’ in Stephanie’s case.

Sharlene became concerned for her daughter after she stopped responding to texts and although she had stopped by the house twice to check in, Stephanie was no where to be found.

The home’s lights had been left on. There was no signs of forced entry and her dog had been left inside alone. Stephanie’s white Hyundai Sonata was still in the driveway.

In an odd twist, Sharlene found Stephanie’s cell phone stuffed down the side of the couch with text messages indicating she’d missed her job that morning.

‘I’ve been calling and texting her all day,’ a frantic Sharlene is heard saying during the call. ‘I’ve reached out to almost every friend that she has.’

‘No one has heard from her,’ Sharlene tells the operator. ‘She started going on the dating page on Facebook and was talking to a couple guys, so I don’t know whether … but she’d never meet someone in the morning.’

During the eight-minute phone call, Sharlene casts suspicion onto Ozbilgen, who claimed he saw her the morning she vanished.

‘Who’s to say he really slept over and saw her this morning? I don’t know,’ Sharlene is heard saying. 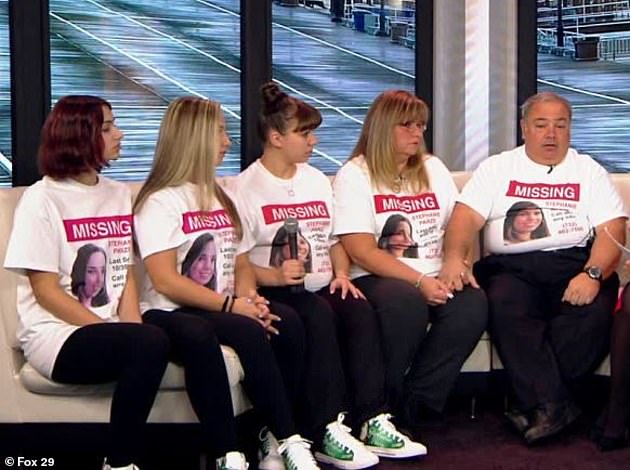 At the time, Ozbilgen was already under investigation by authorities after Stephanie filed a domestic violence complaint against him in September.

She accused the stockbroker of striking her hand and back-handing her across the head.

According to Stephanie’s Facebook profile, she was in a relationship with Ozbilgen from August 19 but at the time of her vanishing she was single.

While investigating Stephanie’s disappearance, detectives noticed marks around Ozbilgen’s neck and began to consider him a ‘person of interest.’

In November, Ozbilgen was arrested for child pornography charges after authorities searched his computer and phone as part of the investigation.

He reportedly had nine images of children as young as three being sexually abused.

11 days after he was released from jail, Ozbilgen committed suicide by hanging inside his parents’ garage.

It was also discovered that Ozbilgen sent Stephanie 10 profanity-laden texts and Facebook messages the night before she went missing.

He told her that ‘she always has to make their relationship suck’ and called her a ‘f***ing c**t,’ Monmouth County Assistant Prosecutor Caitlin Sidley said.

‘Ozbilgen’s violence against women is borne out in his history, as well as pornography he seeks out of very young children. There are no conditions that can keep this community safe,’ Sidley added. 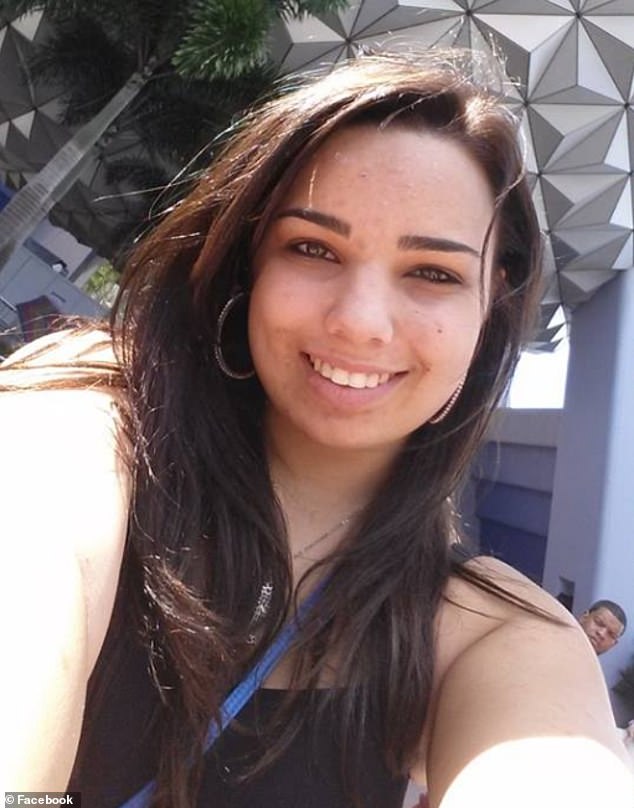 ‘We’re just trying to keep [Stephanie’s] picture out there and let people obviously know we’re obviously looking for her. It’s a big area, she could be anywhere,’ father Edward Parze said

In December, the Parze family said they were hanging onto hope that Stephanie would return home and they would never stop looking for her.

‘It’s been horrific. It’s been a nightmare,’ Sharlene told Fox29 ‘Just waiting to wake up from it and to see our daughter again.’

Her father, Edward, added: ‘We’re just trying to keep her picture out there and let people obviously know we’re obviously looking for her. It’s a big area, she could be anywhere.’ 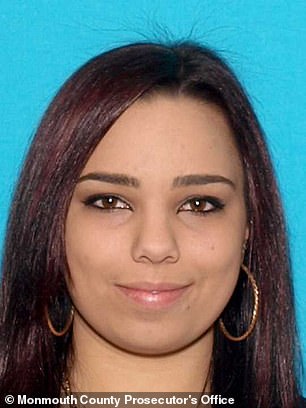 ‘Today was a hard day. Harder than the rest it seemed. The girls, Shar and I, drove to Philadelphia early this morning to do a news segment on Good Day Philadelphia about Stephanie. Sitting on the set, watching the teleprompter beginning the story was painful.

‘All of us fought to hold it together before going live. Then the interview. It lasted only 6 minutes but its felt like an hour. You notice that even the hosts are tearing up just feeling our pain unable to do anything to to comfort us,’ Ed wrote.

He explained that the important thing was that the message about their daughter ‘gets out, yet again’.

Ed continued: ‘As we drive home, our girls fall asleep. Shar and I look back at them and smile to one another, then cry as the back seat lies empty. Its quiet… As I drive, all I can do is look into the what seems like endless wooded areas along the highways.

‘All of the bodies of water, abandon structures you never noticed before, now call out to you. She could be anywhere! As the rain and snow fall harder and harder, covering up any clues, any trace as to where she might be out there,’ the grieving father wrote.

‘You wonder to yourself, is she up in heaven with God and all of people who love her so. Happy and no longer afraid, or is she hear, living in HELL ON EARTH, praying to be found, fighting to stay alive.

‘The funny thing about Hope, You reach for it, you embrace it and you fight to hold onto it but, as time goes by it seems like that’s all it is, is a word! A thought process. a needle in the haystack getting harder and harder to find each and everyday. Hope is all we have, so the fight continues.

‘Stephanie, we love you and we will never stop doing all that we can to find you. Don’t be afraid, stay strong, hold on to what ever HOPE you can. PLEASE …DON’T GIVE UP!’