Body feared to be missing arts writer, 33, is discovered in Oxfordshire

Florence Waters, 33, a freelance contributor to the Daily Telegraph, had not been seen since Monday

A freelance arts writer who had been missing for three days is believed to have died, as police revealed they had discovered a body.

Florence Waters, an Oxford resident and regular contributor to the Daily Telegraph, had not been seen since Monday.

Last night Thames Valley Police announced they had found a body in Thame, Oxfordshire, and believed it was that of 33-year-old Ms Waters.

The death is not believed to be suspicious, police said, and Ms Waters’ next of kin have been informed.

A major police search is underway for a national newspaper arts writer who has been missing for three days.

Ms Waters, who is understood to have been living with a man in a £723,000 home owned by her parents, was reported missing three days ago.

She was a regular visitor to the upmarket Oxford district of Jericho and lived in the Botley area of the city which is close to the River Thames.

Her terraced home, next to the peaceful artisan pub The Punter, overlooks the upstream Thames.

Ms Waters had never gone missing before, police said as they appealed for information.

One neighbour, who asked not to be named, said that he had seen two people dining at Florence’s house on Monday.

‘The last I saw was on Monday – there were two people at the table having supper but I don’t know if one of them was her. I could see two people through the curtains,’ they said.

Another neighbour, who would only give his name as Rob, described Florence as a quiet woman who recently moved into the property with a male tenant. 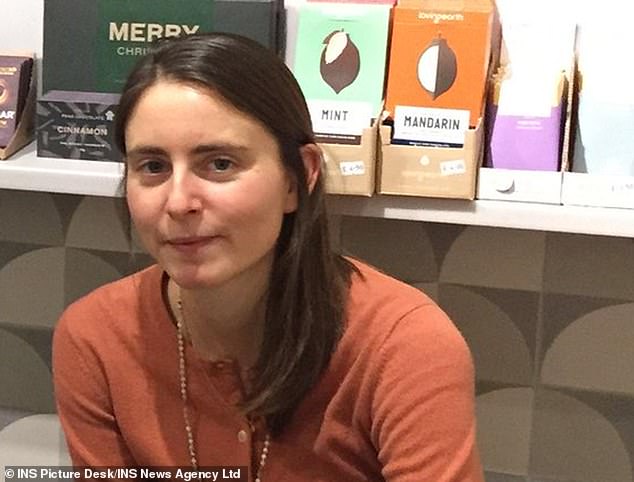 Tonight Thames Valley Police announced they had found a body in Thame, Oxfordshire, and believed it was that of 33-year-old Ms Waters (pictured)

He added: ‘She was having Sunday lunch with her mum and dad in The Punter pub on Sunday, at around 1 o’clock. She never speaks – she keeps herself to herself.

‘She is fairly new around here. Her mum and dad bought the house about four years ago and rented it to a couple from New Zealand. Florence moved in at the beginning of the summer with a guy, but they never speak to the neighbours.

‘She drives a blue Volkswagen Golf – but I haven’t seen it parked here for a few days,’ he added.

Ms Waters has written for the Daily Telegraph under her own name, saying on her social media profile that she has been an arts correspondent since 2012.

She was previously the Daily Telegraph’s Online Arts Editor. She is also a keen artist and has art on sale in the US.