By Corazon Miller For Mailonline and Associated Press

A body has been found after a man jumped off the 10th floor of a Royal Caribbean cruise as it was moored just off Puerto Rico’s north shore.

The US Coast Guard and local authorities launched a search for the man in San Juan Bay late on Wednesday evening after reports a person had gone overboard on the Oasis of the Seas ship.

Local reports indicate the man, who has not been identified, jumped off the ship’s 10th floor.

Local authorities joined the US Coast Guard on a search for a person who went overboard from a cruise ship just off Puerto Rico’s north shore, in San Juan 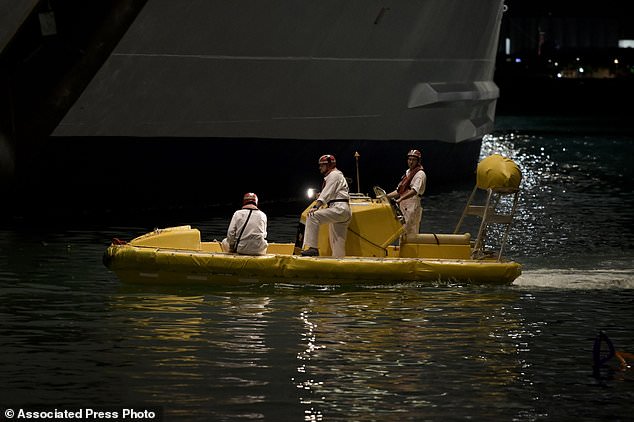 BREAKING: Divers just recovered the body of a white male who fell from the 10th story deck of @RoyalCarribean‘s Oasis of the Seas’ which is docked in San Juan, Puerto Rico, right now. The ship is hosting an Atlantis cruise which caters to the LGBTQ+ community. pic.twitter.com/4wbZh9lKEX

An hour later, divers found the body of a white male.

The ship was chartered for a week long cruise from Fort Lauderdale.

Passengers on board the ship said an announcement was made shortly after and a roll call taken in an attempt to establish who the man was. 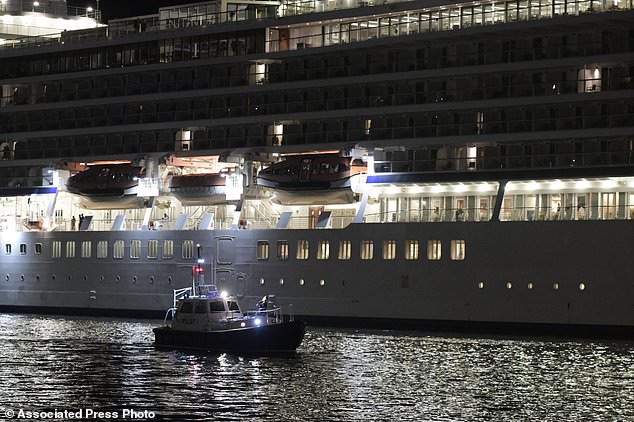