Theresa May’s hand clasp resembled a ‘begging gesture’ as she spoke to Angela Merkel on a balcony in Berlin today, according to a body language expert.

Judi James added that the Prime Minister and German Chancellor had equally ‘grim’ expressions as they had a frosty exchange on a terrace of the Chancellery building.

She added that the ‘huge spatial gap’ between the two women on the eve of a crucial EU summit gave the suggestion of ‘further separation rather than unity’.

Mrs May will ask for the Brexit date to be delayed until June 30 at the summit, with the possibility of an earlier departure if the UK’s withdrawal deal is ratified. 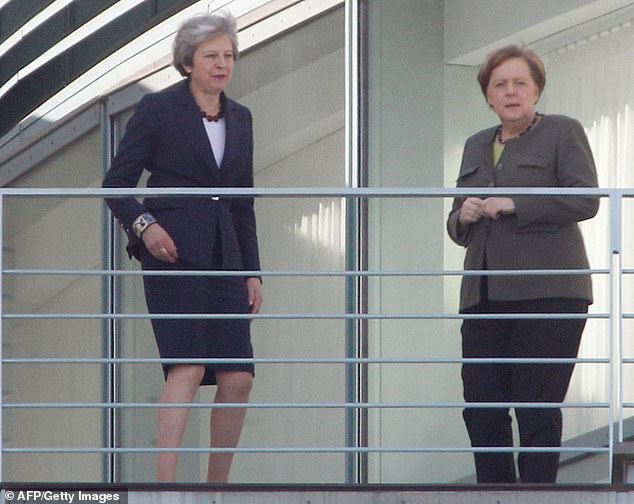 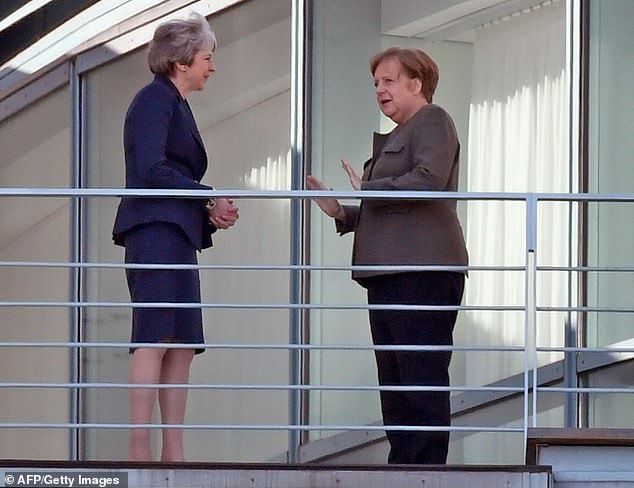 Today, Ms James told MailOnline: ‘It’s the huge spatial gap between these two women that gives the suggestion of further separation rather than unity.

‘Merkel in particular tends to keep both her allies and her enemies close but this pose suggests some desire to end the conversation.

‘Merkel’s hand clasp looks tentative and closed at the start, rather than her signature power steeple when she’s on top of her game.

‘She looks reluctant to make eye contact and when they do talk face to face both her hands come up palm-out in a gesture of rejection or ‘No’.

‘They do scoop to a softer look that could hint at some form of agreement but by scooping towards her torso this could be only on her terms. 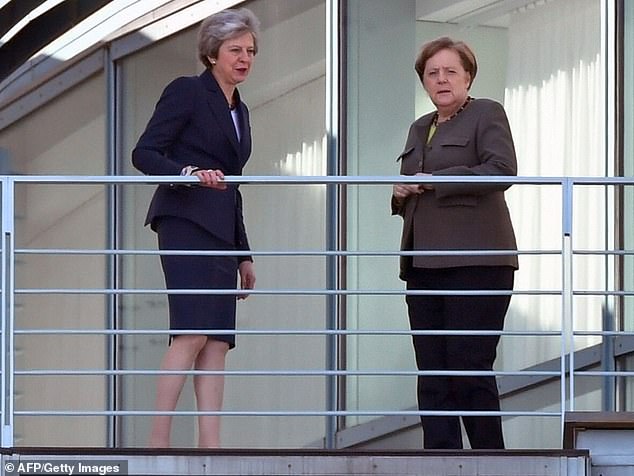 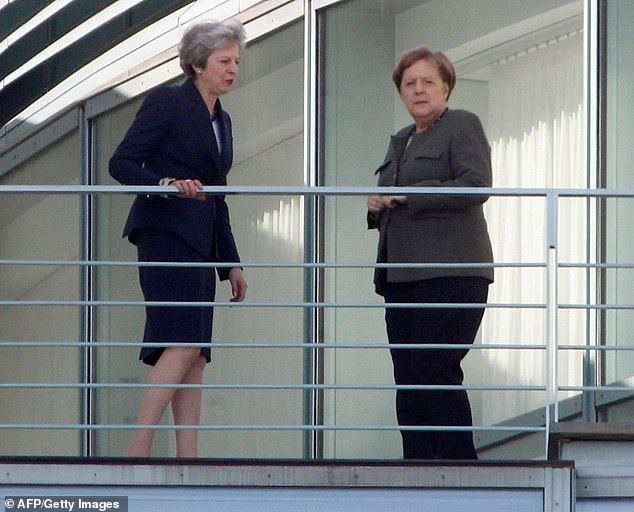 ‘May’s leg splay looks confident but the knees are bent, negating that small ‘win’ in terms of power posturing. Her expression is as grim as Merkel’s and her hand clasp does resemble a begging gesture.’ 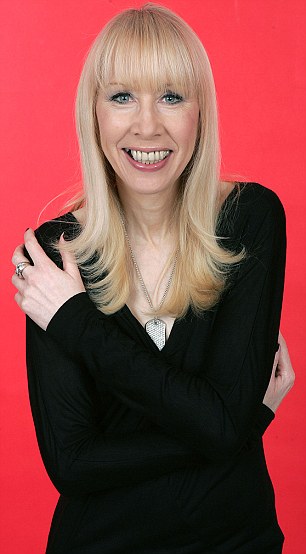 Mrs May arrived in Berlin today to ask Mrs Merkel to back her case for a delay to Brexit at the crunch summit tomorrow.

The Prime Minister will then fly to Paris, where she faces the tougher task of winning the support of French President Emmanuel Macron.

He has warned in recent days that an extension to the Article 50 withdrawal process is not guaranteed.

The visits came as the EU’s chief Brexit negotiator, Michel Barnier, said Brussels could amend the Political Declaration on future relations with the UK ‘within a few hours or days’ to incorporate the customs union arrangement being discussed in cross-party talks between the Government and Labour.

But there were signs of resistance in Mrs May’s Cabinet to compromise with Labour, with International Trade Secretary Liam Fox warning that a customs union would leave the UK ‘stuck in the worst of both worlds’.

The unanimous agreement of all 27 remaining EU states is needed to avoid a No Deal Brexit on the scheduled date of April 12.

Theresa May arrived to find nobody waiting for her on the red carpet in Berlin after Angela Merkel, who normally greets guests on arrival, was still inside.

The Prime Minister walked into the building looking rather surprised today, before laughing as she came back outside with Mrs Merkel for a photocall.

Ms James said of the incident: ‘An act of inconvenience defines the status of the guest in world politics. So by leaving May to arrive alone and with no greeting from the host, it’s no wonder she performed a barrier signal with one arm as she made her lonely way up the red carpet.

‘No matter how chilly their discussions behind the scenes though, the two women emerged performing – if rather incongruent – public signals of smiling friendship and mutual agreement.

‘Merkel instigated some telling looking handshakes before gesturing towards the weather in a chatty style while May’s suddenly staccato and energetic movement and nodding hints that she’s keen and determined to signal the pair have reached some stage of agreement that she can sell as positive and beneficial.’