The grisly find was made on March 15 by businesswoman Lilian Argueta from the town of Margate.

When she opened the old freezer that had been brought there for scrap she was horrified to find the corpse of Heather Lacey, a mother of two who was 29 at the time of her disappearance.

The body ofmother-of-two Heather Lacey was discovered on March 15 inside a freezer that had been brought for scrap, almost six years after she was reported missing in December 2013

‘I thought it was a witch, or a mannequin,’ she told the Sun-Sentinel newspaper.

The Sun-Sentinel quoted witnesses weho said Ms Lacey’s arms were raised as if her hands were pushing against the freezer door, and her legs were pushed back against her torso.

The horrifying discovery left Ms Argueta in shock and tears.

‘I started to scream,’ she said. ‘I had never seen such a thing.’

The body was identified by the Broward County Medical Examiner’s Office. 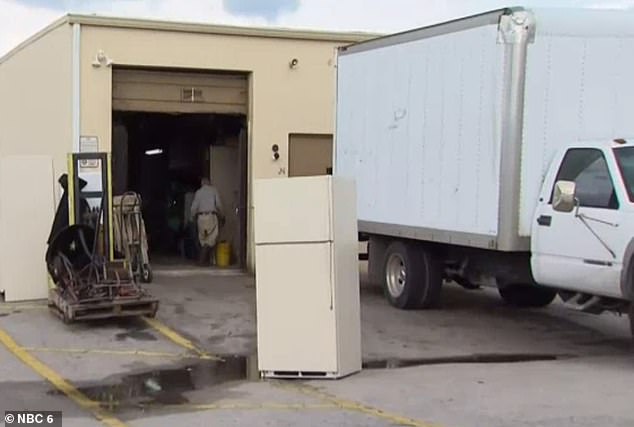 The scrap metal warhouse in Margate, 40 miles north of Miami, florida, where the grisly find was made

Ms Lacey had not been heard from since Thanksgiving 2013.

Ms Lacey’s father Randell Lacey reported his daughter missing in December 2013, telling authorities that she lived on the streets and was bipolar, the Sun-Sentinel reported.

Family members said that she had a history of abuse that began with painkillers follwing a caesarian-section birth and escalated to using cocaine and other narcotics.

TheSun-Sentinel repirted that Ms Lacey had been arrested several times for drug possesion and prostitution, and had served a one-year sentence for forging a cheque and identity theft. 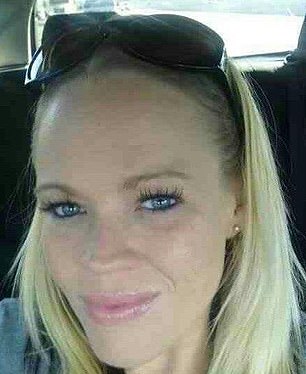 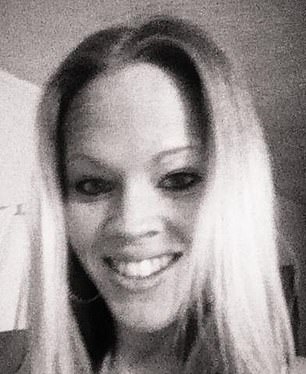 Heather Lacey, who suffered from bipolar disorder, lived on the streets and had a history of drug abuse and prostitution, was 29 when she disappeared some time after Thanksgiving 2013

The freezer had been removed from the apartment of Jonathan Escarzaga, who was found dead on February 17 this year at his address in the Miami suburb of  Hollywood.

The landlord had decided to buy new appliances and had the old freezer, which was reportedly not locked, removed and sent for scrap.

Police said they did not know if Mr Escarzada knew Ms Lacey, or if he played any part in her death.