Body of Lincolnshire hoarder discovered after fire started in home

The body of a 94-year-old hoarder was discovered slumped over a ladder after a fire started in his cluttered home.

David ‘Bud’ Emerson’s neighbours called Lincolnshire Fire and Rescue just after 7pm on July 5 2016 after spotting his upstairs windows had blown out at his cottage in Little Steeping, Lincolnshire.

But an inquest into his death heard firefighters struggled to get into his home as items were stacked from ‘floor to ceiling’ with clutter.

Spilsby Coroner’s Court heard Mr Emerson ‘kept himself to himself’ and was an independent man who declined help from nurses and neighbours.

Police Sergeant Julia Wood carried out an investigation into the fire to establish if it had been started deliberately. The case was later closed. 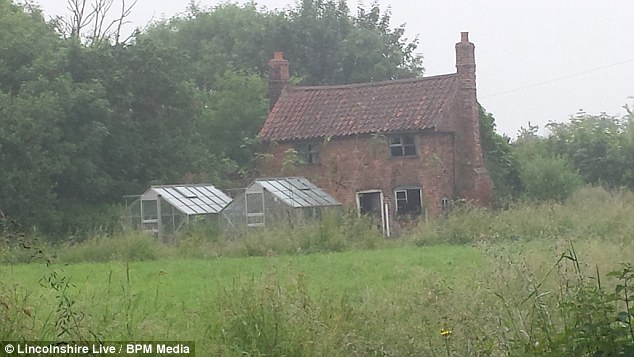 David ‘Bud’ Emerson’s neighbours called Lincolnshire Fire and Rescue just after 7pm on July 5 2016 after spotting his upstairs windows had blown out at his cottage in Little Steeping, Lincs

In written evidence, PS Wood said: ‘The neighbours reported smashed windows upstairs and glass blown out. He was quite clearly a hoarder at the state of the property. He generally kept himself to himself and little was known of him locally.

‘Officers established he was independent despite his age and was still driving around. The scene was a rundown, two storey cottage in a state of disrepair and an overgrown garden.

‘Access to the property was via a small gate which was wedged open. The property itself was stacked with items full to the ceiling.

‘We did not believe he used the downstairs as there was vegetation and bird nests growing through the house.

‘It was quite clear at the scene that Mr Emerson was a hoarder with numerous items including newspapers at the downstairs of the property.’

The inquest heard that people who knew Mr Emerson said he would not accept help from anyone. He remained independent until his death and frequently drove to Spilsby to do his shopping. 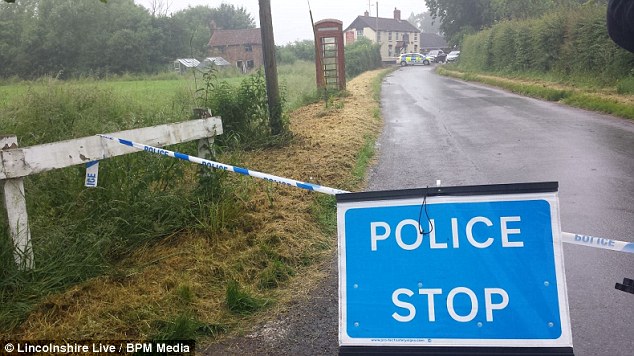 Mr Higgins, along with his crew, attended the ‘well-developed’ fire which he said was ‘severely cluttered and hindered the process’.

In written evidence he said: ‘The property was secure and the breathing apparatus crew forced entry into the kitchen. It was a fully developed fire.

‘The property was in a state of disrepair and the structure had become weaker over the years. The door and window frames were rotten.’

Firefighters found Mr Emerson in a storage room which was ‘cluttered with objects’ that showed signs of heavy smoke damage, the inquest heard.

The kitchen was the most badly damaged room of the house and fire crews gave two possible causes of the fire – but could not be certain on either due to the room being ‘destroyed’ by the blaze. The cause was described as ‘undetermined’.

One possible cause of ignition was a Compact Fluorescent Lamp bulb which may have dripped plastic onto the seat of a chair directly below.

The other was that Mr Emerson may have introduced a naked flame to the chair seat either accidentally or deliberate, the inquest heard.

Speaking at the time of his death, Barbara House who runs Little Steeping Village Shop said she never really got to know him, despite being the one person who he had the most regular contact with.

She said: ‘I’ve known him for 28 years, but I’ve never got to really know him.

‘He used to come in every Saturday to pay for his papers and buy some milk.

‘He was not a big conversationalist, but he was a bit of a character. He was a loner, a bit of a recluse. He had a cat and that was it.

‘He told me different tales about the war as he had served in the army – his biggest claim was swimming in the Dead Sea.

‘He was not a big conversationalist, but he was a bit of a character. He was a loner, a bit of a recluse. He had a cat and that was it

‘He was a funny old stick and was always moaning – that’s how he has been for years.

‘It’s terribly sad and I will miss seeing him.’

Mrs House said Mr Emerson had previously complained about the condition of his home and was known for never letting anyone inside.

She said at the time: ‘In the 28 years I only know of one person who he let inside and that was several years ago.

‘He had said his house was full of holes, the windows did not fit properly and his chimney pot was coming off – the house was left to deteriorate.

‘He had a lot of wood piled up inside his house because he was convinced people were stealing it. People had tried to help him, including the British Legion, but he really wasn’t happy about anyone trying to help him. He liked his own company.’ 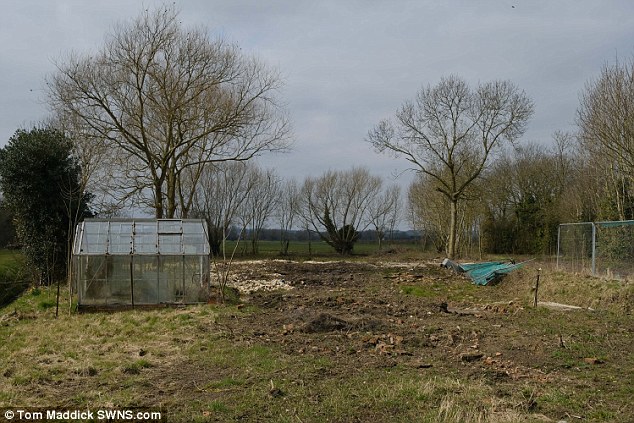 The house where the tragedy happened has now been pulled down. This is how it looks today

Neighbours said it was known he had a padlock and barb wire on his fence and others said it was thought he had taken to cooking on his fire.

A post-mortem examination found he died as a result of smoke inhalation.

The area coroner for Lincolnshire Paul Smith concluded that the 94-year-old’s ‘dreadful and tragic’ death was as a result of an accident.

Yesterday MailOnline reported the body of an 87-year-old obsessive hoarder has been found underneath a mountain of clutter at the cottage she shared with her daughter.

Reclusive Gaynor Jones died up to four years ago but her body has only just been found in the 19th century stone cottage which was full of hoarded possessions.

Her daughter Valerie Jones, 56, is lucky to be alive after she was found collapsed under the debris in Aberaeron, West Wales last week.

Police and firefighters were forced to wear face masks to protect themselves from the stench when they broke into the pensioner’s property.