Body of mother-of-two and ex-police worker, 25, is found in the snow

A mother-of-two has been found dead in the snow on a busy road after drivers reported a woman walking on the carriageway.

Brooke Lauren Wilson, a 25-year-old former police worker turned care worker, died on the A174 Parkway outside Middlesbrough in the early hours of Saturday.

Police say her death is not suspicious and are investigating how she died, including whether she was hit by a car. 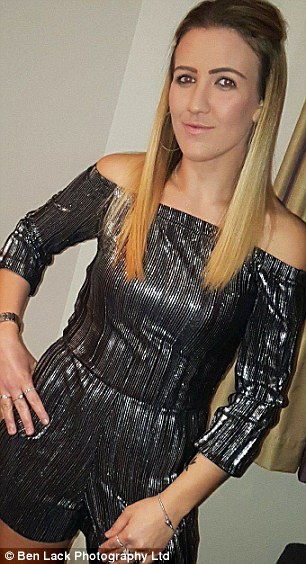 Her family said in a statement: ‘We are absolutely devastated by Brooke’s death and will miss her so very much.

‘She was a much-loved daughter and sister, as well as a mother to two beautiful children.’

Police are not treating the death as suspicious.

Ms Wilson’s body was found on the carriageway of the A174 near Ormesby.

The road was closed for six hours as police carried out investigations.

A motorist called police at about 3.30am after reporting someone on the westbound carriageway.