Nearly 60 years after a man fishing in a southern Oregon creek discovered the body of a two-year-old wrapped in blankets and tied with wire, authorities have finally solved the so-called ‘Boy in a Bundle’ mystery thanks to a Facebook tip and DNA testing.

The Jackson County Sheriff’s Office announced the identity of the toddler on Facebook Monday. A DNA match and some genealogical sleuthing revealed he was Stevie Crawford, born in New Mexico on October 2, 1960.

Stevie’s relatives told detectives the boy had Down Syndrome. His mother returned from a trip around the time of the toddler’s disappearance and told family members they would not have to worry about Stevie anymore, reported KOIN6.

She has since died.

A two-year-old previously known only as the ‘Boy in a Bundle’ has been identified through DNA testing as Stevie Crawford, nearly 60 years after his body was found wrapped in blankets in an Oregon creek. Pictured: a 2010 composite sketch of the victim 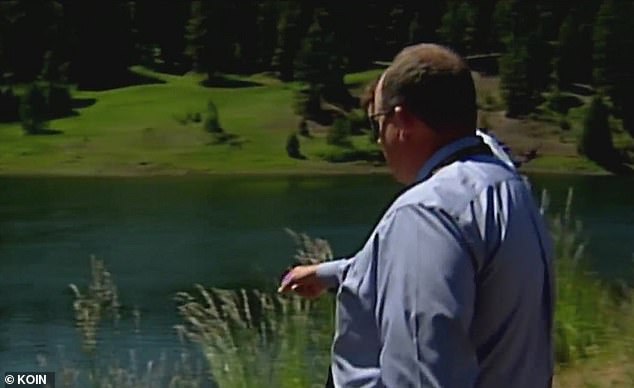 A Jackson County detective points to the spot where on July 11, 1963, a fisherman found Stevie’s body in the Keene Creek Reservoir along Oregon 66

The remains were found by a 65-year-old Rogue River man as he was fishing in the Keene Creek Reservoir along Oregon 66 on the evening of July 11, 1963, the sheriff’s office said.

The small body was wrapped in multiple layers of blankets, bound with wire, and weighted down with iron molds to keep his body hidden.

About a month into the investigation, the trail went cold and files related to the case went into storage for the next 45 years.

In 2007 a sheriff’s detective found the case of the ‘Boy in a Bundle,’ as it is known, among old file boxes and the toddler’s body was exhumed in 2008 from his resting place at Hillcrest Memorial Park cemetery, where he had been buried under a headstone with the inscription ‘Baby Doe, known only to God.’

A DNA sample was taken and submitted to the Combined DNA Index System, but no matches were found.

The ‘big break’ came in December, when the Jackson County Sheriff’s Office received a tip from someone on Facebook Messenger, which they didn’t describe. 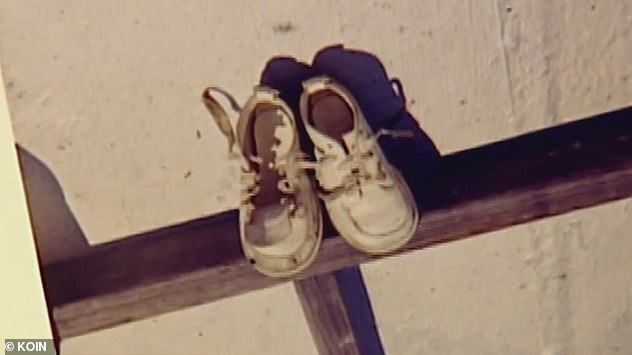 A pair of shoes that were on Stevie’s feet when he was found concealed beneath blankets. His mother was said to have told family they would not have to worry about him anymore 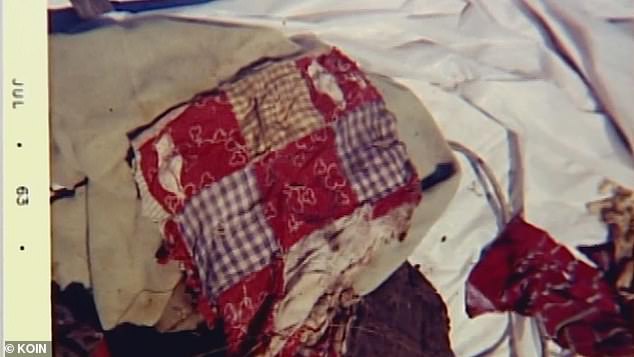 The blankets were held together with wire, and the body was weighed down with sheets of iron 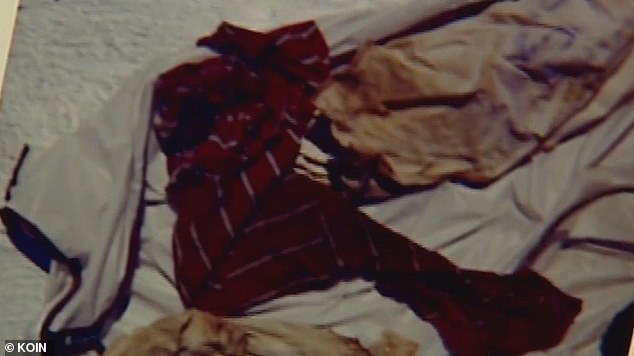 the case went cold after a month and the files lingered in storage for 45 years, until they were found in old boxes in 2007 and reviewed

Based on that tip, the boy’s DNA sample was submitted to Parabon NanoLabs to generate leads. Cece Moore, Parabon’s chief genetic genealogist, then ran the sample through GEDMatch, the same open-source DNA repository that was used to catch the Golden State Killer, and located two possible siblings.

In an interview with investigators, one of the siblings, a DNA-confirmed maternal half-brother in Ohio, said that he had a young sibling with Down syndrome — a genetic disorder that aided in the identification — who was born in New Mexico and went missing.

How he died and came to be placed in that location remains unclear. A sheriff’s spokesperson said all potential suspect in Stevie’s death are deceased, reported KDVR.

Meanwhile, Stevie’s surviving relatives are planning to have his body transported to New Mexico and laid to rest in a family plot.