Body of woman, 40, is found in outbuilding five days after firefighters put out blaze at empty home

Body of woman, 40, is found in outbuilding five days after firefighters put out blaze at empty home

The remains of Lucy Wright, 40, are believed to have been found in an outbuilding in Stoke-on-Trent prompting a police inquiry

Police are investigating after a woman’s body of was found in an outbuilding – five days after firefighters put out a blaze in the backyard of the vacant property.

Detectives believe the remains are those of Lucy Wright, 40, who was reported missing on September 5 and last seen alive the day before.

Fire crews arrived at the student property, which neighbours said has been empty since the start of the summer break, on September 6 after a 999 call.

Former university student Miss Wright’s body was discovered in Shelton, Stoke-on-Trent, on Wednesday last week. Police sealed off an alleyway as forensic teams concentrated on the rear of the end-of-terrace home.

Resident William Stevens, 71, said: ‘The house is a student house so it’s been empty all summer. A neighbour told me there had been a fire in the outhouse.

‘It was such a mess and there was burnt rubbish everywhere. The outhouse was all caved in.’ 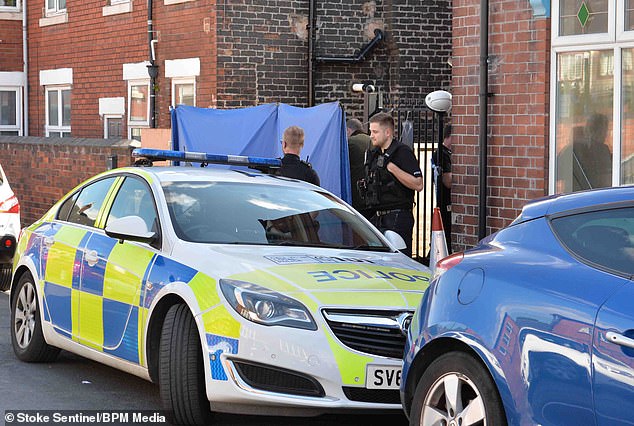 ‘The outhouse is no more than a metre away from our garden wall and we’ve seen forensics taking burnt debris out.

‘The alleyway is right next door so it’s not been the nicest welcome back.’

Staffordshire Police have referred themselves to the Independent Office for Police Conduct after revealing they had been in contact with Miss Wright before her disappearance.

But the force refused to reveal the reason for that contact or answer further questions on the case when asked yesterday. Miss Wright lived with her mother, Elizabeth, 69, who was yesterday said to be ‘distraught’ at their smart detached home in Hem Heath, Stoke-on-Trent. 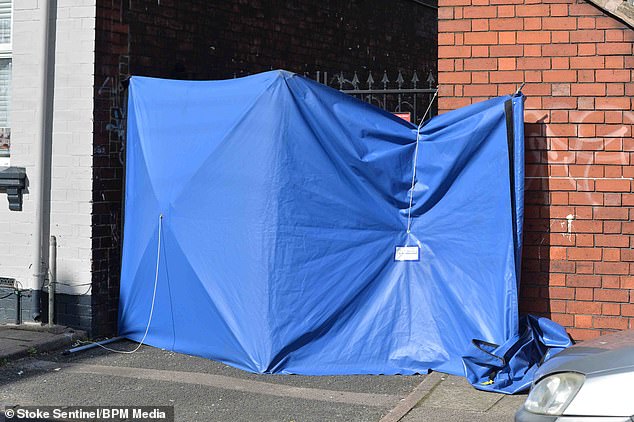 The outhouse was close to a nearby student house, who have since been questioned by Staffordshire police, the site was cordoned off as police carried out their investigation

Her aunt Patricia Powell, 67, of Newcastle-under-Lyme, Staffordshire, said she did not know why her niece had been in touch with police. ‘We’re in the dark, we are just praying they can get to the bottom of what happened to her,’ she added.

A neighbour at Miss Wright’s former address in Trentham, Stoke-on-Trent, a large Victorian semi overlooking a golf course, described her as a ‘lovely girl’.

She added that Miss Wright had lived with her mother since the sudden death of her father, Kevin, when she was a teenager.

Miss Wright, who studied ceramics at Staffordshire University in the 1990s, had a brother, Ben, 44.

Glynn Luznyj, assistant chief fire officer for Staffordshire, said a ‘robust’ internal investigation had been carried out into the service’s attendance at the scene.

Anyone who saw Miss Wright after she was reported missing should call the police on 101, quoting incident number 184 of September 11.