Bodycam footage has emerged of missing cult mother Lori Vallow being interviewed by police moments after her brother shot and killed her ex-husband, months before the brother died in mysterious circumstances and Lori’s two children vanished.

The footage was taken in July, months before Lori and her new partner, Chad Daybell, went on the run after questions were raised over the whereabouts of her two children, J.J. and Tylee.

No one has seen or heard from the kids since September and Lori is refusing to answer questions. She and her new husband, Chad, are on the run but have released statements through an attorney denying any wrongdoing.

She and Chad had not yet married when the incident in July occurred.

It started with Charles Vallow – Lori’s then estranged husband – arriving at her home in Chandler, Arizona, to collect J.J.

Lori’s brother, Alex Cox, was visiting her for the night. He told police that when Charles arrived, he and Lori got into a physical fight.

Alex said he tried to intervene but that Alex hit him on the back of the head with a baseball bat. He told officers he shot him twice in the chest to ‘stop him’.

Lori Vallow is shown being interviewed by cops after her brother shot her ex-husband dead in July. Police released bodycam footage this week of them responding to the incident but the majority was redacted or blurred, like above

His death along with the death of Chad Daybell’s wife form a complicated web of death, mystery and apparent cult doomsday cult connections which surround the children’s disappearance and Lori Vallow’s strange behavior. 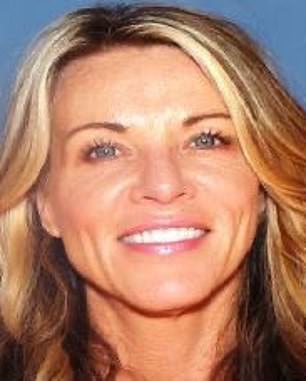 Lori is shown in her driver’s license image. She has not been seen for months and is refusing to assist authorities in the search for her children

Lori and the children were in the home when her brother shot her estranged husband dead.

She then returned to the home with the kids as Alex was being interviewed on the kerb.

They asked her routine questions about her relationship with Charles.

In redacted footage released by Chandler PD on Tuesday, she is heard telling the officers that her husband no longer lives in the home.

‘We’re separated,’ she told the officer.

The cop then speaks to a child – believed to be Tylee – but all of what she said was redacted.

Earlier, Alex relayed how Charles’ death apparently came about. His story was confused and the stopped him several times to ask him to repeat parts of it.

He said the incident began when he tried to break up a fight between Charles and Lori.

‘He told me not to interfere with them anymore or I’d pay,’ Alex said.

He says that his niece, Tylee, retrieved a baseball bat from her bedroom to protect her mother from Charles but that Charles grabbed it from her and started hitting him instead. 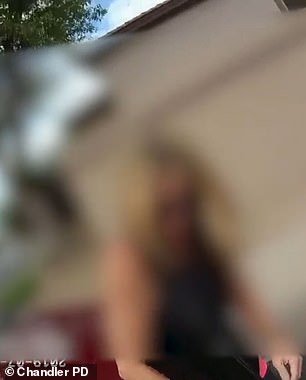 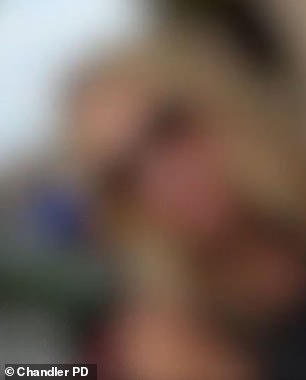 These blurry images from the bodycam footage shows Lori reaching in her purse for her driver’s license and handing it over to the cop. She was calm and was wearing her sunglasses throughout their brief interaction 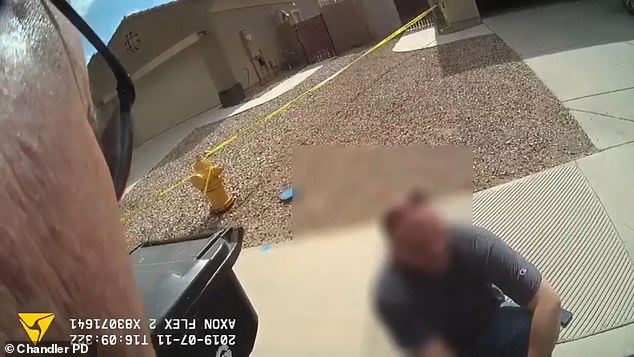 Lori’s brother Alex Cox is shown being interviewed while sitting on the kerb outside her home. He said Charles Vallow was ‘enraged’ and that he killed him in self-defense 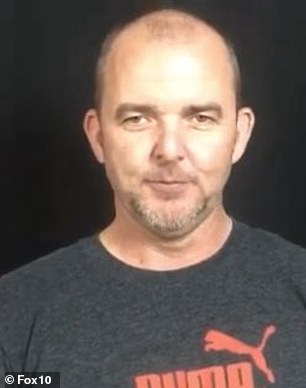 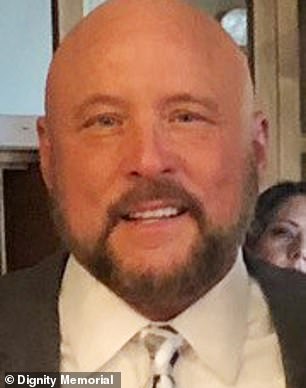 Cox (left) told police that he shot Charles Vallow (right) in self-defense. Cox himself died in December from unknown causes

He then ran to the room he was staying in, he said, to retrieve his gun. During that time, he said Lori and the kids fled. 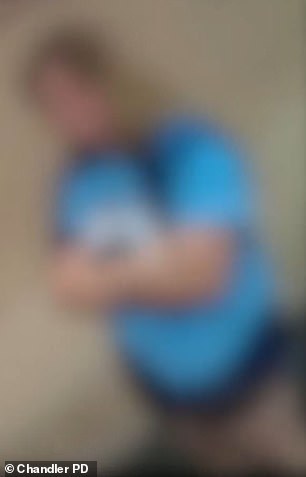 A child, believed to be Tylee, was also interviewed

‘He came at me with the bat again so I shot him to stop him. That was it,’ he said.

What happened after the July shooting of Charles Vallow added to the mystery surrounding the family.

In September, Lori and the two kids moved to Rexburg, Idaho.

Chad is the author of latter day saints books and relatives of both he and Lori have referred to them being part of a ‘cult’ on social media. 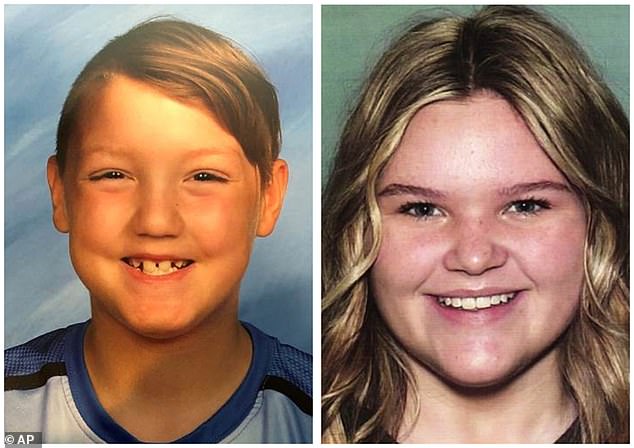 Tylee (right) and her brother, seven-year-old J.J., have not been seen or heard from for months

In November, J.J.’s grandmother asked police to conduct a welfare check on him at his home in Idaho.

When officers went to the house, Lori and Chad said he was with other family members.

The couple then fled the home before police returned to ask more questions. It has since emerged they told people Tylee was dead and that Lori has no minor children.

Alex was found dead in December 15, and the cause of his death is unknown. He had not long married a woman in Las Vegas.

Police issued a statement later to say they believed Tylee and J.J., whose birth name is Joshua, were in grave danger.

They said they believed Lori and Chad knew where the children were, and implored them to help with their investigation.

Lori and Chad issued a statement afterwards saying they had done nothing wrong. 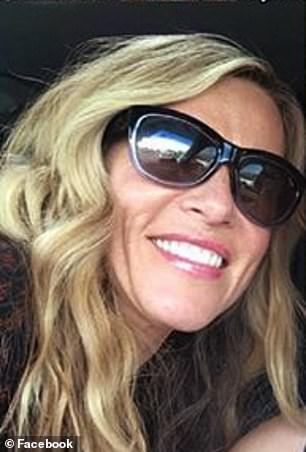 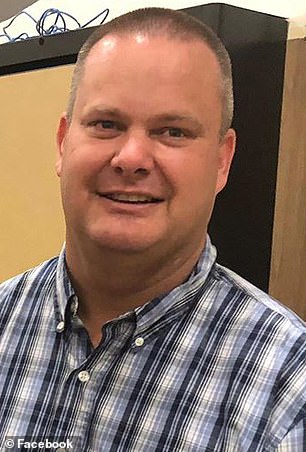