A bogus cosmetic surgeon who injected two female clients with fake Botox and left them with long-lasting facial damage has been jailed for four years.

Ozan Melin, 42, left the women in severe pain after using an ‘unknown and extremely dangerous substance’ on them.

Marcelle King and Carol Kingscott’s faces puffed up so much they couldn’t see and Mrs King had to be hospitalised after suffering a reaction similar to anaphylactic shock.

Mrs King said she thought she was going to die and Ms Kingscott said she considered suicide because of the disfigurement to her face.

Melin denied the charges and claimed he had never told the women he was medically trained or a doctor.

A jury found him guilty of causing GBH to Mrs King and Ms Kingscott, but not guilty of a third offence against Jozette Sheppard, because she could not be sure whether Melin told her he was medically trained before she had the treatment.

Ms Kingscott, 57, suffered a swollen and bruised face and barely recognised herself in the mirror following her appointment with Ozan Melin.

She compared the painful Botox injections she received like having a tooth pulled out without anaesthetic.

Parts of her face remained frozen for a year afterwards and her brow dropped.

She said she had to grow a fringe to hide her droopy forehead which has still not recovered seven years after the treatment. 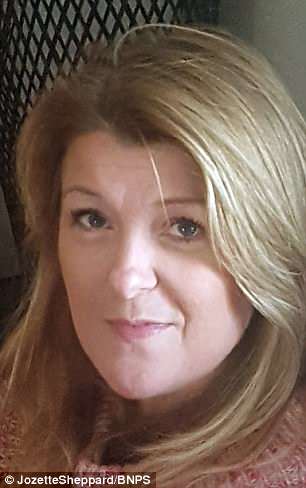 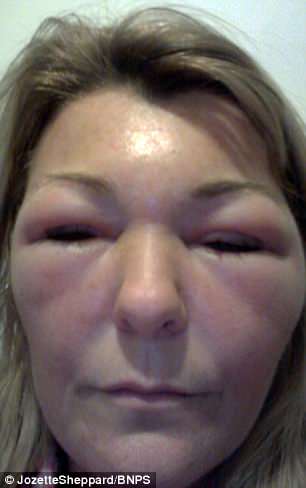 Mrs Sheppard, 46, could not eat, speak or smile for about six months afterwards and has been left with a permanent dimple on her face.

The third complainant, Marcelle King, 62, was hospitalised, put on a drip and given steroids after seeing Melin in 2013.

Police inspector Karen Penn described it as a landmark case, the first of its kind brought against a bogus Botox practitioner.

She said: ‘It’s been a long and complex investigation, dealing with agencies in the UK, Europe, America and China.

‘I’d like to praise the victims for their strength and commitment, I believe justice has been served and it should send a message out.’ 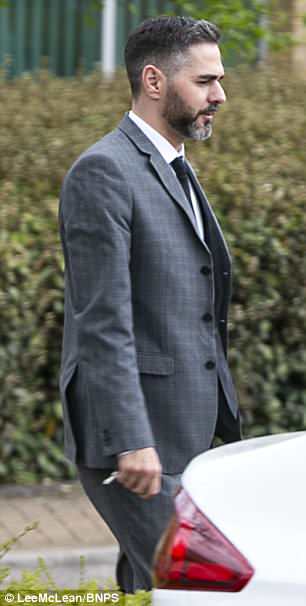 The court heard that Melin had lied to the women that he was medically qualified and told one he had been trained in the US.

Ms Kingscott said she went to see Melin in 2011 to receive Botox treatment on her frown lines, between her brows and the crows feet on the side of her eyes.

She said the first round of injections were relatively painless but failed to work so she saw him again a week later.

She said: ‘The second time he injected my face and it seemed to feel a lot deeper this time.

‘He kept going back to the bottle and taking more out. When he pulled the needle out after the injections I could feel oozing and bleeding and it was really uncomfortable.

‘It was like having a tooth drilled without any anaesthetic.

‘About an hour after it started to feel really hot, like I had had too much sun. Shortly after that it started to swell and bruise.

‘I took painkillers and put cold flannels on to soothe it, then when it started to itch I put calamine lotion on.

‘The next morning I looked awful, I barely recognised my own face in the mirror.

‘My eyes had closed, my brow had dropped, one eye in particular, and the swelling all round my eyes was awful.

‘I looked like I had been in a fight and lost.’

A forensic plastic surgeon who examined the women said the substance they were injected with had ‘no Botox effect’ and the court heard Melin had not got it from Allergan, the company that manufactures Botox, but from China.

Prosecuting Simon Jones said neither woman would have agreed to the treatment if they had known he was not medically trained but his company website Smooth Face Botox stated he had medical qualifications.

Mr Jones said: ‘He was not qualified to carry out the procedure. Ozan Melin is not a doctor, nor is he medically qualified. He knew he should not be doing this. 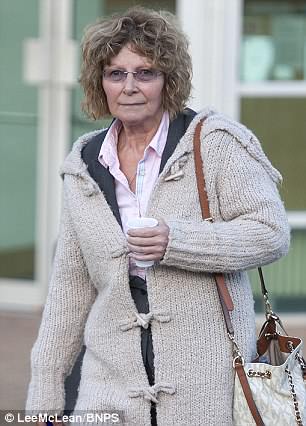 Marcelle King, right at Bournemouth Crown Court during the trial, suffered horrific injuries after his injections. She was hospitalised, put on a drip and given steroids in 2013

‘Expert Colin Rayner said the action taken by Ozan Melin could not meet the standards expected. It was reckless use of an unknown and extremely dangerous substance into people who were led to believe in his medical competence.

‘The photographs speak for themselves, both women sustained chemical burns.’

A jury found him guilty of causing GBH to Mrs King and Ms Kingscott, but not guilty of a third offence against Jozette Sheppard, because she could not be sure whether Melin told her he was medically trained before she had the treatment.

He said: ‘Your entire business was built on lies, you pretended to be medically qualified.

‘You recklessly administered a substance that caused serious injury to those who were paying you for that service.

‘You betrayed the trust those ladies placed in you, clearly putting profit before safe procedure.’

After the ruling, Ms Kingscott said: ‘He’s a very clever conman. He completely fooled me and I like to think of myself as quite savvy.

‘I only had the treatment because I was going through a divorce and wanted to boost my confidence but it ended up doing the complete opposite.

‘I’m annoyed I allowed myself to fall for it but by the time alarm bells were ringing there was nothing I could do about it, he had a needle in my face.

‘I feel such a fool but I’ve learnt to live with how my face looks now. I’ve had anaphylactic shock in the past, so he could have killed me.’ 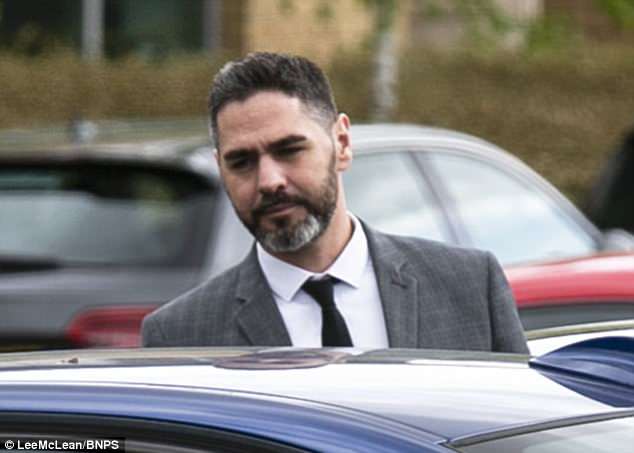 Melin, of Uxbridge, Middlesex, was found guilty of causing GBH to Mrs King and Ms Kingscott, but not guilty of a third offence against Jozette Sheppard, because she could not be sure whether Melin told her he was medically trained before she had the treatment