Dean Brewin, above, suffered horrendous childhood abuse at the hands of his mother Sharon Edwards. He killed himself after battering his girlfriend in a drunken rage

A guilt-ridden boyfriend haunted by memories of his murderer mother killed himself after breaking his girlfriend’s eye socket in an alcohol-fuelled attack.

Dean Brewin, 25, left a video apologising for the drunken assault on Rebecca Davidson and told her he was ‘a grown man making his choice to go’.

The duct servicing engineer from Horwich, near Bolton, Greater Manchester, left four notes for family and friends and in the days before his death texted his girlfriend saying: ‘This is the last text I am ever going to send’.

Mr Brewin’s mother, 43-year-old Sharon Edwards, is currently serving life imprisonment with a minimum of 20 years after she stabbed lawyer husband David, 51, to death in August 2015 at their home in Chorley, Lancs, following a campaign of drink-fuelled bullying against him.

Mr Brewin took an overdose of paracetamol and then told healthcare workers his mother had emotionally and physically abused him when he was a child before throwing him on the streets aged 17.

Last May, a month after confessing he had been abused, Mr Brewin used gas to suffocate himself on a sofa at his home in Horwich, near Bolton, Greater Manchester.

An inquest heard Mr Brewin had lived with his mother during his early years but he later moved in with his grandfather David Manser.

In a statement read to the Bolton hearing Mr Manser said: ‘I considered Dean to be a very special and utterly terrific person. He had always been the life and soul of the party.

‘I knew that he would always do well because he had such a fantastic attitude. He never smoked, and was a social drinker but didn’t regularly drink. 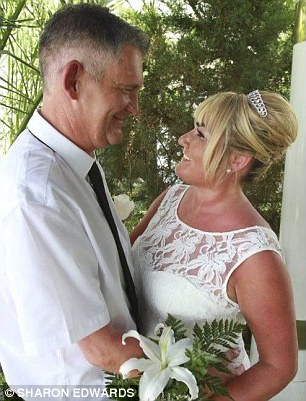 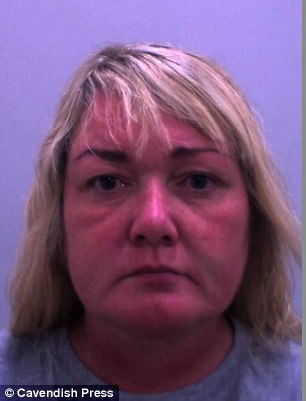 Evil: Sharon Edwards, pictured, abused her son Dean Brewin. She is currentlyserving life imprisonment with a minimum of 20 years after she stabbed lawyer husband David 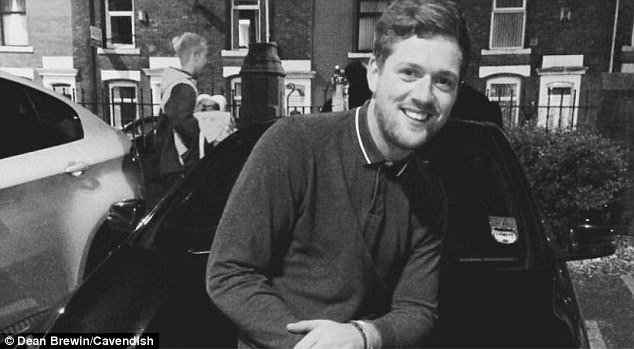 Mr Brewin, pictured, left a video apologising for the drunken assault on girlfriend Rebecca Davidson and told her he was ‘a grown man making his choice to go’

‘I had never seen Dean drunk. He left college after getting an apprenticeship with an engineering company and was chuffed because they were like gold dust.

‘However the economy took a turn for the worse and the company had to let people go and Dean was gutted. But he bounced back and became a duct servicing engineer which was a filthy job but Dean just got on with it.

‘He was seeing a girl called Rebecca and they moved in together nine months ago. They seemed happy to me. Dean as far as I am aware did not visit his mother in prison.’

The assault occurred in April after Mr Brewin and Ms Davidson had been on a night out in Bolton. 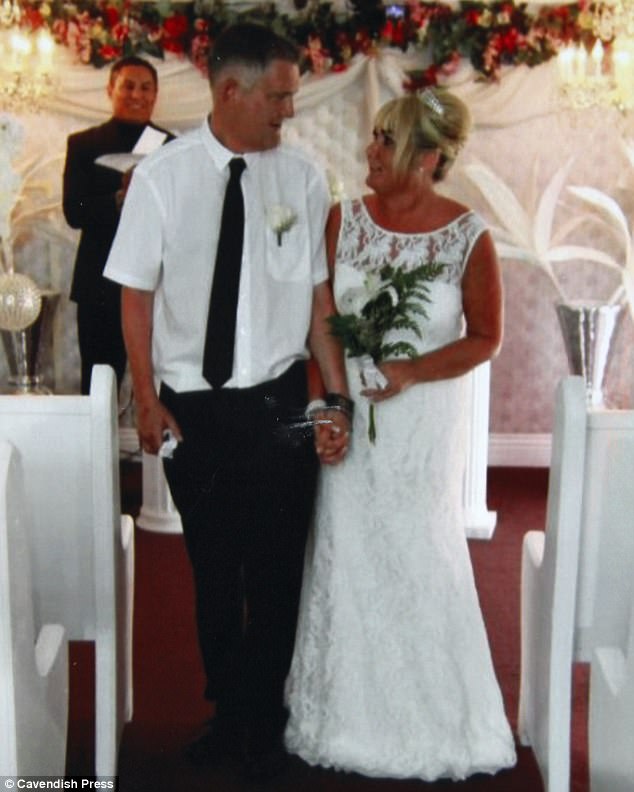 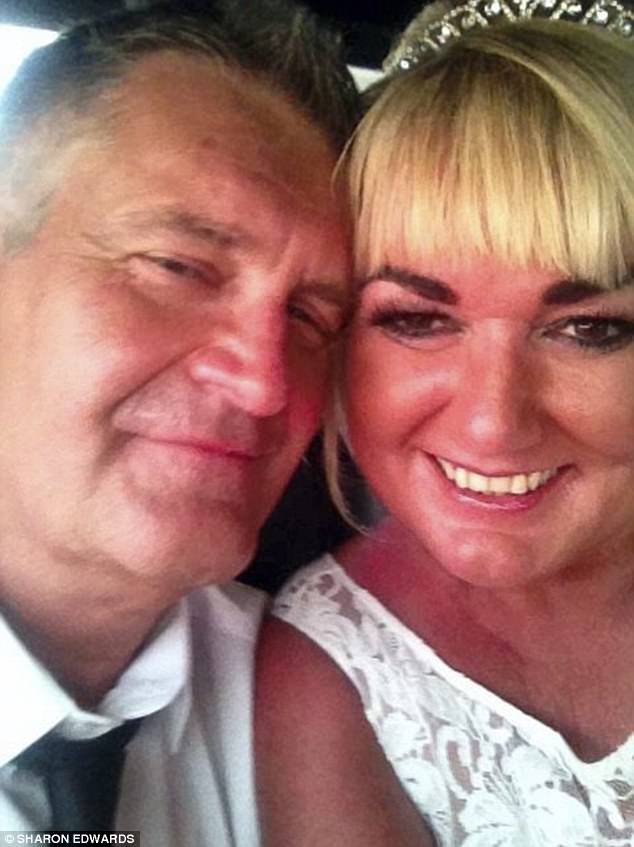 Whilst they were returning home he got involved in an argument with two other men and he later accused Ms Davidson of encouraging them to argue with him and he began hitting her.

‘She was later treated in the Royal Preston Hospital and she subsequently ended her relationship with Mr Brewin.

On April 10, Mr Brewin was admitted to Bolton Royal Hospital after taking an overdose of paracetamol and ibroprofen tablets and was assessed by a mental health practitioner Susan Hargreaves.

An inquest heard Mr Brewin, pictured, had lived with his mother during his early years but he later moved in with his grandfather David Manser

She said: ‘I spoke to Dean following the assault on his girlfriend and he confessed feelings of guilt and being ashamed in relation to the incident. He also said that after taking the overdose he attempted to call his girlfriend to tell her what he had done but could not get through.

‘Dean confirmed that he had been told by his girlfriend’s family that there would be no police action but also that he was not to contact her.

‘He also spoke about a difficult upbringing where his mother was emotionally and physically abusive towards him. He also confirmed that his mother was currently in prison.

‘He also stated that he did not want to be a thug, and that he was not normally an angry person. He said that he wanted help and wanted to resume his relationship. He drank rarely and he said he had told his girlfriend that he would never be drinking again after that incident.

‘There was also an inference to the fact that his mother used to drink a lot and his mother’s drinking had affected his home life.

‘He added that the overdose was an impulsive reaction to feeling guilty and ashamed of assaulting his girlfriend, and that he would not do it again and stated his relationship with his grandparents as a reason.

‘He denied there being previous incidents of violence with his girlfriend.’

Mr Bewin’s work colleague, Matthew Brotherton said: ‘Dean did seem cut up about his relationship ending but he seemed to have cheered up and was more his usual self.

‘The last time I saw him was when he dropped me off at my house and he was talking about getting a camper van and doing it up and seemed very excited about it. I was shocked when I found out that Dean died.’ 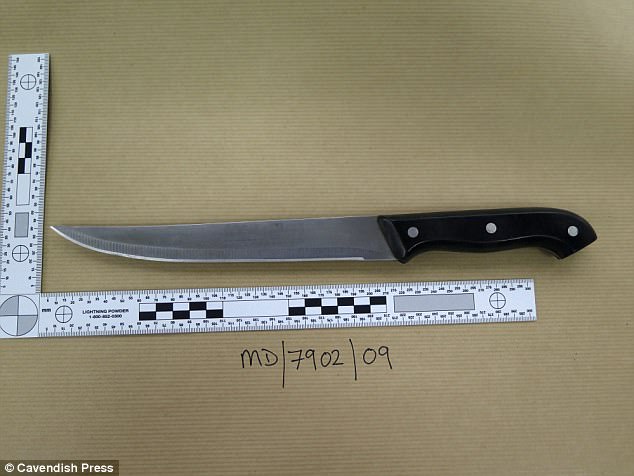 Pictured: This is the knife Sharon Edwards used to murder her popular lawyer husband David 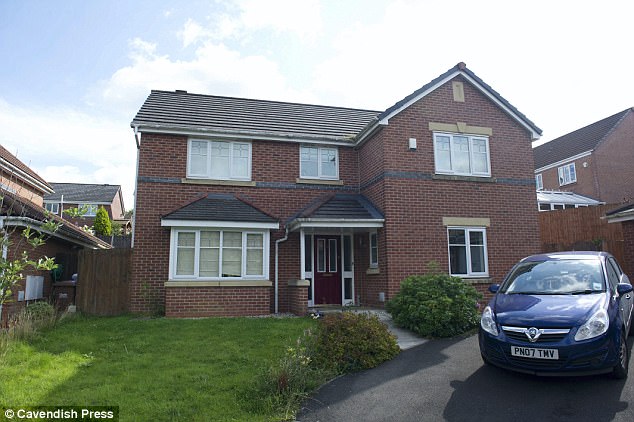 Floral tributes were left at the Edwards’ home in Chorley, Lancashire, pictured above. Sharon Edwards murdered husband David in August 2015

She said: ‘The video was recorded on the 6 May 2017 at 6.30pm, he referred to leaving enough money in his bank account for her to hire a skip and clear the flat out. He also said that he was never drinking again and that he needed her in his life so he could change.

‘At the end of the video he was visibly distressed and crying. He said that he was a grown man who was making his choice to go.’

Recording a conclusion of suicide, Assistant Coroner Sue Duncan said: ‘I am mindful this is a very sad case, resulting in the tragic waste of a young life. I give my condolences for Dean’s family and friends and no doubt they will be devastated by their loss.’