Bolton mother vomits 60 times a day due to gastroparesis

A mother who suffers from a rare disease that makes her vomit up to 60 times a day claims people assume she is bulimic.

Shimmi Munshi, 40, from Bolton, Lancashire, has even been doubted by doctors over her symptoms – which are similar to the eating disorder.

One psychologist, who didn’t believe her, asked if she was ‘an Oscar-winning actress lying about having an eating disorder’.

She has since been diagnosed with a severe form of gastroparesis – an incurable condition responsible for her symptoms.

It stops food moving through the body because her stomach muscles and bladder are dysfunctional, causing severe pain and nausea.

After finally accepting her condition to be real, doctors fitted her with a device in her stomach and each buttock to improve her digestion.

Shimmi Munshi, 40, from Bolton, Lancashire, has even been doubted by doctors over her symptoms – which are similar to bulimia 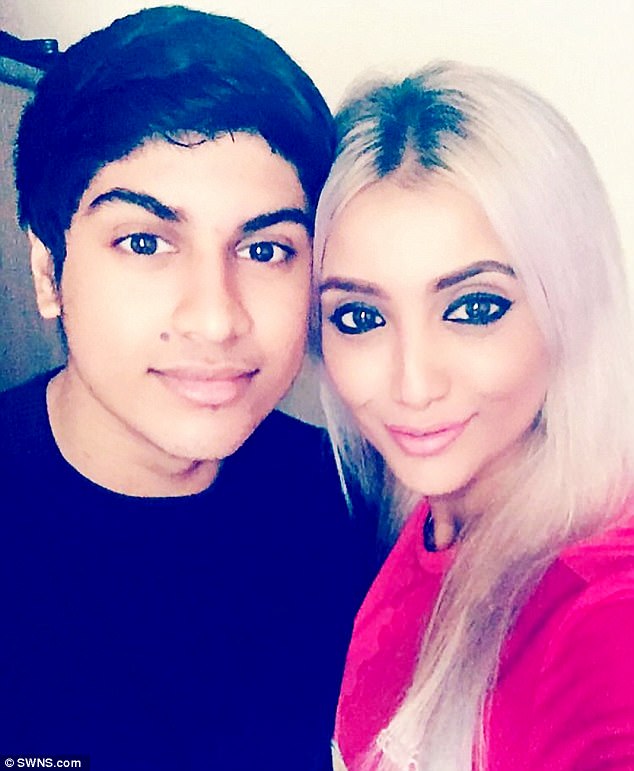 One psychologist, who didn’t believe her, asked if she was ‘an Oscar-winning actress lying about having an eating disorder’ (pictured with her 20-year-old son Ameen)

People assume she has bulimia

Ms Munshi, who has a 20-year-old son named Ameen, said: ‘People assumed – and still assume – I have bulimia because of the illness.

‘My bladder doesn’t work so I’ve had stimulators implanted in each buttock and wires attached to my spine to help the function of my bladder.

‘My bowel does not work and I am on medication for this. They call me a bionic woman because of the machines I have inside me.’ 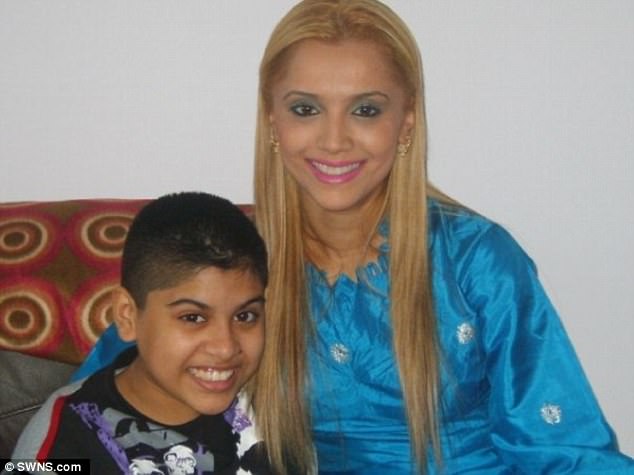 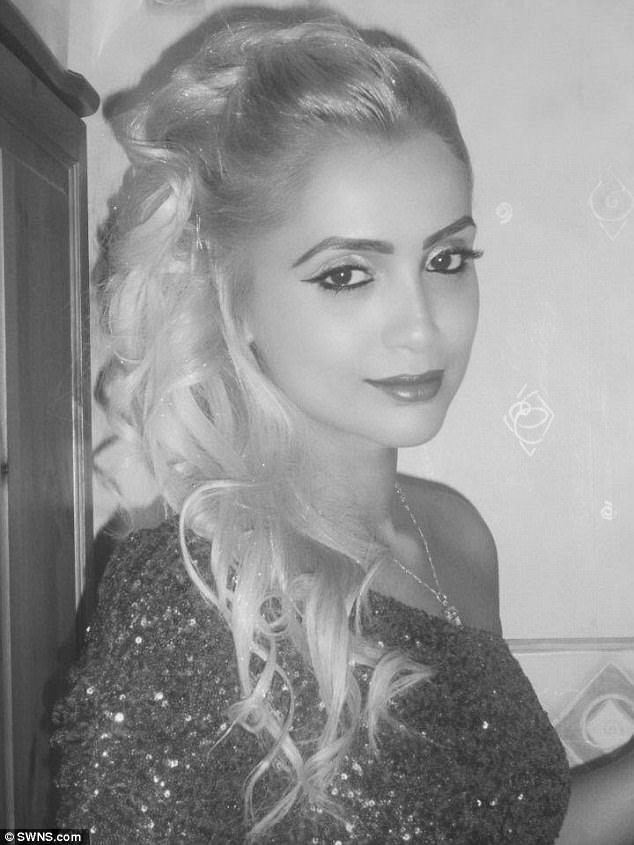 It stops food moving through the body because her stomach muscles and bladder are dysfunctional, causing severe pain and nausea

She added: ‘I can feel its undercurrents every day and my stomach starts moving as if there’s a baby inside.

‘The thing people don’t understand is that I look very healthy but I have to throw up throughout the day – even at work.

Gastroparesis is a chronic condition in which the stomach is unable to empty in the normal way.

Symptoms including feeling sick and vomiting when eating, bloating, loss of appetite and weight loss.

The problem is thought to be caused by a problem with the nerves or muscles controlling the emptying of the stomach.

The condition cannot be cured but it can usually be controlled.

Some people are able to manage the condition by changing their diet, for example by eating six small meals a day or by sticking to soft, easily digestible foods.

In some cases, symptoms can be improved with medication but other people require injections of Botox into the valve between their stomach and small intestine.

If all of these options fail, a patient can have a new procedure which involves fitting a pacemaker device to encourage the stomach to process food.

If none of these options succeed in making the stomach process food, the patient will have to be fed through a tube.

‘All my colleagues are surprised that I don’t complain but you just have to get on with it. On the outside you can look well but inside your body is falling apart.’

After doctors failed to diagnose the cause of her sickness – which first started in 2005 – she was bedridden for a year and lost two stone.

Consultants referred her to three psychologists to rule out that she has an eating disorder, the manager at a large energy supplier said.

She visits St James Hospital in Leeds every four weeks to have the machinery adjusted to keep her healthy.

Stomach muscles are controlled by the vagus nerve which contract to break up food and move it through the gastrointestinal tract, which connects the mouth the anus.

The movement of muscles in this tract, along with the release of hormones and enzymes, allows for the digestion of food.

Gastroparesis can occur when the vagus nerve is damaged by illness or injury and the stomach muscles stop working normally.

Food then moves slowly from the stomach to the small intestine or stops moving altogether.

Currently there is no cure for this illness. Ms Munshi said: ‘People suffer in silence because it is difficult to comprehend how someone can be sick without it being an eating disorder.

‘Only the people who have this know the pain and suffering they have to go through.’