Ivan Girga, 26, should have been disqualified from the roads in January 2018 under the totting up procedure over a string of traffic offences

A motorist killed a father and injured eight others in a horror road smash after a courtroom blunder allowed him to drive with 25 points on his licence.

Ivan Girga, 26, should have been disqualified from the roads in January 2018 under the totting up procedure over a string of traffic offences.

But he was let back behind the wheel when court officials mistakenly failed to get his full driving record from the DVLA.

Six months later on June 6, the mechanic was driving with his three-year-old son when he ploughed into a Vauxhall people carrier as it was turning in the road.

Ghusanfar Ilyas, 42, a passenger in the Vauxhall, suffered multiple injuries in the impact and died later in hospital.

As the family lay critically injured in the wreckage, Girga leapt out of his mangled VW Golf and asked a passing driver to take him and his son to hospital.

Girga, who had not been wearing a seatbelt before the collision, initially told doctors the boy had been hurt after falling off his pushbike but was later arrested.

Inquiries revealed Girga, from Bolton, had previous convictions for joyriding, driving whilst disqualified, having no licence and repeated offences of having no insurance.

Last January, Girga should have been banned from driving by Manchester Magistrates’ Court.

But he was mistakenly dealt with at a private hearing under ‘single justice procedure’ rules for just one offence of having no insurance and is thought to have been given three penalty points.

Last July, three months after the fatal accident, he was formally banned from driving for 12 months. 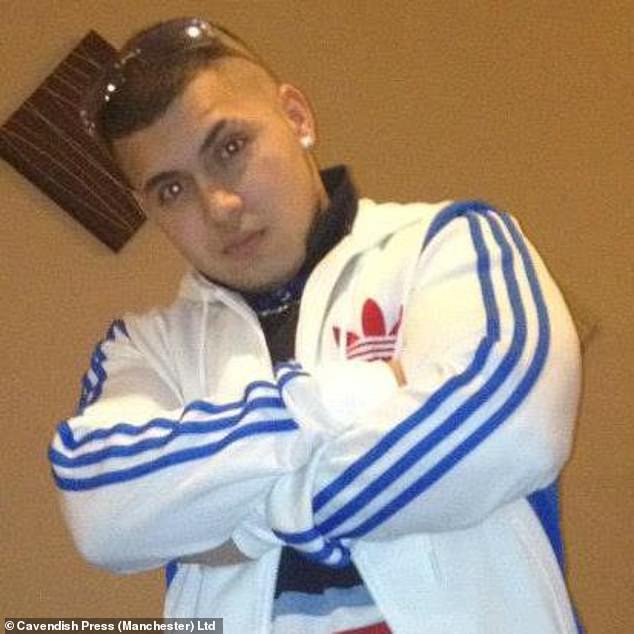 Inquiries revealed Girga, from Bolton, had previous convictions for joyriding, driving whilst disqualified, having no licence and repeated offences of having no insurance

The court later compiled a report about the blunder which concluded: ‘Due to a combination of weaknesses in process and errors made at court, Mr Girga was not disqualified from driving despite accumulating a high number of penalty points.

‘Immediate action has been taken to address these failings. We are issuing updated guidance to staff on the current process for obtaining driver records from DVLA’.

He was also banned from driving for 12 years and three months. Four other dangerous driving charges were allowed to lie on file.

The 6pm incident occurred after Girga had his son for a KFC in Harphurhey.

Andrew Macintosh, prosecuting, said: ‘Girga reversed and his son appearing to be stood in the passenger footwell with his head sticking out of the window.’

What is a single justice procedure?

A single justice procedure is used to deal with minor offences without the need for a defendant to go to court.

Defendants are given notices of the charges they face and asked for their plea, which can be made by post.

Defendants have 21 days to respond to notices and if they do not, a magistrate can make a decision without their involvement.

When used for driving offences, punishments usually result in fines and penalty points.

Two engineers saw Girga hurtling down the road at high speed and one had to dive out of the way as it overtook a line of traffic on the wrong side of the road.

Mc MacIntosh said: ‘He heard the sound of the revs increase and estimated the car was driving at a speed between 60 and 70 mph and was “absolutely flying”.

‘Another motorist who saw the Golf whizz past him said: “This car’s going to crash into somebody”.’

Girga later claimed a friend had been driving the car at the time of the impact and fled the scene.

His son suffered a cut to the head was not seriously injured in the accident despite not having a car seat.

Investigations revealed he had been travelling at 72mph at the time of the collision and the impact occurred at 53mph after he slammed on the brakes.

Ghazala Shaneen, Mr Iylas’ wife of 18 years, said in a statement: ‘He was a really good, kind, helpful and wonderful man. He was everything a husband should be.

‘If I was sad he would comfort me, if I was happy he would share in my happiness. Without a doubt he was my everything and he was the proudest father.

‘I don’t remember the crash itself but I am haunted by the memories in the aftermath. I remember him reaching and putting his hands in my shoulder.

‘I wasn’t allowed to give him a kiss goodbye. I hope the driver knows how his actions have devastated our lives so much. I don’t know how I will cope as a single parent.

‘My husband will never give out daughter away at her wedding and it upsets me to think about all he will be missing out on.’

In mitigation for Girga, defence lawyer Mr Waheed Baber said: ‘This is something he will live with for the rest of his natural life.

‘He is unable to sleep, he gets flashbacks and finds it difficult to come to terms with his actions. There was no rationale behind it like being running late.’ 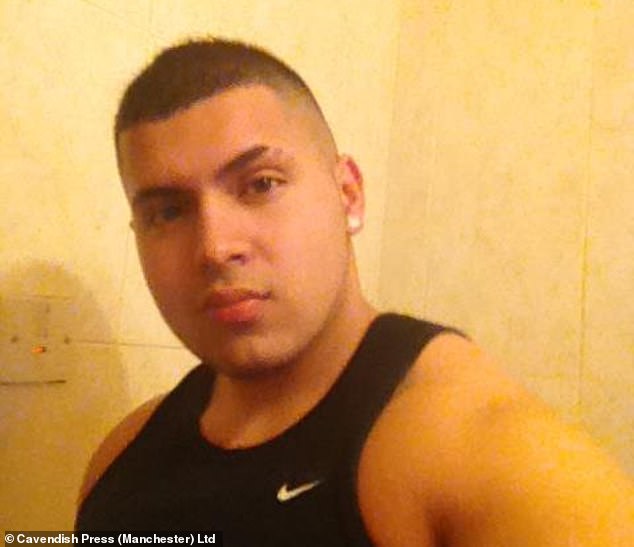