RAF fighter jets today escorted an Air India passenger plane into Stansted after it was diverted en route to New York following an alleged bomb threat on board.

The Boeing 777 plane, which holds up to 396 passengers, was travelling to Newark in the US from Mumbai before being diverted to the London airport at 9.50am this morning after a ‘security alert’.

There was a sonic boom over the Midlands after the fighter jets flew from RAF Coningsby in Lincolnshire to meet the jet and escorted it to the Essex airport.

The 777 is being held in a secluded area of Stansted, which is Britain’s designated airport for terror alerts and hijackings and used for SAS training, as police investigate what happened on board.

More than two hours after it landed in Britain the police and airport have not said if the passengers have been taken off the plane.

Footage from the ground shows Typhoons screeching across the sky near Stansted, where the runway was briefly closed before being opened again.

The 15hr flight from India to America was turned around over Northern Ireland with airline saying it was a ‘bomb threat’ before deleting its tweet. 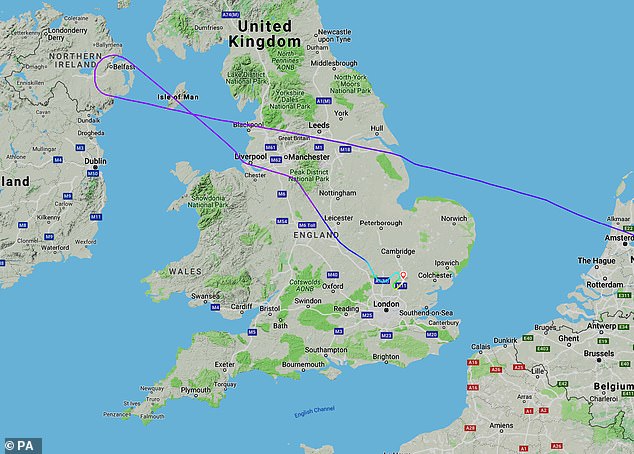 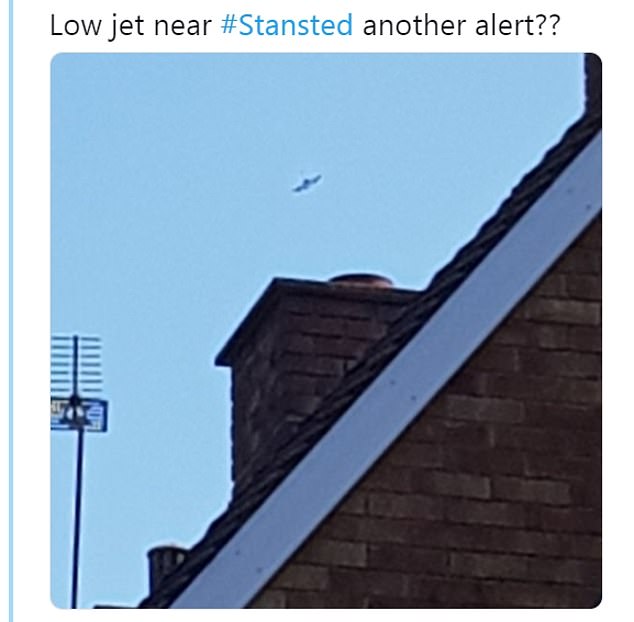 RAF Typhoons were filmed screeching across the sky near Stansted, causing a sonic boom as they flew from Lincolnshire 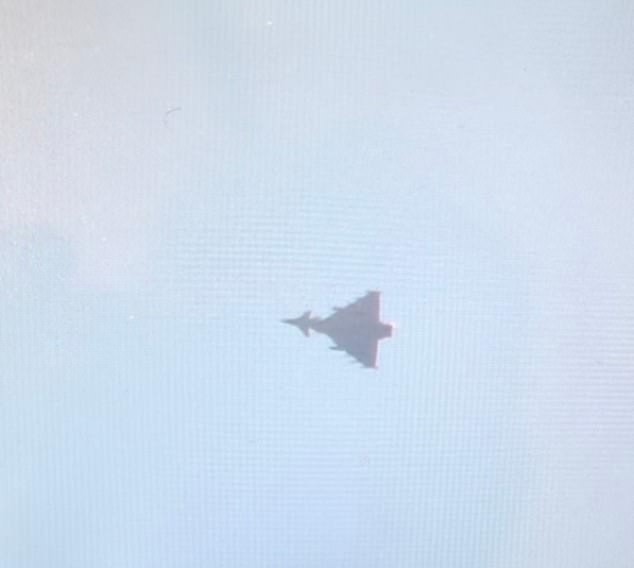 The RAF were called to escort the plane, briefly causing a loud bang as they hit top speed to escort the passenger plane, which carries up to 396 people. It is not known how many people are on board

Essex Police said an aircraft has been diverted to Stansted Airport on Thursday morning after a ‘security alert’.

A statement said: ‘An aircraft was diverted to Stansted Airport at around 9.50am today following reports of a security alert. The plane is currently at the airport and officers are making enquiries.’

Air India tweeted that it was a bomb threat but then deleted the social media post.

A loud bang reported by several residents of Derby on social media has been linked to the unscheduled landing of the Air India Boeing 777 flight at Stansted.

The noise was believed to be a sonic boom caused by the two RAF jets escorting the plane into the airport.

Residents first reported hearing the noise just after 10am today.

Stansted Airport said its runway had now re-opened after the emergency landing.

In a statement posted to Twitter it said: ‘An Air India Boeing 777 diverted into London Stansted Airport at approximately 10.15hrs and landed safely with Essex Police in attendance. It is parked on an isolated stand away from the normal airport operations.

‘Our runway has now re-opened and is fully operational. We are very sorry for any delays and disruption caused by the incident, but our first priority is always the safety of passengers and staff. Thank you for your patience.’ 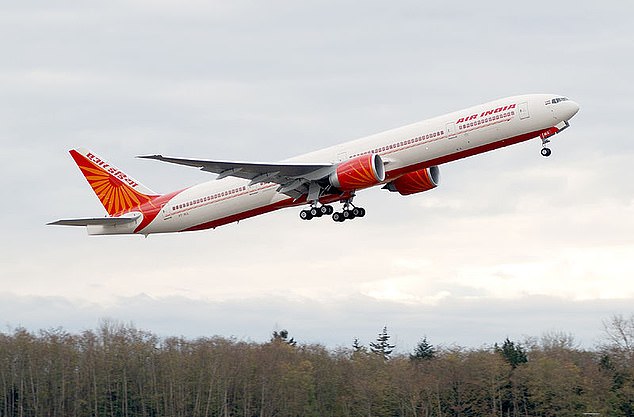 The Air India Boeing 777 plane, file picture, holds up to 396 passengers on the 15hr flight to the US

A spokesman said: ‘The RAF can confirm Quick Reaction Alert Typhoon aircraft were launched this morning from RAF Coningsby to intercept a civilian aircraft. The aircraft was safely escorted to Stansted Airport.

‘The Typhoon aircraft were authorised to transit at supersonic speed for operational reasons; any inconvenience caused to local residents is regretted.’

This is the second incident of a plane being emergency landed at Stansted Airport this week.

A woman who allegedly tried to open a Jet2 plane’s emergency exit mid-air on Saturday.

Two RAF Typhoon fighters were scrambled to intercept the Airbus 321 after the woman allegedly rushed towards the cockpit – with the plane forced to loop back to the UK.