Very few AFL players had to work as hard as Anthony McDonald-Tipungwuti or face as much adversity as the Essendon forward, who shocked the AFL with his premature retirement on Friday.

The Essendon livewire is just 29 and only managed to crack the AFL in 2016, but his legacy will be remembered for a long time to come.

With the club’s season in tatters, fans had hoped the man they call ‘Tippa’ or ‘Walla’ would come to their rescue after taking personal leave in 2021 and dealing with a calf injury.

McDonald-Tipungwuti, along with Toby Greene, Tom Papley and Isaac Heeney, was one of only four players from 2021 to rank among the elite in terms of goals, assists, and involvements in scores.

In the end, family adversity, racism, injury and pressure from afar have conspired to draw the curtain prematurely on the career of one of the AFL’s great entertainers.

‘The Bombers gave me the opportunity to fulfil my dream of playing AFL,’ the 29-year-old said on Friday.

The only @essendonfc player I enjoyed watching.
All the best with life after footy Tippa and congratulations on a fine time as an AFL player.
Your story on getting there was astonishing.

‘I have loved my time at the club and I am so proud of what I have been able to achieve in my AFL career.

“I am also proud of my education, coming to Victoria was to pursue my education and that has been really important for me too.

‘The club and my teammates have been extremely supportive throughout my whole career but I feel really happy to be moving on to the next chapter of my life now.

‘I’m ready for life beyond football. I wish all the boys the best for their future, I’ll be watching on from afar.’ 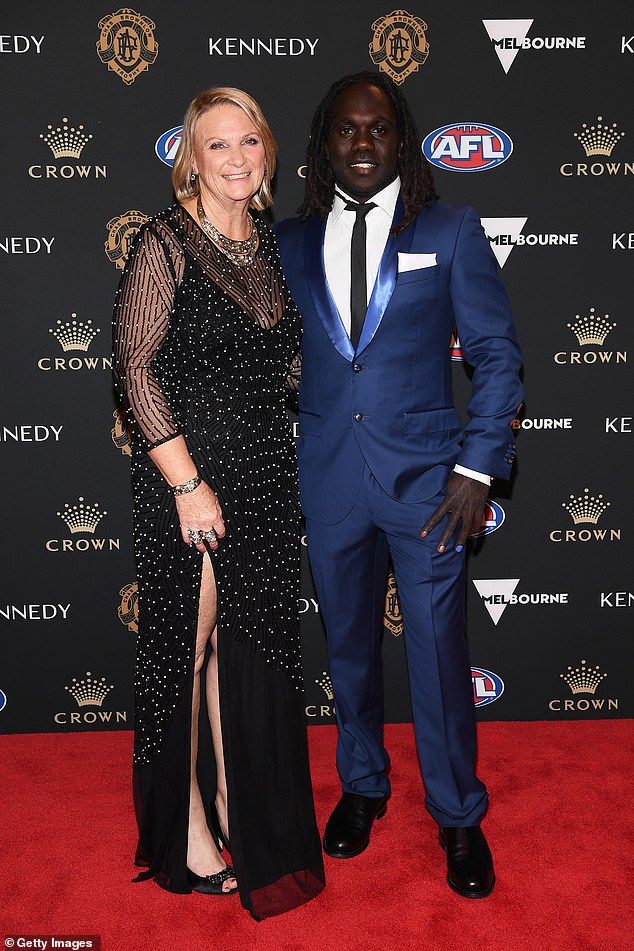 McDonald-Tipungwuti’s started in 2016 when he was given a chance as the Bombers were rocked by season-long bans to players during the club’s drugs saga.

He became a cult favourite in the AFL as fans were blown away by his skills.

However, the road to success was often littered with obstacles and hurdles. Ever since Walla arrived in Melbourne from the Tiwi Islands as a 17-year-old who spoke no English, he has battled family and cultural demons.

In 2019, Tippa revealed he was feeling enormous pressure from the Tiwi Islands with his biological mother regularly calling to try and get him to return ‘home’.

‘They would get drunk and say things that really affected me and made me question everything about my life, who I was, where I had come from, and what I should be doing,’ he told the Herald Sun at the time. 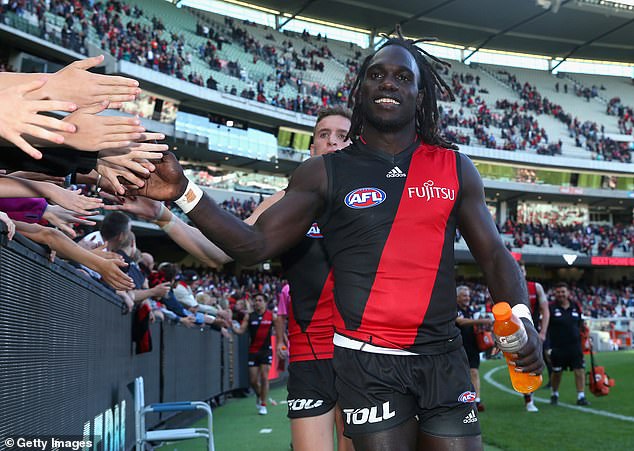 McDonald-Tipungwuti admitted the pressure took him to a dark place which led to a suicide attempt.

‘I was lost again. It was hard on me, and hard on Mum at the same time. I didn’t want to bring all this darkness on to her. I couldn’t do it to someone that I really loved, so I thought it would be better to end it all.

‘I thought it was the easiest way to make everything go away.

‘They think I’m a white man now. They all think that I’ve abandoned them.’

Then, following the Bombers’ 49-point final defeat to the Western Bulldogs, McDonald-Tipungwuti became the target for vile racist remarks on the club’s Facebook page – even though he was on personal leave and did not play in that match.

‘As a society we should never define anyone by the colour of their skin, religion, race, culture or ability,’ he responded on Instagram.

‘In Australia we are one people and a diverse community that should be galvanising together instead of ripping each other apart.

‘My family and I like many others are separated by distance and Covid restrictions which has made this year very difficult for all. We all feel isolated and we should be using our words to unite us in the face of adversity.’

The club identified and slammed the individual responsible for the post.

‘Vilification, racial or otherwise, has absolutely no place in our society. This must stop now, and it starts with all of us in calling out this vile behaviour,’ the club said in a statement.

‘The Essendon Football Club stands in total solidarity with McDonald-Tipungwuti and will continue its fight against racism.’

Tippa was much-loved by Bombers fans – along with many rival AFL supporters – and found strength and solace through his relationship with his adoptive mother Jane. 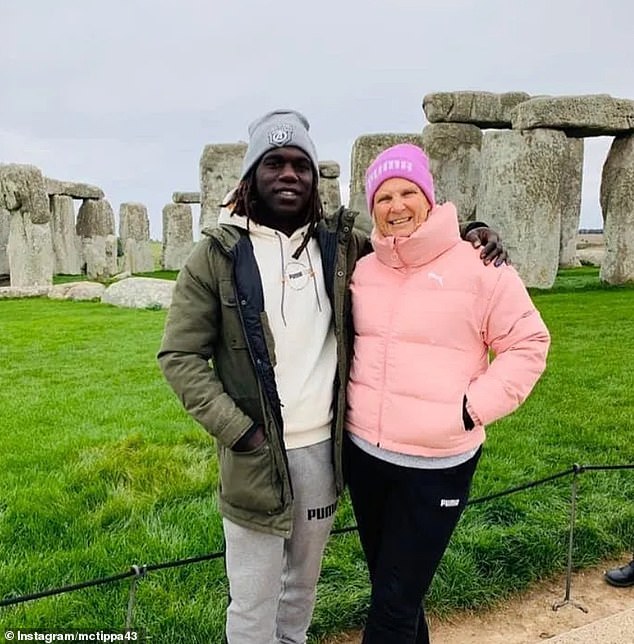 ‘Tippa’ found strength in his relationship with his biological mum, Jane

Jane said another young man came down with Tippa to try and make it in the AFL, a young man who was just as talented as McDonald-Tipungwuti but who succumbed to the pressure from the Tiwi Islands to abandon his dream and return home.

‘The other, CK almost had as much talent as Anthony, went back and he was a hunter, a fisherman, the real cultural man. He committed suicide twelve months ago. It’s a real issue, but people don’t talk about it enough,’ she said.

McDonald-Tipungwuti returned to the VFL in March and Bombers coach Ben Rutten said the club had been optimistic he would return to the top flight at the time.

‘He’s had a bit of off-field stuff he’s been working through but he loves coming to the club, he loves his footy and I know that everyone’s asking about him, which is a great sign because everyone does care about him and he is a much-loved player for us, and we’re doing everything we can,’ he told AFL.com.au.

Bombers football manager Josh Mahoney said that Tippa will be missed by everyone at the club, where he is regarded as a role model, a brilliant athlete and a great friend.

‘Anthony has been a truly wonderful person to have at the club for the past seven years and we are a better football club to have had him within our four walls,’ he said.

There hasn’t been a more joyful Essendon player the last 15 years than Anthony McDonald-Tipungwuti. The swelling noise as he chased someone down was like nothing else I’ve experienced. He was pure electricity. Go well, Tip.

‘Anthony is an incredible role model and his contribution to this game has been profound.

‘We’ve been working incredibly closely to support Anthony over nearly the past 12 months in dealing with his personal matters, and while we will miss his brilliance on the field, we accept and support his decision knowing his ultimate happiness is the utmost priority to all.

‘This is the best decision for Anthony as a person.

‘He will be missed around the club and by his teammates, but we sincerely wish Anthony, his partner and family all the very best in his next chapter of life.’

Help is available for all Australians

If you are experiencing depression, anxiety or suicidal thoughts, there is help available.

Beyond Blue aims to increase awareness of depression and anxiety and reduce stigma. Call 1300 22 4636, 24 hours/7 days a week, chat online or email.