A series of WhatsApp messages released by the House Intelligence Committee appear to show a Trump-backing congressional candidate had the U.S. ambassador to Ukraine ‘under physical surveillance’ in addition to trashing her while communicating with a Rudy Giuliani associate.

In the messages, Trump backer Robert Hyde refers to former U.S. ambassador to Ukraine Marie Yovanovitch with the expletives: ‘F*** that b****.’

His exchanges with Giuliani associate Lev Parnas appear to indicate Hyde was monitoring her movements, according to the documents.

‘She under heavy protection outside Kiev,’ Hyde writes in a March 23 message.

As summarized in a letter by House Intel chair Rep. Adam Schiff: ‘Mr. Hyde … sent a series of text messages suggesting that he had Ambassador Yovanovitch under physical surveillance in Kyiv and that ‘They are willing to help if we/you would like a price.’

That referenced an additional message.

‘They are moving her tomorrow,’ Hyde announced March 25. ‘The guys over there asked me what I would like to do and what is in it for them.’ 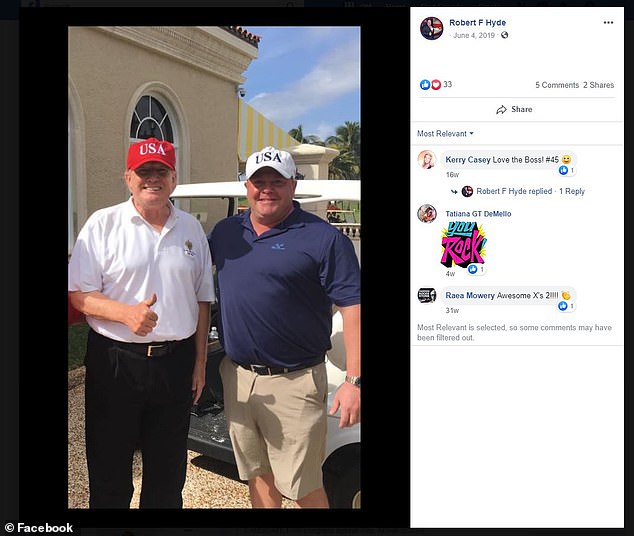 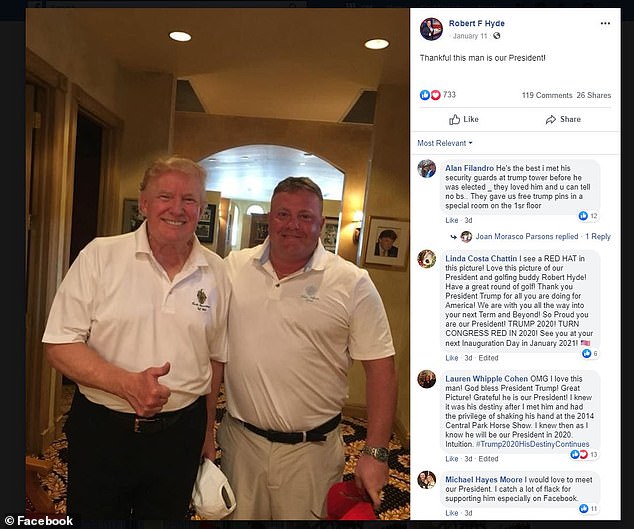 Trump gives a thumbs-up in one photo, which has a photo of Trump in the background 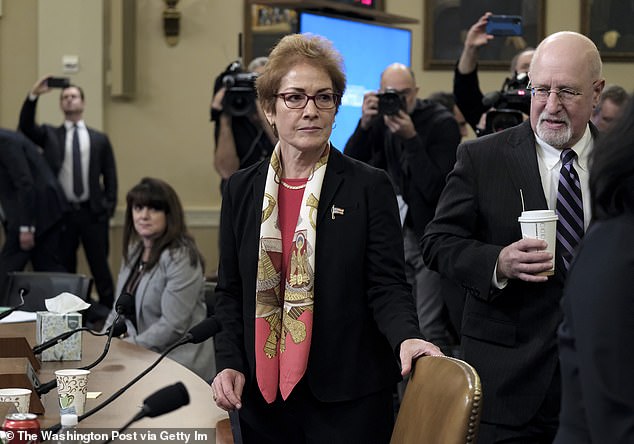 Hyde says ‘F*** that b****’ in relation to former U.S. ambassador to Ukraine Marie Yovanovitch 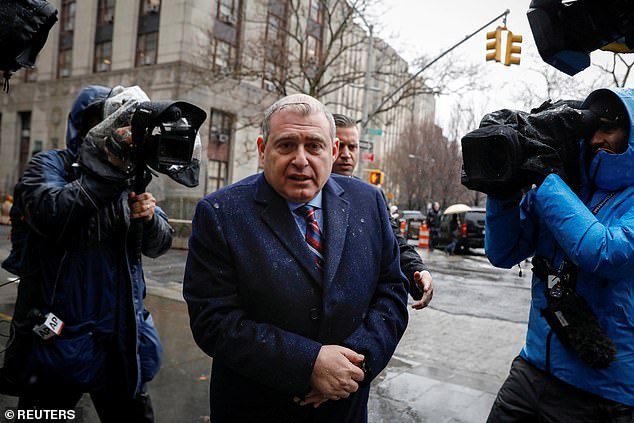 ‘Private security. Been there since Thursday,’ he wrote in another message. ‘They will let me know when she’s on the move.’

‘They are willing to help if we/you would like a price,’ Hyde added in another message that day.

‘Guess you can do anything in the Ukraine with money … what I was told,’ he added.

A March 26 message states: ‘If you want her out they need to make contact with security forces.’

Seconds later, he added: ‘From Ukrainians.’

A day later, he wrote: ‘Nothing his changed she is still not moving they check again today.’ 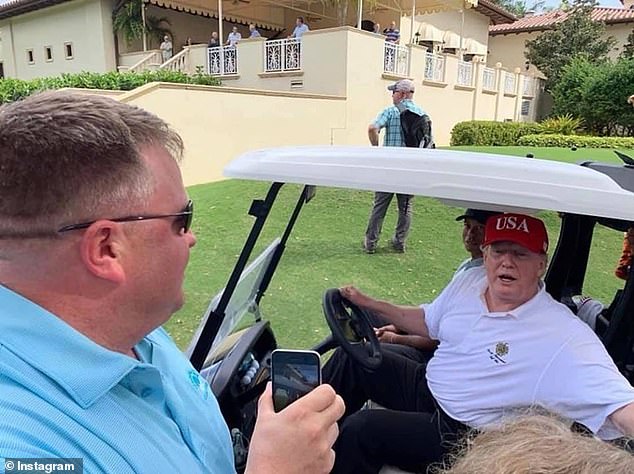 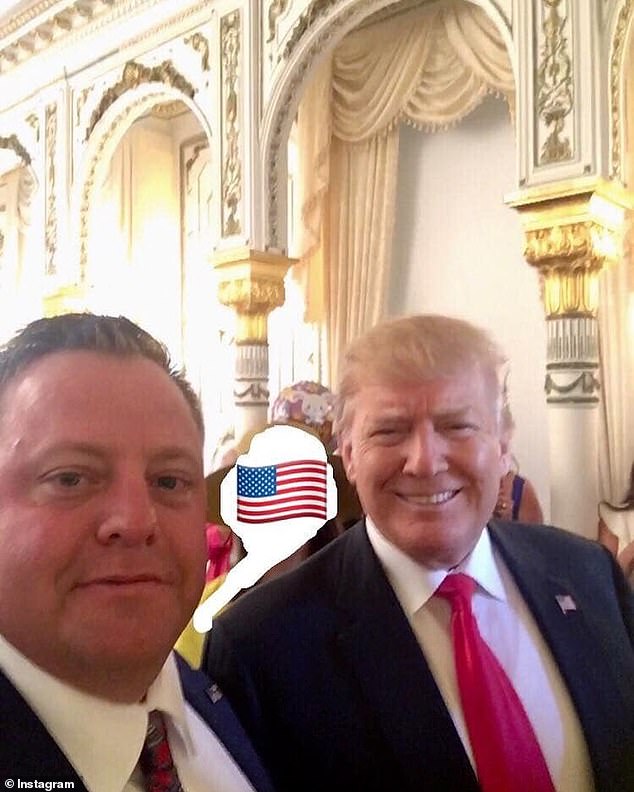 Other messages show monitoring of her contacts, not just her movements. ‘She had visitors,’ said one Hyde message, from March 29. ‘It’s confirmed we have a person inside.’

‘He fired her again,’ Rudy Giuliani writes in an April 23 message.

Other messages have Hyde disparaging Yovanovitch, who testified in the House about what Democrats termed a ‘smear campaign’ against her meant to paint her as disloyal to promote her ouster.

Hyde’s Instagram account appears to show him golfing with Trump, inside a Trump club in front of a picture of Trump, and bowling at the White House bowling alley.

Hyde posted on Twitter that bashed Yovanovicth and made a fundraising appeal: ‘Thank you for your kind words and support. Please click the link to make a contribution to our campaign so we can help get the house from Adam Bull Schiff and find the 12 billion dollars that disappeared in Ukraine under Maria Yovanovitch, he wrote, going after Rep. Adam Schiff, a Trump nemesis. 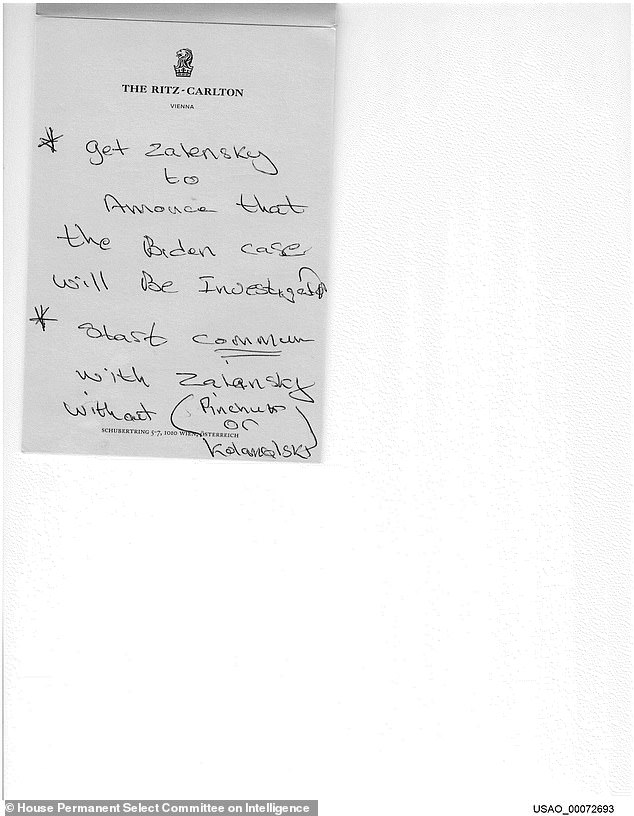 Another document states: ‘get Zalensky to announce that the Biden case will be investigated,’ in reference to the president of Ukraine

Yovanovitch’s lawyer told NBC News the notion that American citizens or others were ‘monitoring Ambassador Yovanovitch’s movements for unknown reasons,’ calling it ‘disturbing’ and calling for an investigation.